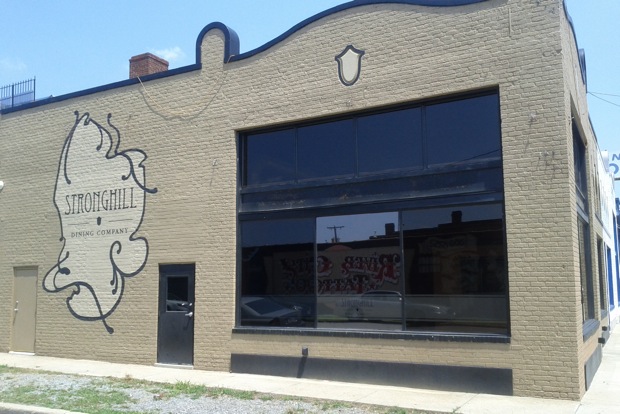 Fat Dragon is slated for the Stronghill building at 1200 N. Boulevard. (Photo by David Larter)

A defunct restaurant on the Boulevard is getting a new lease on life.

The Rebkee Company purchased the old Stronghill restaurant building at 1200 N. Boulevard for $1.1 million and is leasing it to local restaurateur Chris Tsui, who plans to open a Chinese restaurant called Fat Dragon.

Tsui is the man behind popular Richmond restaurants Osaka and The Blue Goat, among others.

The deal on the parcel closed July 3 and adds about 11,000 square feet to Rebkee’s 143,000 square feet of holdings in the area. The company also is planning 178 apartments at the neighboring Interbake cookie factory.

Union First Market Bank is the lender on the deal. Rebkee bought the building from Magnvs Properties.

Plans for the restaurant are in the early stages, but Fat Dragon Holdings LLC is listed as a co-owner of the property on city records.

Local developer and city council candidate Charlie Diradour, who has been active for years in the Boulevard’s development, said he’s glad to see the neighborhood turning around.

“I’m absolutely excited about what’s going on the Boulevard right now,” Diradour said. “I think we’re seeing the resurgence of the mixed-use properties there.”

I was sorry to see Stronghill close, but am very excited to see a strong restaurant presence coming in so quickly!