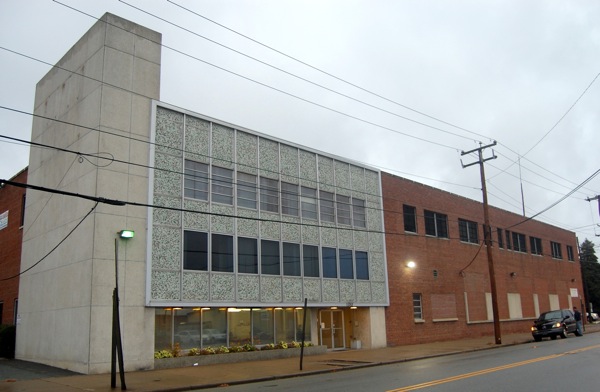 The building at 1310 Roseneath Road used to be a Coca-Cola bottling plant. (RBS photo)

In one of the largest apartment projects slated for the old industrial section of Richmond, Spy Rock Real Estate last week filed a special-use permit application for a four-story, 220,000-square-foot apartment building near West Broad Street and Roseneath Road.

If approved, the 193-apartment building would occupy the old Coca-Cola bottling plant at 1310 Roseneath Road and would include a new construction component.

Spy Rock, started in 2009 by University of Virginia graduates Taylor Williams and Andrew Basham, has developed about 550 apartments, mostly in Hampton Roads but including 75 units in Shockoe Bottom at 20th and East Broad streets. The Scott’s Addition project would be the developers’ largest in the city to date.

Basham told BizSense last year that he was worried the market was saturated and that he would hold off on apartment development in Richmond for the time being. But Basham says the Scott’s Addition project is different from others in the vicinity.

“I think the new construction sets our project apart,” he said. “All of the units in the new portion will have a balcony. They will all have plenty of light and plenty of air.”

Williams said that one of the apartments in the rehab section is slated to go without an exterior window.

“We tried very hard to avoid it,” Williams said. “It does open into an atrium, so there will be natural light getting in, and you’ll be able see outside.”

According to Basham, another reason the project should succeed is ample parking.

“We are certainly cautious about new construction, but I think one of the keys to sustainable development is providing parking. We’ve got 264 parking spots, and that’s nearly 1.4 spaces per unit. You’ll see a lot of people are building without parking, and I think that’s short-sighted.”

The project should cost $20 million to $25 million. The building is under contract, and the developers are lining up financing. They hope to start work on the building in the middle of next year.

Lot owner David Dagenhart of Dagenhart Sprinkler Co. bought the property from Coca-Cola in 2007 for $2.15 million, according to city records.

” ‘We are certainly cautious about new construction, but I think one of the keys to sustainable development is providing parking. We’ve got 264 parking spots, and that’s nearly 1.4 spaces per unit. You’ll see a lot of people are building without parking, and I think that’s short-sighted.’ ”

With all due respect (and I wish them much success on this project), but I think they may have that a little backwards. Sustainable development would ideally create an environment where 1.4 parking spaces per unit would be unnecessary.

Youre in the city. Its not about parking. You have a suburban mentality. Read the “High Cost of Free Parking”,

Best of luck, guys! Scott’s Addition is poised to be the next hot spot and this venture will prove to be very successful. If only someone would re-open the Triple!

Mike, the others are on the mark. In a city there are options to cars, especially multiple cars per household. Car ownership is decreasing. There are also means to ensure adequate parking without each building having dedicated spaces for everyone. Shared parking ensures greater efficiency and utilization of parking. People always talk about how RVA doesn’t have enough parking. We have TONS of spaces, but they are inefficiently managed. Parking lots and decks used by office buildings during 9-5 business hours are empty when residents and downtown patrons are looking for surface parking. Makes no sense. Smart developers have previously… Read more »

The parking is on PRIVATE property. There is no cost to anyone other than the tenants and the owners.

SpyRock is a quality developer and this is a great location for apartments. Add to this the units coming on line at 3600 Centre and FFV, and there will be a renewed emphasis on bringing another high quality grocer to the area soon.

I think what Jay means is a work/live/play society where you can walk or ride a bike to wherever you need to go. That’s all fine and dandy in theory, but Richmond is a VERY old city that wasn’t forethought to operate as such.

Hats off to these guys, any development that’s built with honest money and that tenants fill quickly is a plus to the city of Richmond. Especially in a neighborhood blighted by Justin French.

Funny part to me is the Coca-Cola use in the name. Coke stripped everything and even took the old glass looking bottle so it is just not the same. :<(

I doubt Coca-cola allows them to use their brand name.

I really wish there was a better way to designate Historical Tax Credits rather than age alone. This building doesn’t look like anything worth saving. Warehouse does not historical make. My-2¢

I live three blocks from here and don’t even own a car. The west of the Boulevard area has a lot of amenities and is a sinch to get around on foot or bike.

Why the emphasis on parking? it’s scotts addition: the streets are empty already. Build on that land instead of making it a blacktop parking lot!