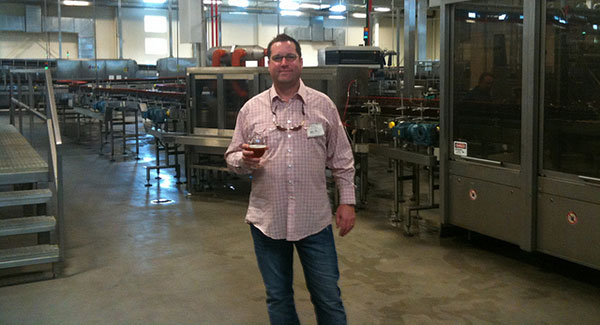 Richmond had better be thirsty, because it’s getting another brewery.

Strangeways Brewing is preparing to open in an industrial property just off Staples Mill Road, not far from Willow Lawn. Neil Burton, who has been active in the local beer scene for some time, is behind the operation.

Strangeways has secured its lease and launched a Facebook page and website, but Burton, reached by email, said he wasn’t quite ready to discuss the details. 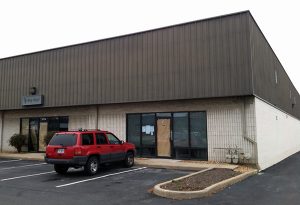 According to building permits filed with Henrico County, Strangeways is building out at 2277 Dabney Road, Suites A and B, which is about 8,400 square feet, according to floor plans on owner Brandywine Realty Trust’s website.

The property is across the street from the headquarters of Loveland Distributing, one of several local beer distributors with which Strangeways will consider signing  a contract.

Burton was influential last year in getting a bill through the General Assembly that allowed brewers to contract with other breweries to produce beer. Previously, brewers had to own the real estate on which they brewed in order to sell their beer in Virginia.

Strangeways will be entering a fast growing local beer industry. Richmond has four craft breweries, three of which opened in the past two years.

Center of the Universe opened in Hanover County late last year, Midnight Brewing Company opened in Rockville last summer and Hardywood Park opened in Richmond in 2011. Legend Brewery in Manchester has been in business for 19 years.

Jacob Brunow, head of the craft and import division at Brown Distributing, said that Richmond brewers aren’t even close to saturating the market.

“If you look at a place like Asheville, [N.C.],” he said, “it’s a smaller city with a smaller population, and it has 11 breweries. And that’s really what we want to see in Richmond.”

Brunow said that 25 percent of the taps in Asheville’s pubs are local and state beers. In Richmond, he said, that number falls between 10 and 15 percent.

“Local [and Virginia] beers make up 2 percent of the total beer market in Richmond,” he said. “There is plenty of room to grow – especially in competition with import beers, because those are the more expensive.”

Glad to hear there is more local brew in the works. What I don’t understand is, now that the law for breweries to sell beer on site like wineries is good, why aren’t these new operations taking advantage of that? Look how much revenue Hardywood brings in on location. There were hundreds of people there this past Saturday buying beer, t-shirts, growlers, etc. That happens every weekend! Most Thursdays and Fridays are packed as well. Why aren’t these new breweries setting up like the popular wineries? Why aren’t they taking advantage of a prime piece of real estate or at… Read more »

A lot of it comes down to start up costs and zoning. Start up costs are bad enough without having to pay for a prime piece of real estate. The other thing is zoning. You can’t do a brewery in many of the local retail districts without having a full on restaurant, so those concentrating on beer are locating in cheaper industrial areas. As seen by Hardywood, this isn’t necessarily bad, as you can still have a lot of room for events in a warehouse type space. Besides, having a restaurant in addition to a berwery isn’t always a good… Read more »

Brett, I don’t know about Midnight Brewery but I know that Center of the Universe has a large tasting room and hosts events all the time and they only opened a couple months ago. They have a realease party this Friday with a band as a matter of fact. You should check them out. They are right off I-95.

Most problems with setting up a brewery without a full restaurant are because of the “waste” generated (grains, etc), they are required to be established in an industrial park setting.

He is a great guy and very popular in the craft beer world. Very excited about his brewery opening up. Hope there is a follow up when he is ready to discuss the details.
Good luck Mr. Burton!

Neil Burton is the next King of beer. I am looking forward to taste the beers from Strangeways Brewing, and I have no doubt that he will be successful. Good luck Mr Burton. May the Fors be with you.

I don’t think a restaurant is a good idea at all. That’s not what I really meant. The point is you don’t need to have a restaurant or food by law anymore. What you do need though is space. Lots of space for people to come hang out. Wineries don’t have restaurants but they have large areas for people to hang out and even create event space for people to have private or public parties. I understand what you are saying about the zoning, but there are industrial areas that are near up and coming areas. Look at Manchester for… Read more »

Best of luck to you Neil Burton ! I look forward to having Strangeways Brewing beers on sale at my store. I know you will develop some great brews, and we will push them for you.

So is the brewery named for Strangeways, the district in Manchester [England]? Or the Smiths album Strangeways Here We Come, which refers to the prison that is the area’s best-known landmark?