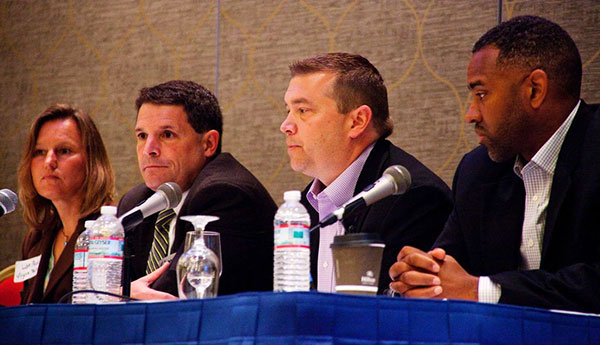 It was sports talk with a side of bacon.

Richmond BizSense tackled some of the most pressing issues in college sports at its Breakfast of Champions event Tuesday morning.

About 100 people attended the event at the Hilton Richmond Hotel & Spa/Short Pump to hear representatives from three Virginia universities, a Richmond-based athletic conference and a major bowl sponsor discuss such topics as conference realignment, student-athlete compensation and the chase for TV revenue. 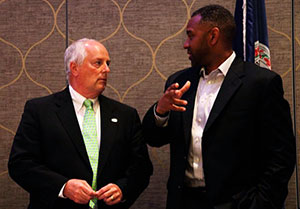 “I think the result has been a complete erosion of trust in college sports,” said Tom Yeager, commissioner of the Colonial Athletic Association, of schools jumping from conference to conference. “People who have worked together for decades no longer trust each other. I think we’ll have to wait years to see how everything plays out.”

The panelists also examined whether or not college athletes should be paid.

Cory Alexander, a former UVA point guard who played for four NBA teams, said that student athletes should not be paid by universities or the NCAA but that they should be allowed to sign with agents. Alexander is now a broadcaster for the ACC.

Glen Hofmann, an associate athletic director for VCU, said it’s important to factor in the tens of thousands of dollars in scholarship money many athletes receive.

Other panelists included Lisa Rudd, an associate athletic director at Virginia Tech, and Byron Daub, the senior director for brand sponsorship at Capital One. 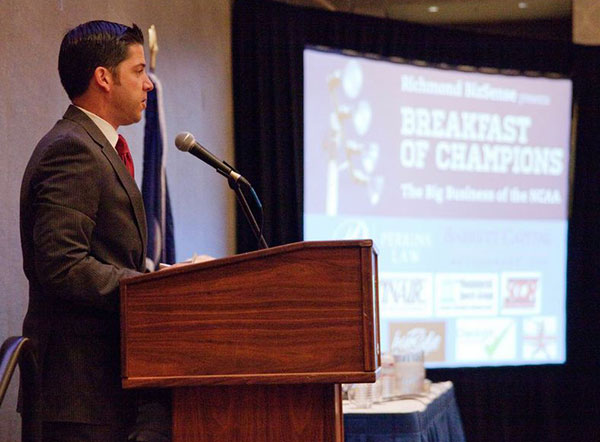