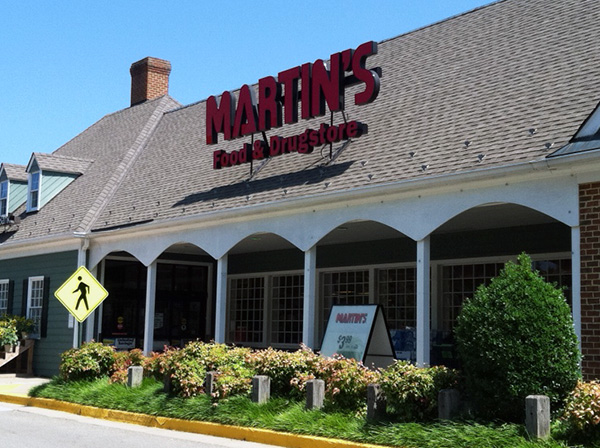 Three years after buying into the Richmond grocery scene by gobbling up Ukrop’s, Martin’s Food Markets is closing a location in the West End.

The Martin’s grocery store at Gayton Crossing shopping center will be shut down by Oct. 26, the grocery chain announced Monday.

The 38,000-square-foot store, which sits back-to-back with a Kroger store, wasn’t hitting the numbers set by Martin’s and its Dutch parent company Ahold, the chain said.

“As with any business, we have goals that are put in place for each of the stores and of course we feel it’s very good business practice to continually evaluate our store base,” said Martin’s spokesman Chris Brand. “In this case, it was a very difficult decision, but in the end [the Gayton location] was not achieving those goals.” 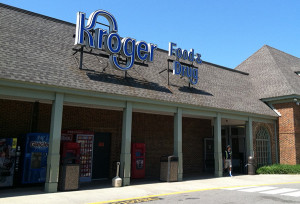 The Kroger at Gayton Crossing.

Martin’s was the region’s top grocer over the past year, according to a report released in June by Food World, a trade publication. It found Martin’s controlled 16.6 percent of the local market share.

“When Gayton Crossing was developed in the early ’80s, we were able to get away with that, given that Ukrop’s was kind of the boutique grocer in Richmond and really had its own following,” he said. “When you have two larger chains side-by-side that compete for the same customer, that’s difficult.”

Pucinelli said he’s confident that the Martin’s store will get filled.

“We’re going to market the space to all of our national clients,” he said. “Given the occupancy rate in Short Pump, we feel there may be some great overflow of big box retailers that may be looking to land at Gayton Crossing.”

Jim Ashby, a broker with Cushman & Wakefield | Thalhimer, will market the space for Regency Centers.

Brand reiterated that Martin’s will continue to invest in the Richmond market. The chain will still have 23 stores in the area, including several nearby the Gayton location on John Rolfe Parkway, West Broad Street and Pump Road. It is working to open a new 74,000-square-foot store at Charter Colony in Midlothian.

The Gayton store has 97 employees, 37 of whom are full-time workers.

The part-time workers will be offered positions in nearby stores, Brand said. The full-time employees will receive severance and transition support, or can attempt to move to other stores.

Martin’s Gayton location opened as a Ukrop’s in late 1981. It was one of 25 locations that Ahold acquired in 2010 with its buyout of Ukrops.

It’s a smaller space than what the chain typically takes on today, with store sizes ranging from 50,000 square feet up to 100,000 square feet at its superstores in Pennsylvania, Brand said.

Martin’s has no plans to close any other stores, he said.

The sale of the Ukrops stores is a classic example of how important culture is to success. Under Ukrops, the prices were high but the genuine and helpful service was great. Under Martins, the employees standing around outnumber the customers and you still cant get some help. They know you are standing at the counter but act like they dont see you. Also, heavven forbid if an employee from one department help out an employee in another. ps: I still shop at Martins/Ukrops but getting closer to switching

I agree to an extent Gary, but I do think Ukrop’s had lost a lot of its edge in the customer service category towards the end.

Investing in the area. They are closings TWO stores, or to get techinical closing one and relocating one. Charter Colony is only replacing the store at Sycamore Square. This store is underperforming too but luckily there is cheap land nearby to build a new store.

There are a lot of other Martins stores that are pretty small and don’t really fit what they want to do. Some are also pretty slow. We will see how this shakes out. As noted above the wheels were coming off the Ukrops wagon way before Martins bought them. So many of the stores are by industry standards small, in bad/old locations and are in need of updating. Part of the customer service issue is that labor costs have been slashed. This stresses employees so they focus on their task and often lose site of the bigger picture. I’m not… Read more »

I hate to see anyone lose their job but I have to say, this is no big loss. In my opinion, Martin’s is a horrible grocery store with no compelling reason to shop there.
Ukrops didn’t do Richmond any favors when they sold it to Martin’s.

Pretty stupid to build the Martins at corner of Charter Colony/Midlothian, Kroger is right across the way…They should have closed the one they are “moving” instead, as the Martins is still a few miles down in front of Chesterfield Town Center…

The Staples Mill store (just north of Glennside) seems like it is struggling as well, and seems to have older inventory. The only thing keeping this store open is lack of competition – all miles away.

Perhaps when the new Libbie Place opens up in a year or so, there may be a change in the market (so to speak).

While I agree that Ukrop’s had lost its edge compared to its heyday in the 80s and 90s, it was only a drop from an A-excellent grade to a B-above average mark. Martin’s, from the day it opened its doors in Richmond, has continually earned an F-failing grade in service and D-below average grade in product. I tried to continue shopping there (at their Chesterfield Town Center location), in order to buy Ukrop’s deli and bakery items, but this year, I finally gave up altogether and switched to the Midlothian Kroeger’s near 288.