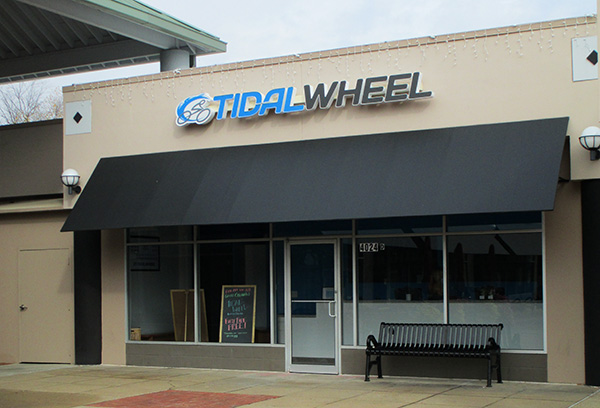 Tidal Wheel, a brand of stationary cycling studios, in October opened a second Richmond location at 4024-D Cox Road in Innsbrook. It’s the company’s third gym since it was founded in Virginia Beach in September 2012 and its second in Richmond this year.

Owners Ryan Kelly and Mike Timms signed a seven-year lease for the 1,600-square-foot space that was previously occupied by Hondo’s Prime before the restaurant moved to 4120 Cox Road.

Tidal Wheel entered the Richmond market in September, when it opened at 5807 Patterson Ave. in the West End. 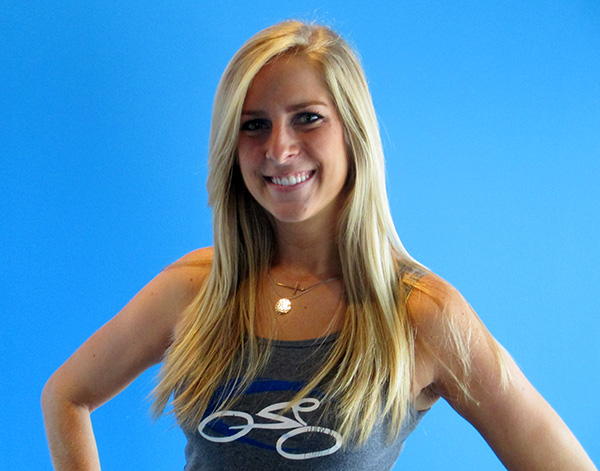 The gym offers indoor cycling on stationary bicycles that incorporates resistance bands that hang from the ceiling and dumbbells fitted onto the handlebars. During the 45-minute classes, an instructor motivates and instructs participants while pulsing music plays in the background.

“People say it’s like a party on a bike,” said Alyssa Halter, Tidal Wheel’s regional manager. “It’s almost like a club atmosphere with the dark lights.”

With its expansion to Innsbrook, Tidal Wheel is hoping to draw on the high volume of workers and shoppers in the area.

“Innsbrook is where [people] shop and work, but not necessarily where they live,” Halter said. “We’re hoping that once we get the word out people will come in for their lunch break.”

But it will have its share of competition in the local fitness market.

“The trend right now is the workout-specific boutique,” Halter said.

That movement has the company looking at further expansion.

“We eventually want to be all along the Mid-Atlantic,” Halter said. “We have our sights a little farther north.”

The Innsbrook location has 30 stationary bicycles. A single class costs $18, 20 classes can be purchased for $260 and a single month with unlimited classes costs $149. In Virginia Beach, Tidal Wheel has about 150 subscriptions for monthly unlimited classes.

As an additional revenue stream, the company is planning to launch its own branded apparel line.

The Innsbrook studio is operating on a limited schedule for now, offering three to four classes each day until it increases its pool of instructors and builds its customer base.

The company has about 11 instructors that go back and forth between the Innsbrook and West End locations, and it’s looking to hire more. It employs about 40 people between its Hampton Roads and Richmond operations.

Having spent no money on advertising, Tidal Wheel is relying on social media and its cyclists to peddle its brand.

“Our riders are typically our best sellers,” Halter said. 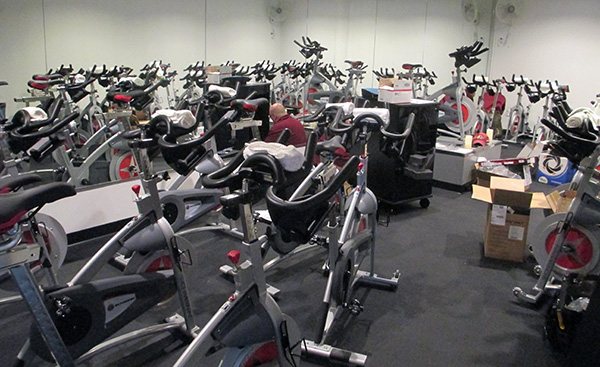 The Innsbrook studio has 30 stationary bicycles.