Richmond’s burgeoning booze business is getting a little sweeter.

Bill Cavender and his wife, Jayne Heffner, are building a 500-gallon fermenting factory in Scott’s Addition that will produce mead, a wine-like drink made from fermented honey. 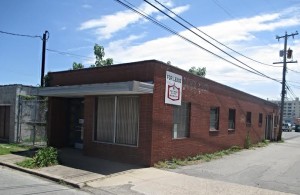 Their new business, Black Heath Meadery, will churn the product out of a 2,000-square-foot space they are leasing at 1313 Altamont Ave.

When Black Heath opens this fall, Cavender said he hopes to capitalize on the microbrew craze – there are two breweries within a half-mile of the site – but with a product that will appeal to a different taste.

Mead is made by fermenting honey with water, yeast and often other fruits or spices. Cavender and Heffner are investing about $50,000 in Black Heath. About one-third of that will pay for equipment, which Cavender said will include a row of 200- and 50-gallon fermenting tanks.

Cavender grew up in Northern Virginia, and his neighbor was a beekeeper. He said he remembers working on his beekeeping merit badge as a 12-year-old Boy Scout on his neighbor’s farm, sparking an interest in bees and honey.

He began brewing his own beer in 1990, a year after he graduated from the University of Richmond. He shifted to making mead when he moved to Texas in 1991.

“The ambient temperature was on the warm side for beer, which was giving me unfavorable flavors in my beer,” he said. “The wine yeasts are happy at 80 or 85 degrees.” 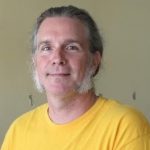 His hobby began morphing into a business last year when he launched the RVA Mead Lab. He raised about $7,500 on a Kickstarter campaign, set up a small mead-making outfit at his Chesterfield home and brought in crowdfunders to try different recipes.

Visitors could make a gallon of mead for $50 and three gallons for $100. Mead Lab customers could follow any recipe, but they had to leave a few bottles behind for Cavender and future patrons.

The Mead Lab ran for about a year. Cavender said he didn’t make a profit, but he did build a cookbook with more than 80 recipes. He said his favorite is a recipe for a nutmeg-infused mead written by an Englishman named Syr Michael of York in the 13th century.

Cavender plans to open this fall with a traditional honey mead as well as raspberry and ginger flavors that will ferment in the smaller tanks. Most of Black Heath’s honey will come from Louisa and Nelson counties, and Cavender said he will source the rest of his ingredients from within Virginia as well.

“Any fruit you can think of that’s grown in Virginia, I’m pretty sure I’ve tried it in a mead,” he said.

Black Heath will try to put its product on tap in 5-gallon kegs at local microbrew-centered bars. The company will also sell small bottles from its Scott’s Addition storefront for $10 to $20, depending on the size and product.

But Black Heath won’t be able to sell mead by the glass at its tasting room, a privilege Virginia breweries have enjoyed since 2012 and Manchester’s Blue Bee Cider has taken advantage of for about a year. 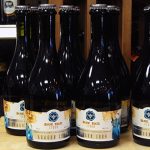 Cavender said he is keeping a close eye on mead-focused national lobbying groups, hoping changes in federal law may trickle down to Virginia. He’s also working with a state legislator to try to push a bill that might allow all wineries under a certain production level to serve glasses from their tasting rooms.

For now he’ll offer tours at the tasting room and said he hopes beer enthusiasts will swing by while visiting Scott’s Addition’s Isley Brewing Company and Ardent Craft Ales.

Go Bill! I’m super excited for this. His Mead is amazing. I hope the rules change to let people buy it in house. I always considered Mead a “honey beer”, not wine. I’m surprised they are classifying it as a winery.