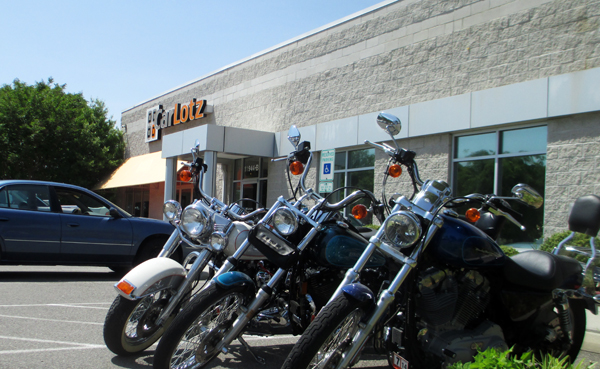 CarLotz has announced a fast-paced expansion plan propelled by $7 million in investments in three years. Photo by Michael Thompson.

A local used car consignment startup is once again punching the accelerator.

Co-founder Michael Bor said the company will use the money to add 10 more CarLotz locations in the next two years. It currently has lots on the Southside, in the West End and in Chesapeake.

“We’re actively looking for space in Northern Virginia, Maryland, Hampton Roads, down in the Carolinas in Raleigh and Charlotte and even down into Georgia in Atlanta,” said Bor, a former Richmond investment banker. “We feel like we’re in a position now where we can take this model we’ve built and try to replicate it along the East Coast.”

CarLotz is a used car dealership that allows car owners to sell a vehicle without having to market it themselves or unload it at a discounted dealer trade-in rate. 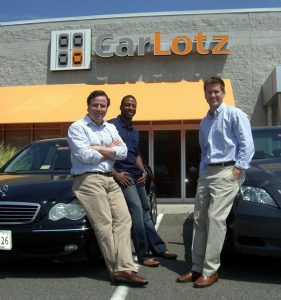 Owners bring their car to CarLotz, pay a $199 fee to prep the car for sale and then set an asking price with a recommended number from CarLotz.

CarLotz handles marketing, fields calls and works test drives until the vehicle sells. Regardless of what the vehicle sells for, CarLotz takes a flat $699 fee when the new owner drives it off the lot. The company has sold motorcycles for less than $3,000, and its biggest deal so far was a $125,000 Lamborghini.

Bor co-founded CarLotz with Aaron Montgomery and Will Boland. The company launched in May 2011 with its Midlothian Turnpike location. Over the next year, CarLotz brought in about $2 million of investor money through a pair of capital raises and opened its second lot in the West End in June 2012. In November 2012, CarLotz set up a third shop in the Hampton Roads area.

The company has now raised about $7 million in capital since its founding. The latest round drew cash from current stakeholders as well as a new batch of investors with experience in multi-site retail expansion, real estate and the automotive industry.

Right now the company can hold between 200 and 250 cars combined at its three locations. CarLotz sells more than 90 percent of the cars it brings in, Bor said. The average time from listing to sale is about 23 days. Some cars will sell in a day or two, while a $125,000 Lamborghini might take much longer.

Bor said he originally hoped to have five or six stores open by now, but the company put the expansion plan on hold to focus on developing the technology that drives CarLotz.

Meanwhile, CarLotz has brought in and sold cars from several business clients looking to unload fleet vehicles. It’s a market that Bor said was never a part of the original business plan. 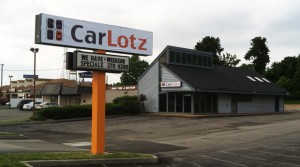 It has also launched a spinoff corporate rental business called Orange Grove in a joint venture with another firm. Orange Grove rents out fleets of vehicles to companies for a set time. Once those cars have outlived their usefulness as rentals, Orange Grove sells them through CarLotz.

CarLotz will face a few major challenges as it chases its aggressive two-year growth plan, Bor said. First, suitable real estate is hard to come by. The company could do with as little as 1,000 square feet of under-roof space per location, but each lot needs plenty of outdoor space to hold inventory.

Finding good staff to work each store and getting the word about CarLotz out to both buyers and sellers in a new market will also be difficult barriers to overcome, Bor said.

If all goes according to plan, he said the next few CarLotz should pop up not far from Richmond.

“We have a general tendency to want to grow geographically outward from our core,” Bor said. “If our next spots were in Fredericksburg, Charlottesville and Raleigh, that would be best, but if we find the perfect space in Atlanta, Charlotte or Baltimore, we would jump on that opportunity as well.”