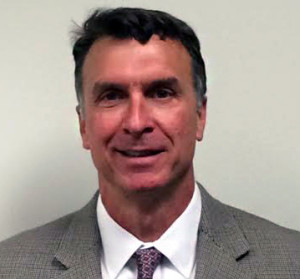 That’s the revenue growth mark achieved by Achieve 1, a 3-year-old Glen Allen-based IT firm that’s tapped into a steady stream of major clients to quietly become one of the most successful young companies in the region.

Its enviable trajectory landed it atop the second annual RVA 25, a Richmond BizSense list that tracks the fastest-growing companies in Richmond.

Achieve 1 was one of an eclectic gathering of 25 local firms that collectively generated hundreds of millions of dollars in revenue last year alone and employ more than 1,600 total workers. Fourteen of the 25 firms reported average annual revenue growth of more than 100 percent between 2011 and 2013.

But by far, Achieve 1, founded by Mechanicsville native Mike Thomas, was the leader of the RVA 25 pack.

The company had an average annual revenue of 14,455 percent in the three-year period between 2011 and 2013. Its growing list of clients consists of financial institutions and healthcare companies and has helped push Achieve 1’s annual revenue well into eight figures.

“The growth has been very good,” said Thomas, a graduate of Radford University. “A lot of that has been because we got into these accounts and serviced them really well.”

Thomas describes Achieve 1 as a systems integrator. It sells and installs much of the technology systems that businesses use in their day-to-day operations. In particular, the company’s growth has been fueled by data center installation and management and helping customers move their data systems back and forth from the ubiquitous cloud.

“That’s huge right now,” Thomas said of data migrating to the cloud. “That’s the biggest push in our industry.”

Thomas, 51, worked for various larger companies in IT over the years until he jumped to a smaller firm. When that move didn’t work out, he struck out on his own, focusing initially on helping small and medium-sized companies move their information to the cloud.

Thomas started the company with just one other employee. He was doing sales and service calls.

“I was doing a little bit of everything,” he said. “Life changed real quickly.”

Achieve 1’s employee headcount has more than tripled from 2012 to 2013 to 24, and the company just sent a team of employees for a big job in West Virginia. It’s also eyeing opening an office in Raleigh, N.C. It’s headquartered in Innsbrook at 4501 Highwoods Parkway.

One spot away from Achieve 1 is Live Well Financial, a 9-year-old mortgage originator, servicer and mortgage-backed bond company headquartered on the Southside that reported three-year average revenue growth of 1,648 percent.

It was created to focus on originating and servicing loans that contain a government guarantee against credit risk.

“That has unlocked a healthy stream of earnings that others may have avoided,” Hild said.

Live Well eventually raised capital from private equity investor that it used to acquire a large portfolio of mortgage-backed securities with a notional value of $531 million. Hild then brought on a trading desk to manage and grow that portfolio.

He said the mortgage origination, servicing and securities side gives the company three tiers for growth.

It now has 125 employees and is adding about 20 to 25 new workers a month, Hild said. It has 300 positions it is looking to fill, 100 of which will work from a call center its building on the Southside at the Arboretum office park. Others will work at its growing office in San Diego. 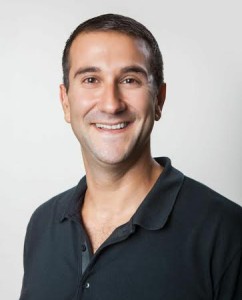 While Achieve 1 and Live Well are newcomers to the RVA 25, nine of this year’s 25 companies are on the list for the second time.

There’s TDBBS, better known as pet treat maker Best Bully Sticks, which has risen quickly since its founding in 2008.

And local frozen yogurt giant SweetFrog, now one of the biggest fro-yo chains in the country, was named among the fastest-growing 25 companies in the nation by Inc. magazine.

Proving that insurance is still a thriving industry in Richmond, Kinsale Capital Group and the Hilb Group are in the ranks of the area’s fastest-growing companies once again this year. Kinsale brought in more than $125 million in revenue last year through its insurance operations. Hilb has continued to grow its bottom line with multiple acquisitions of insurance agencies around the country.

High-end men’s clothing brought Ledbury back into the RVA 25 and helped it recently raise a fresh round of capital.

On the tech front, web developer CO+LAB and employee training program developer Unboxed Technology are back in the RVA 25.

And Impact Makers, also a repeat honoree in the Inc. 5000, is among the RVA 25 for the second year.

Check out the full RVA 25 list for information about all this year’s honorees. They’ll be recognized at an invitation-only event on Thursday evening.