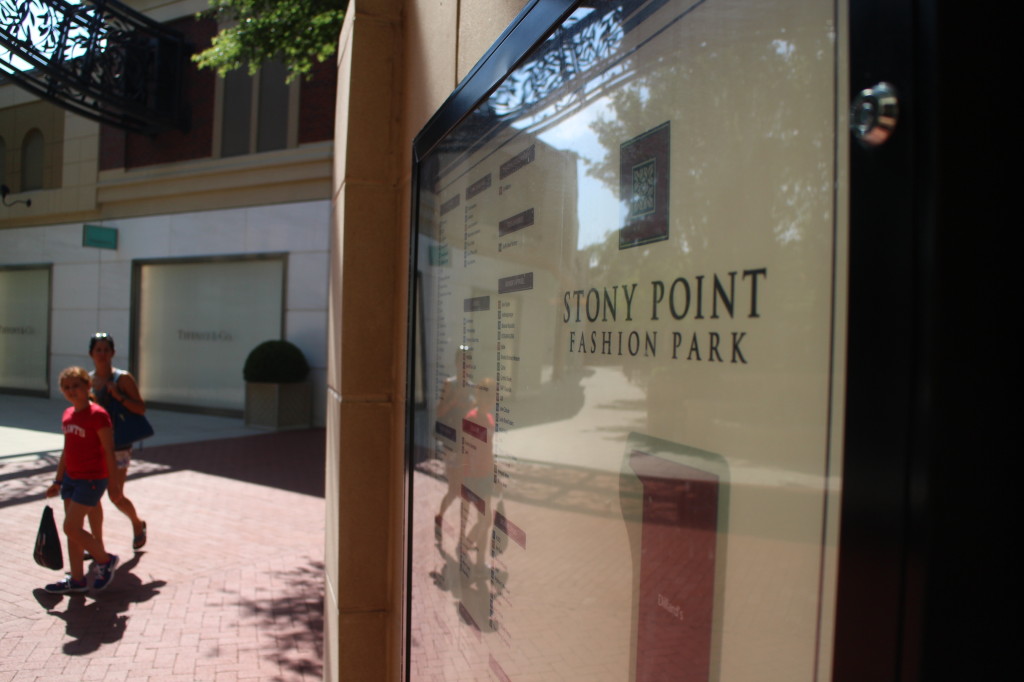 The recent sale of a Southside mall rang up as eight figures.

Starwood purchased the 11-year-old mall from Taubman Centers as part of a seven-mall deal valued at a total of $1.4 billion. They announced the closure of the sale on Oct. 17 but would not disclose the sales price at the time and city records had not yet been updated to reflect the transfer. It was recorded with the city on Oct. 21.

Starwood’s purchase does not include Stony Point’s anchor stores Dillard’s or Saks Fifth Avenue. Both of those retailers own their own buildings at the mall.

Starwood hasn’t yet announced whether it plans any changes at Stony Point, saying only in a recent release that it looks forward to “investing fresh capital.”

Stony Point was developed by Taubman about 11 years ago, and the roughly 660,000-square-foot mall opened the same month as its Henrico County competitor Short Pump Town Center.

The deal for the seven malls was first announced in June and also includes Norfolk’s MacArthur Center and malls in North Carolina, Florida, Texas and Michigan.

The Stony Point deal is the second local mall transaction in the last year. Chesterfield Towne Center was purchased by Rouse Properties in late 2103. The 1 million-square-foot Midlothian mall sold in a $292.5 million deal that also included the Centre at Salisbury in Maryland.