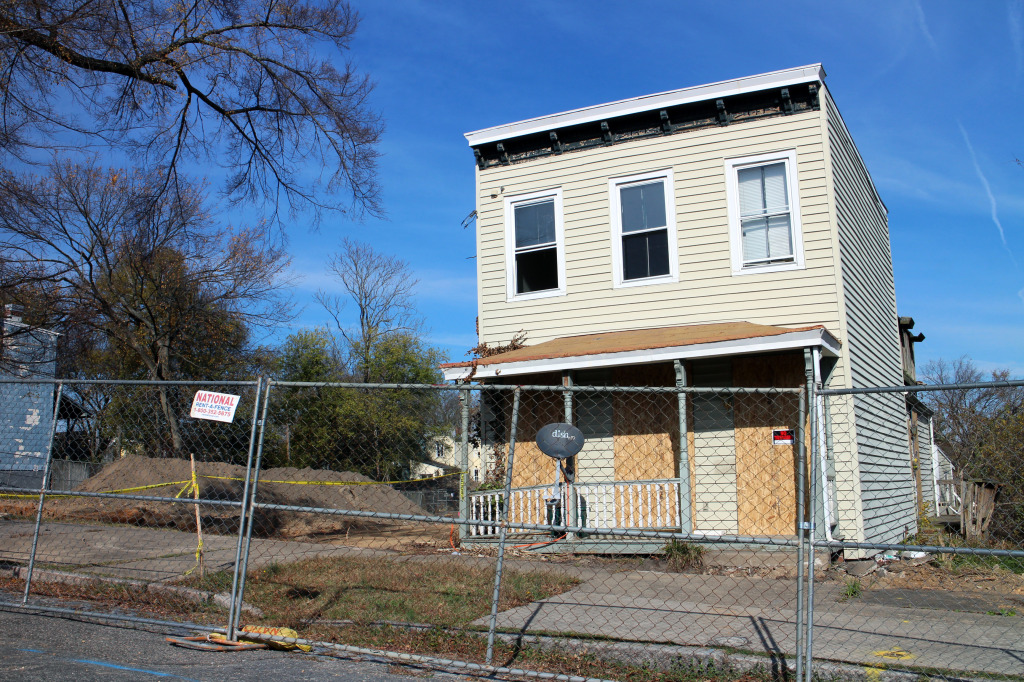 A Broad Street home will be converted into two apartments as part of a new Church Hill development. Photos by Burl Rolett.

“We think it’s an awesome neighborhood. People want to live in this neighborhood,” Freund said. “You’re two minutes from everything that is happening down on Main Street, with Stone (Brewing Co.) coming and everything on the riverfront – you’re in the city, but at the same time, you’re up in the treetops.”

Plans call for one building each on the 3600 blocks of East Broad and East Marshall streets. The two buildings are similar in size and will total about 43,000 square feet. The Lofty will cover about one acre of land, and plans show a fitness room, club house and a dog wash.

The Lofty development will be two buildings and 33 apartments.

The project will be an entirely new development, aside from a small single-family home on Broad Street that will be incorporated into the complex and will house two of The Lofty’s apartment units.

Freund bought the land about 10 years ago and originally planned to build condos on the site in a project called Oakwood Heights.

Richmond City Council unanimously approved the Oakwood Heights project in 2010, according to media reports at the time, overturning a denial by the city’s Commission of Architectural Review.

Freund said The Lofty might still be converted to condos in the future, but for now it will be mostly two-bedroom, two-bath apartments.

“In the very beginning it was designed as condos, but the market has changed,” she said. “It’s a little tricky to get condos that aren’t all sold financed in today’s market.”

Freund is taking on The Lofty project about nine months after selling a nearby Church Hill apartment building. Husband-and-wife real estate investors Susan and Dennis Ould bought Freund’s Lava Lofts at 33rd and Marshall streets for $8.3 million in March.

Freund hopes to have The Lofty ready for residents in the spring. Mahoney Contract Management is the project’s general contractor. Michael Pellis is the complex’s architect, and First Capital Bank is financing the project.

And Bilder also got approval from the city Planning Commission earlier this month to buy city-owned property at 32nd and Marshall streets in hopes of adding 17 more apartments and commercial space.