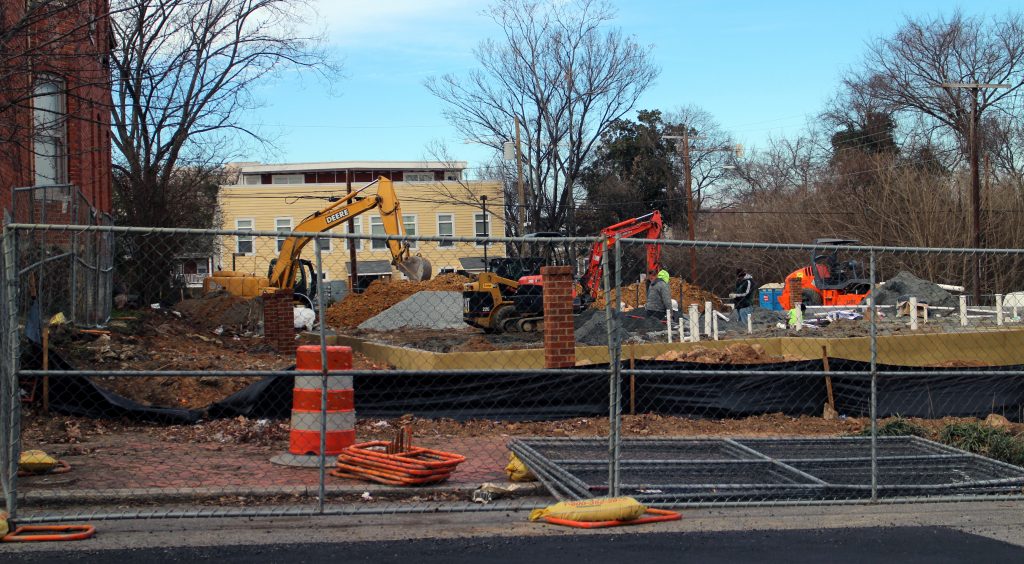 Work has started on a new apartment building in Manchester. Photos by Katie Demeria.

Two veteran Richmond real estate developers are at it again in Manchester.

Robin Miller and Dan Gecker, through Urban Development Associates, have started construction on a $1.5 million, 12-unit apartment complex at 1001 Bainbridge St. And the pair is planning to build a new development called Manchester Green, consisting of townhomes and duplexes, on an empty plot just a few blocks away.

The projects will join several other new residences going up in the Southside neighborhood, many of which were completed in 2014 or are set for completion later this year.

Miller and Gecker’s company owns about 30 acres in Manchester. Chris Blake, COO and principal with the projects’ developer Miller & Associates, said most of that land was acquired in 2005 from the Virginia Museum of Fine Arts.

“(Manchester is) really the last area in the city where you’ve got so much vacant ground and can make such an impact,” Blake said. “Since we’ve started developing there, we’ve probably brought in more than 400 people to that neighborhood than there were six or seven years ago.”

Situated on just .31 acres, the new Bainbridge apartments are being developed as a sister building to 1000 Porter St., another 12-unit property that sits behind the Bainbridge project.

The new Bainbridge building is three stories, with most of the third level devoted to an outdoor terrace. Of the 12 new units, eight one-bedroom apartments will come in at around 610 to 675 square feet, while the four two-bedrooms will be closer to 1,200 square feet.

Horizon Construction Management is the general contractor for the Bainbridge apartments, and Monroe Properties is handling leasing and property management. The developers are financing the project through a loan from First Capital Bank. 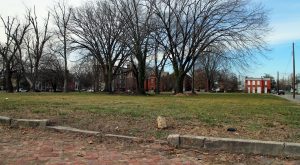 A vacant plot of land will be the next site that Urban Development will tackle.

The apartments are also going to be energy-efficient, with more effective heating and cooling systems and low-flow bathroom utilities.

And Miller and Gecker’s other project, Manchester Green, is to be constructed with similar energy efficiency in mind – hence the name.

The property consists of about two acres divided into 17 small parcels. It is an entire city block, bounded by Bainbridge, Porter, 12th and 13th streets.

Right now, the land is totally vacant. Blake said plans are still in the design phase, so neither a fixed price for the project nor a timeline has yet been determined. It is expected that 80 new units will be available once the project is completed.

It will feature a variety of residences, with some one- and two-bedroom condominiums and three- or four-bedroom townhomes available for sale. Rental options will include duplexes or a multi-family building. It could also feature some commercial space on the corners.

Manchester Green will mark the first development of single-family townhomes available for sale in the neighborhood in several years, Blake said.

“I’m hoping we can nail down the first couple town house designs and maybe break ground as early as this spring,” he said.

Miller and Gecker have worked on several other complexes in Manchester. Along with Purcell Construction, they developed 1200 Semmes, a 129-unit complex. The two were also responsible for 909 Perry Street Apartments, consisting of 44 units, and the 80-unit Old Manchester Lofts.