As 2014 comes to a close, Richmond BizSense is taking a look back at the neighborhoods that gained momentum over the year, driving development, retail and dining and carrying these districts into a promising 2015.

It’s been a year of ringing hammers and humming bulldozers for Manchester.

Over the past few years, a slew of new apartment buildings have been rising in the Southside neighborhood. Now many are now open to tenants or pre-leasing, and more are slated for completion in the New Year.

Here are the projects to watch across the river: 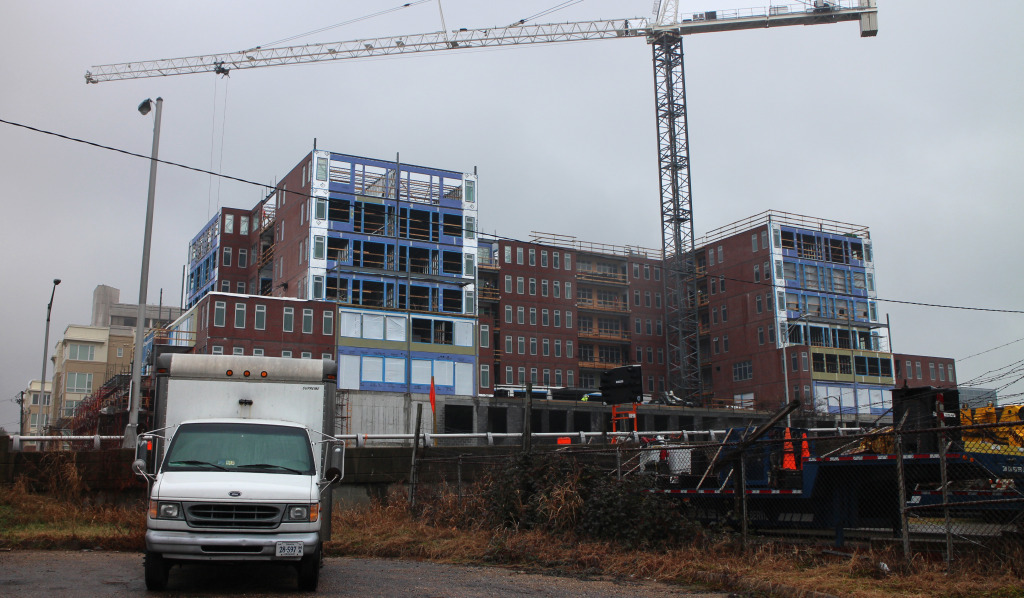 The Terraces at Manchester project is in full swing, one on a long list of recent apartment additions to the neighborhood. Photos by Evelyn Rupert and Katie Demeria.

Purcell Construction is working on a couple of projects in Manchester. Terraces at Manchester, formerly known as 800 Semmes, may not be the largest in the neighborhood, but it is certainly the tallest. The 10-story, 144-unit building will be topped out in January and is preparing for pre-leasing. It should open in the summer of 2015. 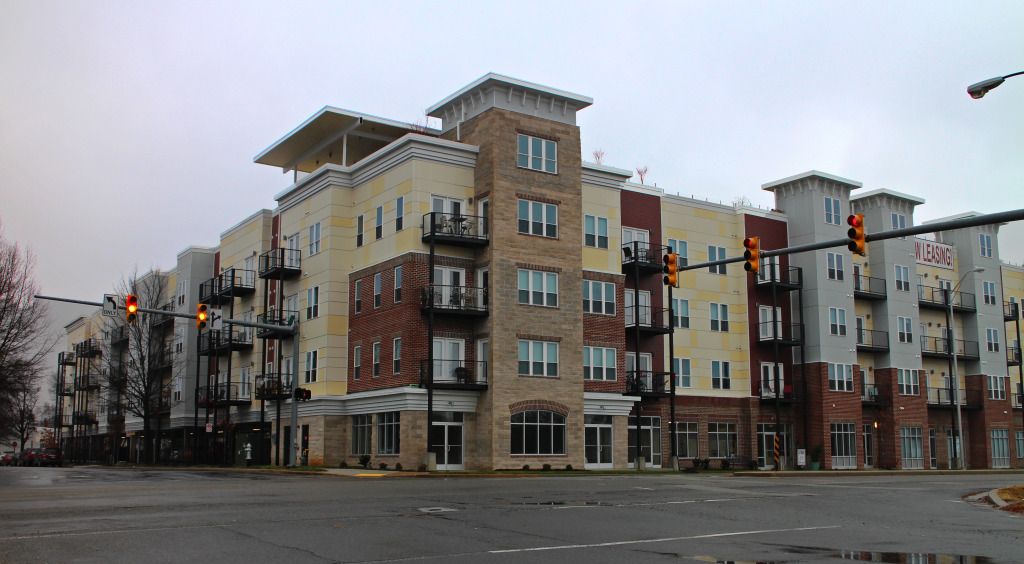 Purcell’s other project, 1200 Semmes, is just up the road. The 129-unit project comes complete with a roof-top dog park. It opened to residents in the spring of 2014, and was done in collaboration with developers Robin Miller and Dan Gecker. 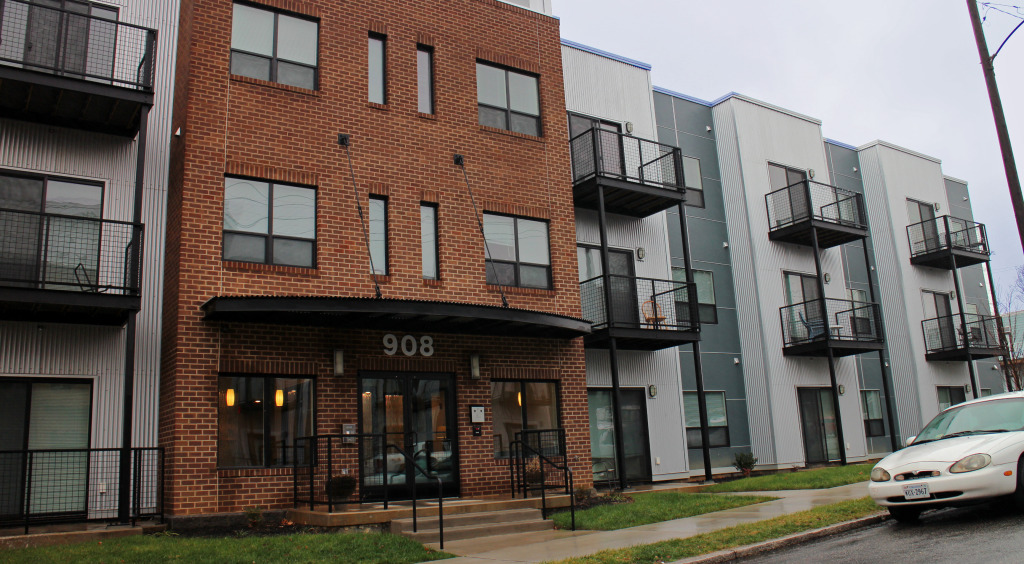 The apartments at 908 Perry Street were completed over the summer.

Just a few blocks away, Miller and Gecker also worked on 908 Perry Street Apartments. The complex, which includes both one- and two-bedroom units, opened in June. 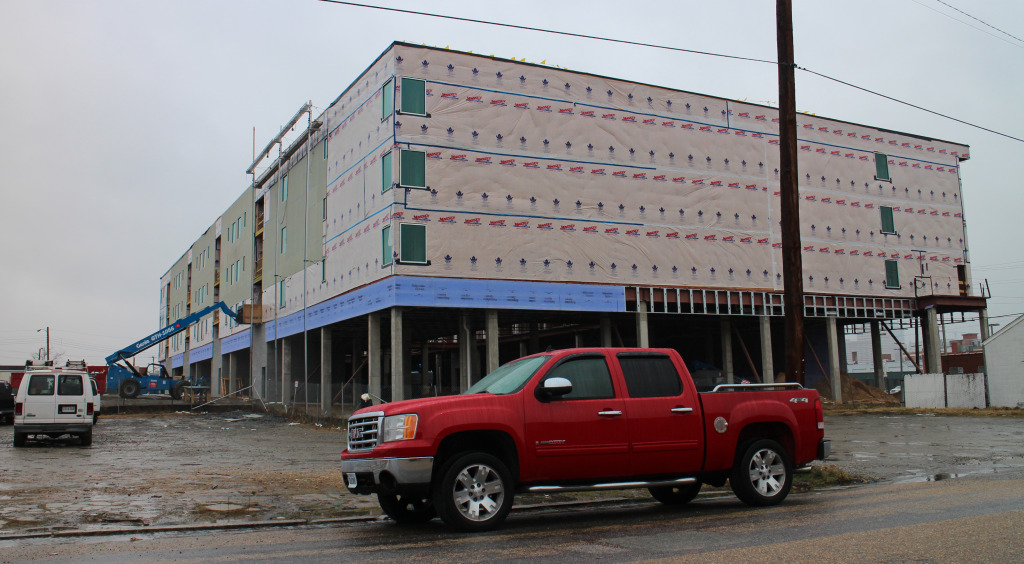 Construction is underway at the Port RVA apartments at 5th and Hull streets.

Ground broke at the long-vacant former Burger King property on Hull Street in the summer of 2013, and now Sam McDonald of Property Results said the 102 units should open to residents in March 2015. The apartments are “almost micro,” according to McDonald, and rent will not exceed $1,000 a month. 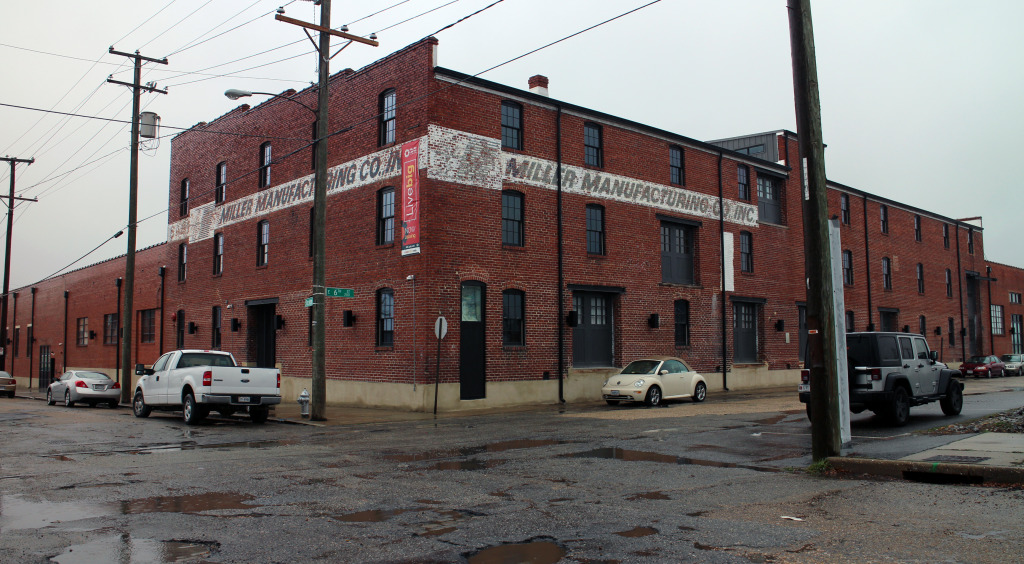 The former Miller Manufacturing property is being converted into 197 apartments.

Work on the Miller Lofts in the former Miller Manufacturing plant on Decatur Street is almost complete, according to developer Tom Papa of Fountainhead Properties. The project stretches over two city blocks, and the 140 units within the first block are almost fully occupied. Work on the second block of apartments should be finished around the end of January. Papa said demand for apartments in the area is strong; the first 69 available Miller Loft units were entirely leased within the first 72 days. 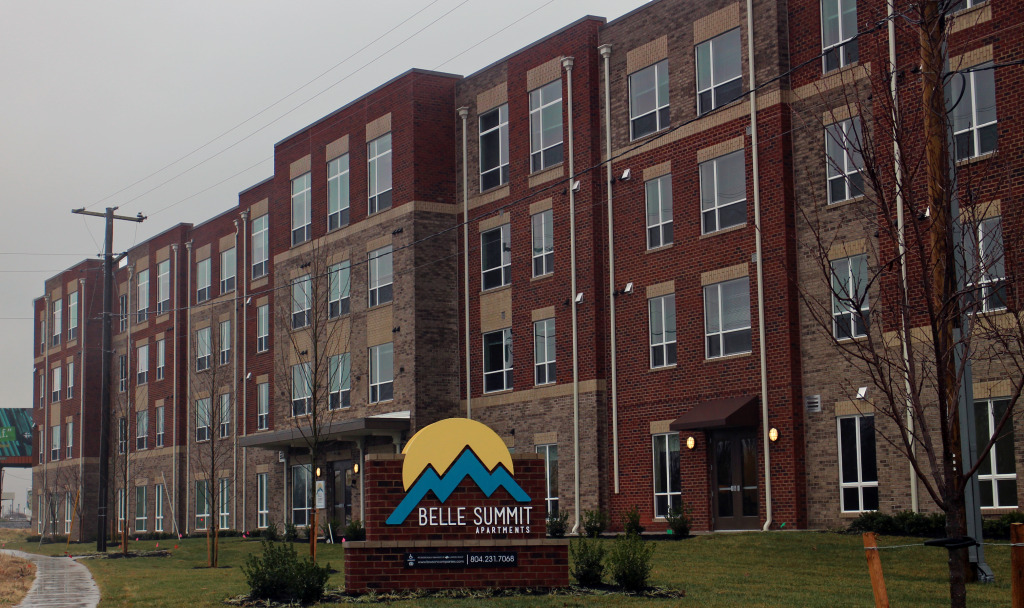 The 50-unit Belle Summit at Cowardin and Semmes avenues opened to residents on Dec. 22. 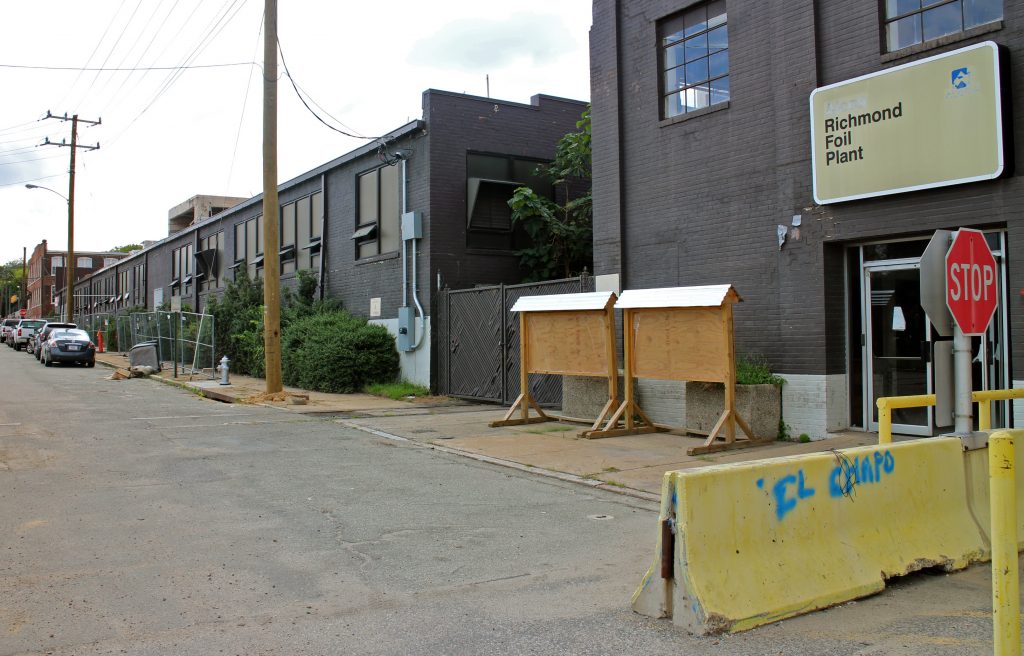 Thalhimer Realty Partners is preparing to install 248 units on the massive 17-acre former Reynolds South plant site. Jeff Cooke of Thalhimer said construction is underway to convert the property’s existing one-story buildings into apartments. They are expected to open in the fall of 2015, with pre-leasing to start in the spring. There is also room on the property for retail frontage on Hull Street and possibly a high-rise, 250,000-square-foot office building on the undeveloped land.

As residents settle in on the southern side of the James River, retailers are trickling into Manchester, as well. A violinist opened a repair shop this summer, Belle Isle Moonshine launched its distillery on Maury Street, and donut brand Sugar Shack chose a location in the neighborhood for its first potential diner.

Manchester is exploding with growth, with nearly 1000 apartments under construction. The most surprising aspect of the residential growth in Manchester is the high rents that are being achieved, exceeding the market across the river. Retailers are sure to follow and Robin Miller has announced a deal with Urban Farmhouse for Semmes Avenue. Several major grocers are “kicking the tires” for the best location which might just be the corner of Semmes and Cowardin Avenues. You’ll see my sign there!