Manchester might just be the hard-hat capital of Richmond.

With plans submitted, contracts signed and blueprints drawn, construction is underway on at least five apartment projects in the Southside neighborhood. As a result of the earthmoving and hammering, more than 500 units are planned to come on the market between spring and fall of next year.

BizSense took a stroll this week through Manchester to catch up on construction progress. 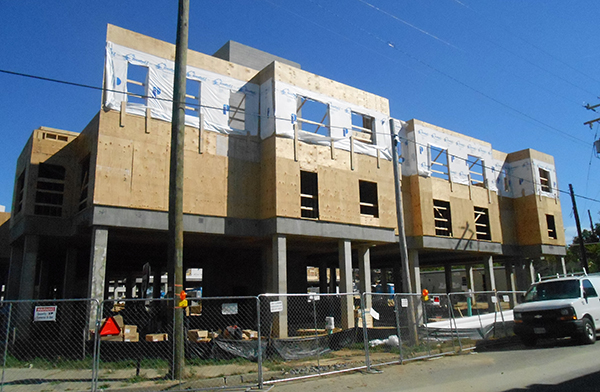 The new building at 1200 Semmes Ave. (Photos by Burl Rolett)

Developers Robin Miller and Dan Gecker are responsible for two projects under construction. In a joint venture with Purcell Construction, their building at 1200 Semmes Ave. will bring 129 units to the corner of Semmes and 12th Street. The $13.5 million complex will include a rooftop dog park and is scheduled to be move-in ready next spring. 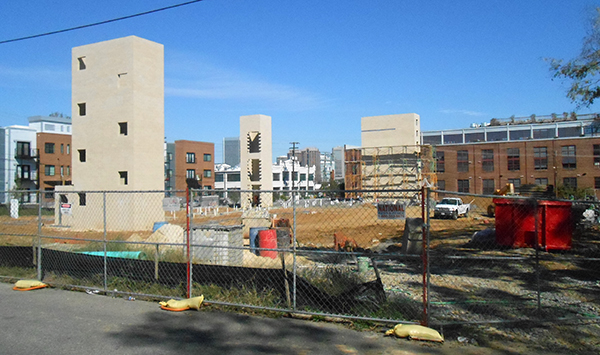 The construction site at 908 Perry St.

Miller and Gecker have another apartment building scheduled to open next summer at 908 Perry St. Miller’s motto is developing Manchester “lot by lot and block by block,” and 908 Perry is right across the street from the 44-unit complex the team finished last year at 909 Perry St. 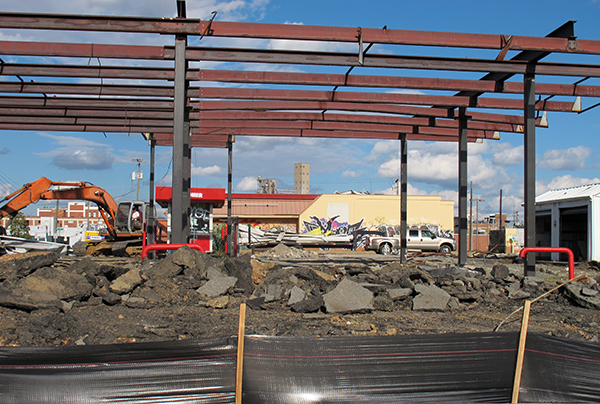 On the other side of Hull Street, Sam McDonald and Mark Scordo of Property Results recently broke ground on a $10 million apartment building at the site of a long-vacant, graffiti-covered Burger King. Property Results is going small on the project, dubbed Port RVA, with 102 units between 400 and 600 square feet apiece. 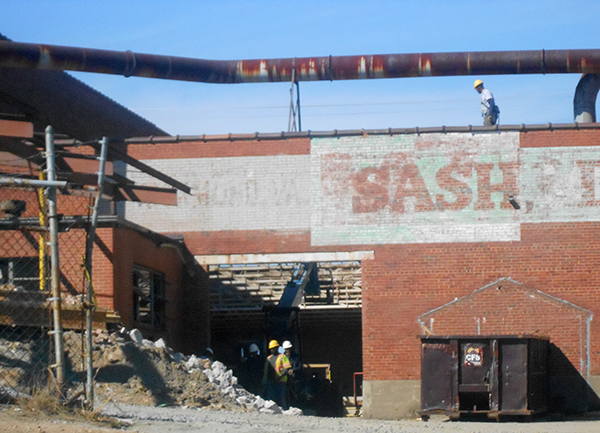 Tom Papa and Rick Gregory of Fountainhead Properties started work on a $30 million conversion project at the former Miller Manufacturing plant on Decatur Street. The team is capitalizing on federal and state historic tax credits as well as federal low-income housing tax credits, and plans to bring 197 units online next fall. 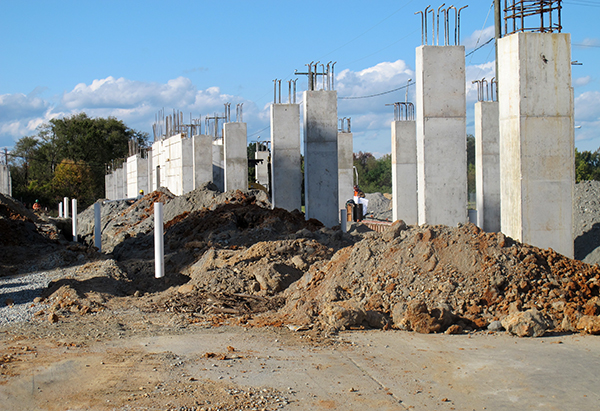 The apartment boom also spills over onto the other side of Cowardin Avenue. Atlanta-based Bridgeland development is building the 50-unit Belle Summit Apartments at the corner of Cowardin and Springhill avenues. The $8.8 million project located in the Springhill neighborhood is set to open in spring 2014.

The run of Manchester development is unlikely to end by the time construction wraps up at currently active worksites. Thalhimer Realty Partners has the 18-acre Reynolds South property under contract, and broker Jeff Cooke said a multi-family development will be a top priority once the deal closes.

Richmond-based Larson Development recently bought the Plant One warehouse on Decatur Street. The firm has yet to announce plans for the building, but the developer has worked two previous historic tax credit apartment conversions in Richmond.