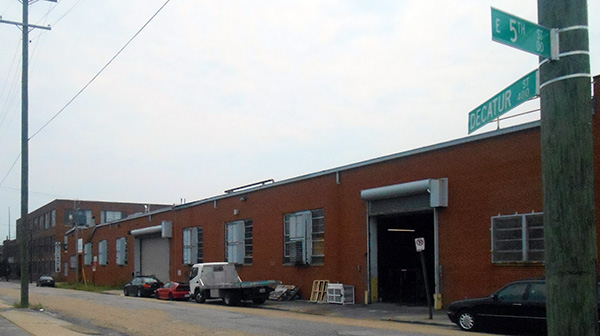 The Plant One building in Manchester. (Photos by Burl Rolett)

Another apartment developer is making a move in Manchester.

Entities tied to Richmond-based Larson Development in July acquired more than two acres at 501 and 400 Decatur St., including the 104,000-square-foot Plant One building.

The company paid $2.9 million for four separate parcels, according to city records. The sales closed July 24.

Larson Development representatives declined to comment on plans for the property. The company has worked two Richmond apartment conversion projects: the Stables at Harrison and Hancock in Carver and the Franklin Street Lofts in Shockoe Bottom. 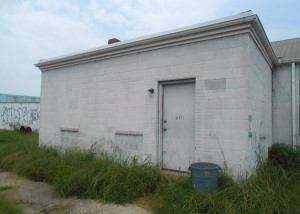 A small warehouse at 501 Decatur St.

Larson purchased the Manchester parcels from Plant One LLC, which is tied to developer Fountainhead Properties. Three parcels at 501 Decatur St. back up to the site of a long-vacant Burger King, where developers Sam McDonald and Mark Scordo of Property Results have a 100-unit apartment building planned.

“People are moving throughout Manchester, getting whatever buildings can be acquired,” McDonald said. “We’ve developed a lot of the stuff on the other side of Hull … so we’re moving to where the land and the buildings are.”

Through Plant 1 Development LLC, Larson bought three parcels on the western side of Decatur Street’s 500 block, including two vacant lots and a 1,400-square-foot warehouse.

Manchester has been a hotbed of apartment development in the past couple years, with more than 700 apartments in planning or under construction.

After the completion of a 129-unit complex at 1200 Semmes Ave., development team Robin Miller and Dan Gecker will have more than 250 units online in the Southside neighborhood.

Atlanta-based Bridgeland Development has 50 units under construction at Cowardin and Springhill avenues.

Fountainhead’s Tom Papa and Rick Gregory are working on the 93-unit South Canal Lofts at 115 Hull Street and another 197 apartments across Fifth Street from Plant One.

Rob Hunt of Genesis Properties is looking to open 152 units at Bainbridge Street and Commerce Road in April.

Demand for living space hasn’t softened for the industrial neighborhood, despite the rise in supply. The three buildings Property Results manages in Manchester are full, McDonald said, and he is optimistic that retail and office space will follow the apartment rush.

“It still has the character of an industrial neighborhood, but now there are more shops, restaurants, offices coming into the neighborhood,” McDonald said. “We’d love to see more uses here.”

Correction- The Bridgeland development at Cowardin and Springhill Av is NOT in Manchester. That is in the Springhill neighborhood. The eastern side of Cowardin Ave forms the western border of Manchester.

Been saying it for years, local reporters in print and online need some neighborhood maps! Good catch. Just to add that Cowardin Ave, aka Jefferson Davis Highway once you go “south” of Hull Street, has been the border between the two areas since it was the CITY of Manchester abutting Chesterfield County.