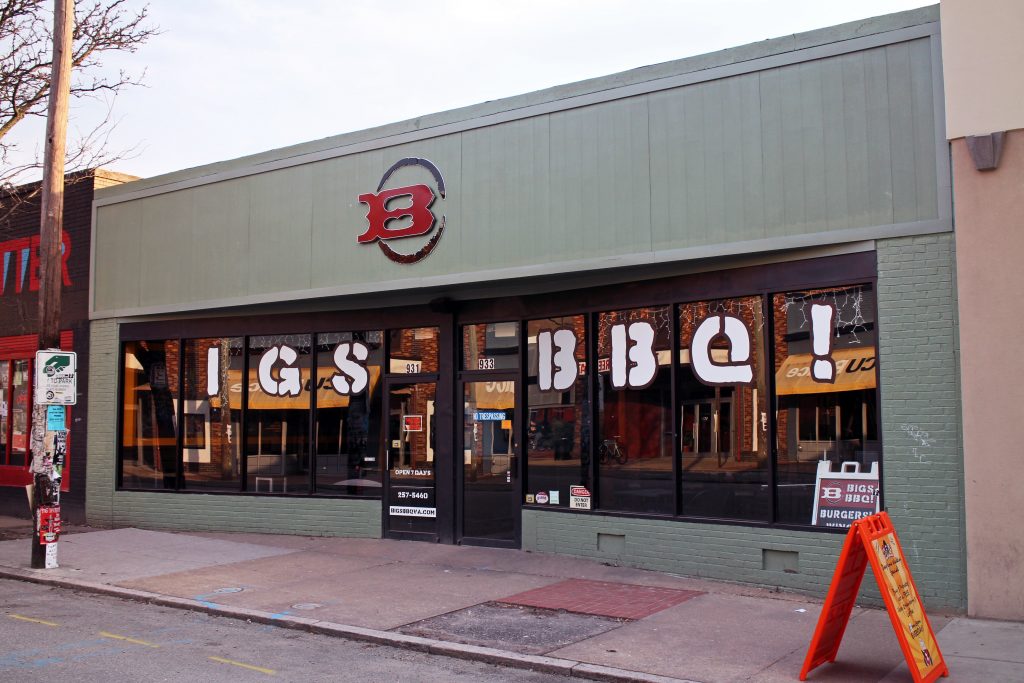 The former Bigs BBQ space on West Grace is set for a new restaurant tenant. Photos by Michael Thompson.

A VCU restaurant property is getting new life after sitting vacant for months.

Antar Abouzaki plans to open Shawarma Shack, a Lebanese restaurant and hookah lounge, at 933 W. Grace St. near VCU. Abouzaki said he has a 20-year lease, which includes renewal options, on the 4,150-square-foot space.

The property was formerly home to Bigs BBQ, which closed in January. Bigs still has a location open in Chesterfield.

Abouzaki said he thinks VCU students are likely to welcome his vegetarian-friendly menu.

“We will have a lot of vegetarian items,” he said. “All the students like the falafel and hummus.”

Abouzaki said he expects it to cost $250,000 to open Shawarma Shack and that he is financing the venture himself. Abouzaki said he also owns three Dairy Queen locations in the Richmond area. Raffi Bandazian of Bandazian & Hughes represented the landlord in the lease deal.

“I want to really advertise our food,” Abouzaki said.

The Shawarma Shack is the most recent eatery that has announced its plans for the VCU dining scene. In April, a ramen concept is set to open in another formerly closed restaurant property.