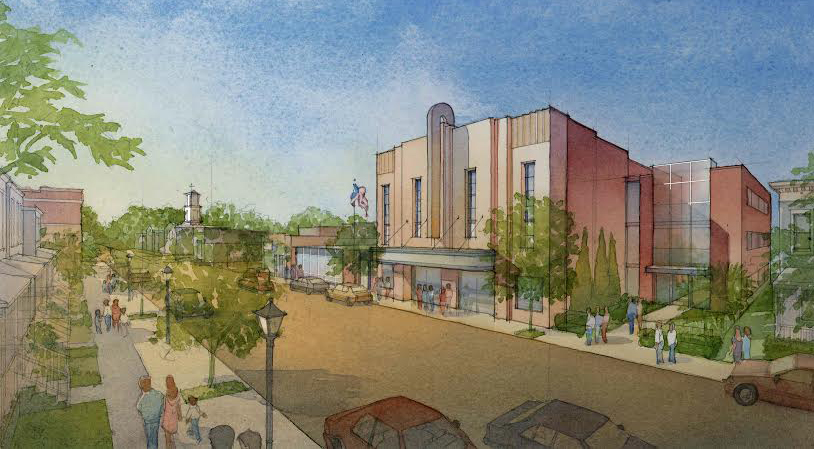 Plans for the East End Theater call for 22 residential units and a commercial space. Rendering courtesy of Sterling Bilder.

As he comes to the end of one project in Church Hill, a local developer is gearing up to tackle another just around the corner.

Josh Bilder’s renovation of the historic East End Theater in Church Hill is nearing completion, marking the end of a $4 million project that will breathe new life into the once crumbling structure.

Bilder’s company Sterling Bilder purchased the 318 N. 25th St. property in 2010 for $45,000. Construction started in January of 2014 and should wrap up by June of this year, converting the theater into 22 apartments with ground-floor commercial space.

“This building is so iconic, and at the time people were renovating Tobacco Row, and I thought, ‘Why hasn’t anyone come up here to do this?’” Bilder said. 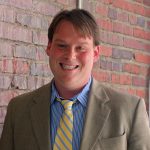 Marketing and pre-leasing for the theater’s new apartment units will start this week. Bilder has already secured a tenant to fill the building’s 3,500-square-foot commercial space. He said it is too early to identify the business, but he described it as a restaurant with other Richmond locations.

The three-story project will renovate the theater’s interior space into six two-bedroom units, two studios and 14 one-bedroom units, and it will also build a 10,000-square-foot addition to the building. The finished project will total 30,000 square feet.

As soon as Bilder completes his work on the theater, he will tackle his next project about two blocks away. Bilder will start construction this summer at 313 N. 24th St. and will renovate the 90-year-old Nolde Garage.

Bilder said he is planning to add a large glass door into the garage between the community center and the park. 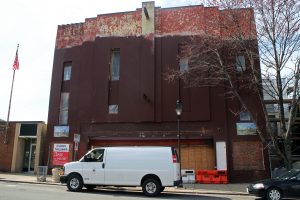 The theater has been under construction for a little more than a year.

“We want to open up the space to everyone,” he said.

A tenant is lined up to move into that project’s 5,000-square-foot commercial space, but Bilder said it is also too early to give any names.

The property is currently owned by the city, and Sterling Bilder should close on the purchase soon. The Planning Commission approved the project and the sale of the property for $250,000 in November of last year.

The apartments will be constructed both in the garage’s second story and on the adjacent parking lot opposite the Patrick Henry Park as duplex-style units.

New York-based architect Sebastian Quinn and the St. Lewis-based Lawrence Group are the designers for both projects, and J.D. Lewis Construction Management is the general contractor for the East End Theater. A general contractor has not yet been selected for the Nolde Garage.

Bilder, who graduated from VCU with a degree in history, said he is drawn to historic projects like the Nolde Garage and especially the East End Theater, which opened in 1938 and closed in the 1970s.

“It’s been closed longer than it’s been open,” Bilder said.

The renovations in the theater will tap into that historic background. The original metal roof is visible in the ceilings of the third-floor units. Some of the pieces even retain old tags from the yards in which they were purchased.

“You can see, on some of the metal, marks of the raindrops that have hit it over the years,” Bilder said.

And Bilder said a new marquee will have a pointed end just like the theater’s original design.

Look forward to hearing the exciting announcement of yet another restaurant coming to the Hill as this project gets closer to completion. Great location for one in the neighborhood.

Katie, any information on what the rents will be going for in either development?

Josh Bilder (great name for a homebuilder!) is making his mark with well-located historic redevelopment projects in Church Hill and Carver. Church Hill lacks the big splash projects of Scotts Addition and Manchester, but the work is slowly working its way north. Just ten years ago, it was dangerous to move north of East Broad!

Josh Bilder is an innovator. He had the remarkable to ability reclaim this historic Church Hill landmark and make it a viable edifice to enhance the area. I have lived in Richmond all my life and have seen Sterling Bilder developments and they are top notch. Hats off to Josh Bilder!