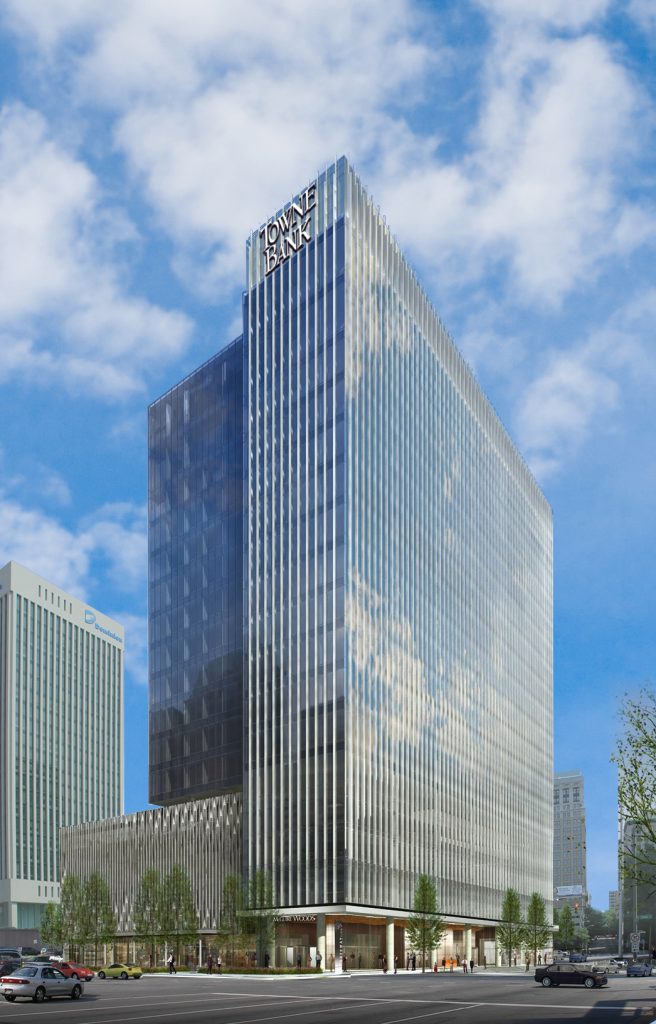 The newest bank in Richmond has snagged a prominent spot downtown and will have its name grace the city skyline.

“We definitely want to be a player in Richmond and to be looked at as a community asset up there,” TowneBank CEO Bob Aston said on Tuesday. “We thought it was important to do something substantial downtown.”

The bank will set up shop in the 307,000-square-foot tower with a branch on the building’s first floor and an office and boardroom on the seventh floor.

The ground-floor space will be split into two sections: a retail branch fronting Cary Street and a commercial and private banking office fronting Canal Street.

The seventh floor will be the new home of TowneBank’s Richmond headquarters, which it will relocate from 4501 Cox Road in Innsbrook.

Aston said the arrangement will also allow TowneBank to have its name placed atop the $124 million tower, which is set to be completed later this year. Its neighbors in the building will include McGuireWoods, which is anchoring the tower with 205,000 square feet, and Bill Goodwin’s CCA Industries. Gateway Plaza is being developed by Chicago-based Clayco. 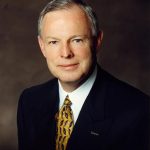 TowneBank hopes to have the first-floor space open in September in time for the Richmond 2015 UCI Road World Championships bike race. It should be fully operational in the building by the fall, Aston said.

TowneBank’s pending arrival downtown marks its first big step for visibility since it entered the Richmond market earlier this year by buying Franklin Federal Savings Bank in a $275 million deal.

Aston said he saw the building rising downtown as the bank was planning its move into Richmond, and the company began considering a presence in the tower. TowneBank started taking the regulatory steps to the secure the space last month, BizSense first reported.

TowneBank’s purchase of Franklin Federal included an instant foothold of eight branches in the area. That included the building on Cox Road, which had served as Franklin’s headquarters. Aston said TowneBank will continue with a branch and its mortgage operations in that building after the move downtown.

TowneBank is led in Richmond by longtime local banker Pat Collins. It has about 90 employees in the local market.