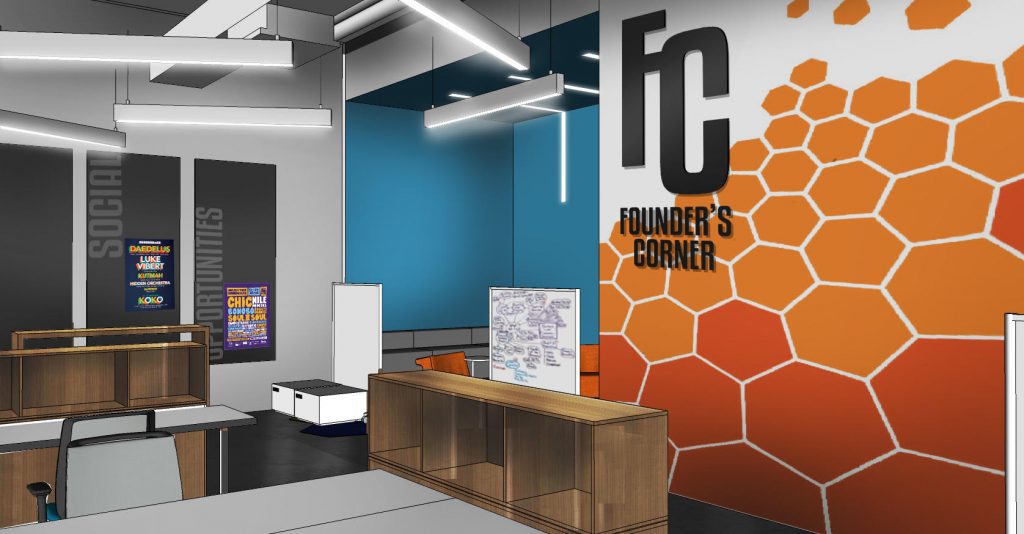 A growing work space trend has reached the studious pastures of Ram country.

Virginia Commonwealth University plans to open a co-working space at 907 Floyd Ave. on the school’s Monroe Park campus in October. The space, dubbed Founder’s Corner, will be for vetted students looking to launch and develop business ideas.

Renovation work on the 650-square-foot office began this week and is expected to be completed next month. Henrico-based KSA Interiors is designing the space, which is located in the University Student Commons and was used for storage the last two years. 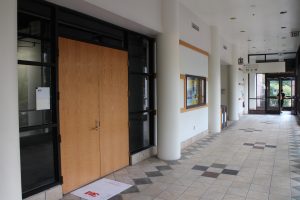 A former storage space in the Student Commons building will house the office. Photo by Michael Thompson.

Carrie Hawes, an assistant director at VCU’s career center, said funding for the construction and management of Founder’s Corner is coming from the budgets of three VCU departments: Innovation Gateway, which is dedicated to growing entrepreneurship at the school, Student Commons and Activities, and Career Services.

Hawes said students looking to have access to the space must apply and show how they plan to use it. Applications are open to all majors, programs and class years. Students can be at any stage of their business plan to be accepted.

“It’s for students serious about starting their own businesses,” Hawes said. “It’s not just a hangout spot.”

Hawes said many students at VCU are interested in starting their own businesses. Even if they don’t launch the next Skribs, a successful business hatched by a VCU student, trying to do so looks good on a resume.

“Spaces like this in general are becoming important on college campuses,” Hawes said. “Our hope is that they can get going and move on to bigger and better spaces.”

Those bigger and better spaces may include professional co-working spaces that have cropped up around town. Gather, a co-working company that launched downtown last year, has another space in the works for Scott’s Addition. Eastern Land Collective and 804RVA operate along West Broad Street. And a similar venture is in the works in Shockoe Bottom.

Congrats VCU & welcome to the collaborative workspace community from your friends at GangplankRVA just down the road at RVA Works. Less Talk. More Do. #deliver