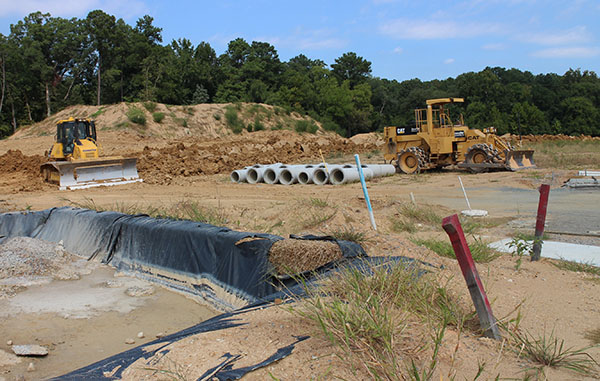 Construction is ongoing at the Broad Hill Centre development. Photo by Katie Demeria.

A recent addition to the Richmond homebuilding scene is taking a leap into the Short Pump condo market.

The company paid $5 million for the land in June, according to county records, and plans to build 166 condos between 13 buildings spanning more than 325,000 square feet.

Tom Weir, director of sales for Stanley Martin’s Richmond office, said the purchase was driven by the success of nearby West Broad Village and the forthcoming Wegmans-anchored West Broad Marketplace, under development by Northern Virginia-based NVRetail. 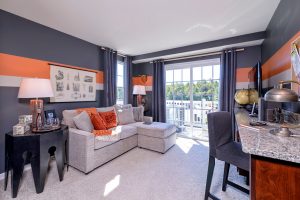 Stanley Martin is planning two-floor condos from about 1,500 to 2,500 square feet. Images courtesy of Stanley Martin.

“It’s going to have a lot of similarities to West Broad Village, with the walkability focus,” Weir said. “We feel like that’s something the millennial market is really migrating towards right now.

“And the fact that their main experience to the home-buying market has been during the doom-and-gloom years lately, this is going to give them an option to get into homeownership without the only other option of large single-families.”

The condos will have garages and share amenities including a pool and clubhouse.
Weir said they’re being marketed as “smart condos,” in that each unit will feature technologies such as video security and remote utility control.

“They will have a lot of the technologies that the millennial buyer is really looking for,” he said. “They’ll be able to control the utilities with their smartphones when they’re at work. It’s going to be ridiculously cool.”

“There’s not a lot of homes in the western part of Henrico that fit in with this sort of price point, and we figured it was the right mix,” Weir said.

The condos will be similar in appearance to Blount Street Commons, a condominium project Stanley Martin built in Raleigh. He said the company has seen success with that project and a similar one in Northern Virginia. 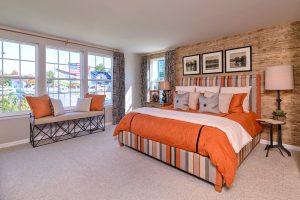 The condo project will be similar to two of Stanley Martin’s other developments in Raleigh and Northern Virginia.

The company is applying for a permit to open a sales center, which Weir said could launch in mid- to late October. He said construction on model units would start by the end of the year, with home closings starting early next spring.

Weir said he expects sales to total 20 to 30 units per year or more. He said the Raleigh project sold the majority of its homes before its model was even complete.

“That’s what we’re anticipating here,” Weir said. “Obviously we won’t sell 166 homes in a six-month period, but we expect that it’s going to be very widely received.”

Saunders Station is Stanley Martin’s first foray into condos locally since entering the Richmond market in 2014, when it acquired three single-family communities from Royal Dominion: the nearby Reserve at Pouncey Tract and Liesfeld Farm at Bacova, and a portion of Collington in Chesterfield County.

The company also has homes at Fox Creek in Chesterfield and Stable Hill in Short Pump, and it recently purchased 16 acres at North Gayton and Kain roads for a 26-home single-family subdivision.

The development of Broad Hill Centre is led by Atack Properties. The site sits just east of State Route 288 and will include townhomes, retail space and a 170,000-square-foot Bon Secours medical park.

Another residential component – an 11-building, 320-unit apartment complex by developer Steven Middleton’s Commonwealth Properties – is under construction on 20 acres of the site.

More, and more, and more development in Short Pump. Why not do an article on the gridlock already apparent in the area? When is it too much?

When are developers/builders going to start developing condos for the downsizing baby boomer? Over 10,000 people a day will begin turning 70 in 2016 and most do not want a house anymore or are planning to downsize soon. They already can afford a condo with cash! Here is a solution…developers should incorporate Universal Design, which would not cost them an extra penny!