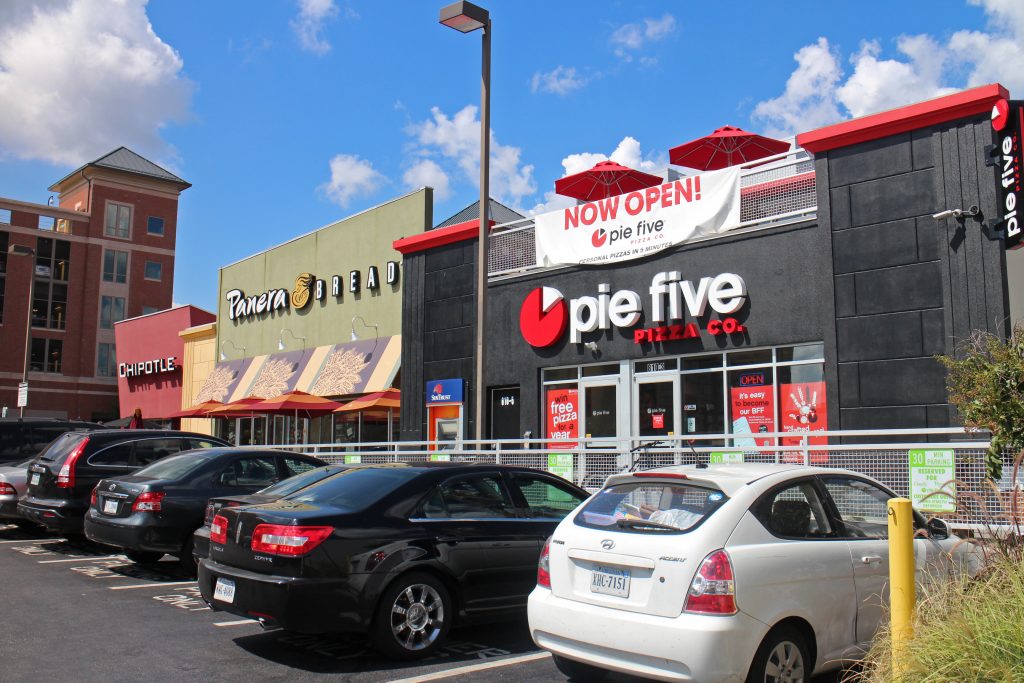 Pie Five recently opened next to Panera and Chipotle near VCU. Photos by Michael Thompson.

Fresh off opening a VCU location, a husband-and-wife team has another pizza franchise planned for Willow Lawn.

Jeff and Deborah Percey opened a Pie Five Pizza Co. franchise Sept. 4 at 800 W. Grace St. It’s the couple’s second Richmond location – they opened one in Innsbrook in 2013 – and it’s not their last.

Jeff Percey said they’ve signed a lease for a 2,300-square-foot space in Willow Lawn for a spot to be built next to the Qdoba Mexican Grill. They’ll look to open June 2016. He said the expansion is being financed with help from Union Bank & Trust. 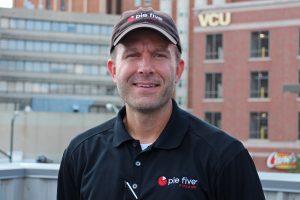 The new storefront will occupy a still spot on the end of the strip center currently bookended by Qdoba and Five Guys Burgers and Fries.

“They are extending the current building and adding on to it,” Percey said. “The entire addition on this end of the building is just for me.”

“Willow Lawn is one of the best trade areas in Richmond,” Percey said. “(Willow Lawn owner) Federal Realty has done a good job of rejuvenating that mall.”

Federal Realty, a Maryland-based REIT, has owned Willow Lawn since 1986 and has been continuously renovating it since at least 2005. In addition to Qdoba, Pie Five will join restaurants like Travinia Italian Kitchen & Wine Bar and Family Meal, as well as fast-casual spots like Chipotle and Panera Bread.

The Perceys’ progression from Innsbrook to VCU to Willow Lawn is the same pattern they followed when they opened seven Five Guys Burgers and Fries franchises, which they eventually sold.

Percey has said he’d like to open five Pie Five locations in the next three years.