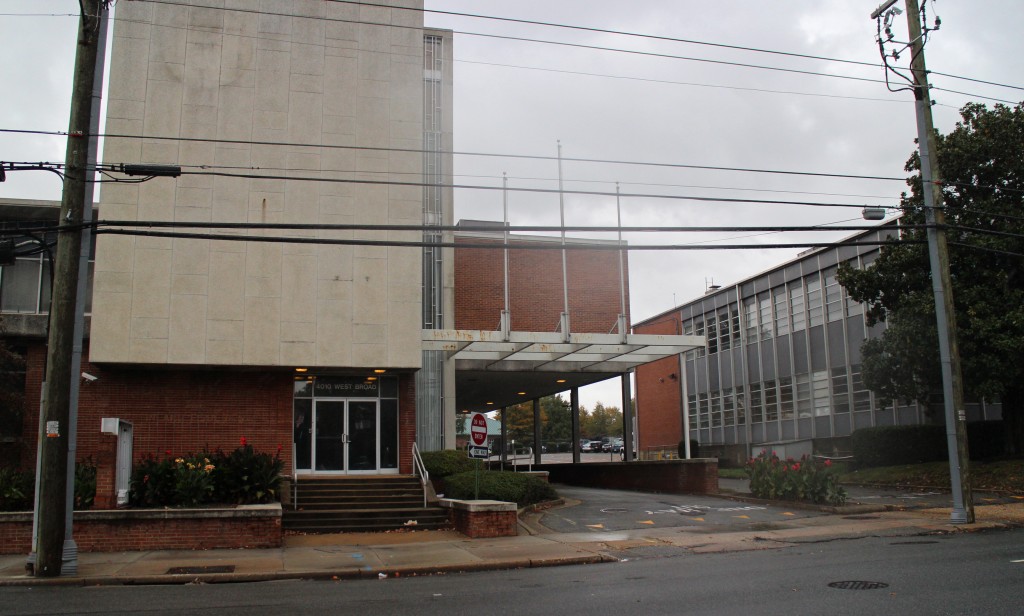 The former home of the Virginia Department of Game and Inland Fisheries is up for possible redevelopment. Photos by Katie Demeria.

A Virginia Beach developer is trying to reel in a deal to transform a state agency’s former West Broad Street headquarters into hundreds of apartments and commercial space.

Kotarides Developers has filed a plan of development with the city to raze the Department of Game and Inland Fisheries buildings at 3900, 4000 and 4010 W. Broad St. In their place, the company would build new structures with plans for as many as 238 apartments and room for retail space.

DGIF, which relocated its headquarters to Villa Park III earlier this year, currently owns the West Broad Street property. It consists of three buildings on about 5 acres just east of the Henrico County line.

The plans show that Kotarides has proposed purchasing the property from DGIF, although the deal has not yet closed.

DGIF Outreach Director Lee Walker said the department cannot comment on the pending sale but said it is actively pursuing a potential buyer for the property. Divaris Real Estate is handling the listing. The properties were most recently assessed at a combined $5 million.

A representative with Kotarides did not return requests for comment.

The Virginia Beach developer has tried to get in on Richmond development before, putting in a bid for the bus depot on South Davis Avenue. That deal ultimately went to the Monument Cos.

Outside of the city, Kotarides has an apartment complex in Chesterfield County and a residential development in Henrico.

The developer also had to file a plan with Henrico, as a sliver of the DGIF land is in the county.

When will the mindless and insensitive development end. So these guys want to tear down two of the most attractive modernist office buildings in the City to make way for a suburban-minded and thoughtlessly conceived multi-family development. I pray that someone at the City has the presence of mind to either reject the POD or encourage them to salvage the buildings and create something truly authentic and meaningful.

I completely agree with Chris. I actually live in this neighborhood and I do feel that this strip of Broad Street desperately needs something to give it 24/7 vibrancy (and I welcome the additional neighbors), but I would hate to see these architectural gems torn down for cookie-cutter, suburban development that will quickly lose value. I urge the development team to really look into the feasibility of reusing the existing structures and infusing them with a modern touch to create something truly unique for our city.

There’s a reason why Chris Fultz is probably my favorite local architect.

I just need to win the lottery so I can have him design a house for me.