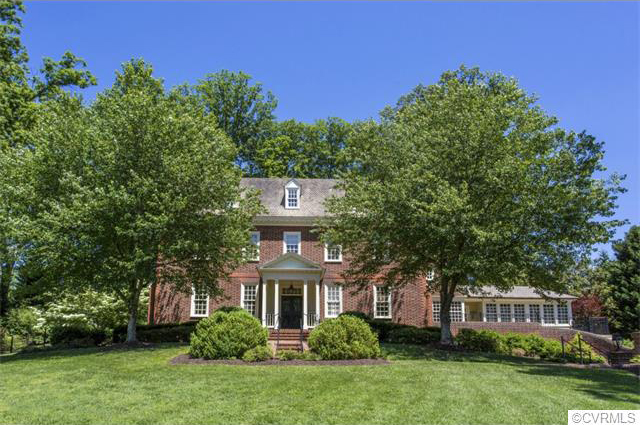 The home at 101 Kennondale Lane in the West End had the highest sale price last month. Photos courtesy of CVRMLS.

A local couple’s recent move from a Goochland County estate to a property in Richmond’s West End produced the two highest-priced residential sales for the month of October – and it’s not their first time on the top of the area’s monthly home sales list.

The buyers in October’s highest-priced sale – Travis and Shannon Weisleder, who purchased a 75-year-old West End home for $1.95 million – are also the sellers in the month’s second-highest deal: a 21st century Manakin-Sabot estate that sold the same day, Oct. 15, for $1.89 million.

The couple, whose previous home near the University of Richmond topped the home sales list in January, moved from that house to the Manakin-Sabot estate, located at 745 W. River Road. After 14 months there, they bought the home in the West End – an 18-room house at 101 Kennondale Lane, off Cary Street Road near the Country Club of Virginia. 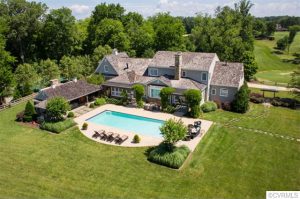 The Weisleders sold their former home at 745 W. River Road.

Travis Weisleder is the president and CEO of Interactive Financial Marketing Group, a company that provides marketing services and sales leads to car dealers. After selling the company in 2007, he purchased it back earlier this year.

Reached this week, Weisleder said the reason his new and former homes closed on the same day was because the attorneys working the deals made an effort to close and record them simultaneously. He said Michelle Ferguson of Long & Foster Real Estate represented them in both transactions. Their attorney was Russ Watson of Bon Air law firm Hairfield Morton.

Debbie Gibbs of The Steele Group | Sotheby’s International was the listing agent on the Kennondale house.

Built in 1940, the Kennondale house includes six bedrooms, the equivalent of seven bathrooms and a three-room master suite with two bathrooms, a sitting area and an office. The three-story Georgian-style house also features a game room with wet bar, a bluestone patio and gardens.

The Manakin-Sabot estate, built in 2006 beside The Kanawha Club golf course, consists of six bedrooms, the equivalent of six bathrooms and a first-floor master bedroom. Amenities include a wine cellar, a movie theater room, an in-ground pool with automatic cover, an outdoor kitchen and stone fireplace, a five-bay garage, and a lighted tennis court.

Both homes sold below their original listed prices. The Kennondale house, which sold for $1.95 million, was listed May 21 for $2.25 million. The Manakin-Sabot estate sold for $1.89 million – below its June 23 list price of $2.09 million.