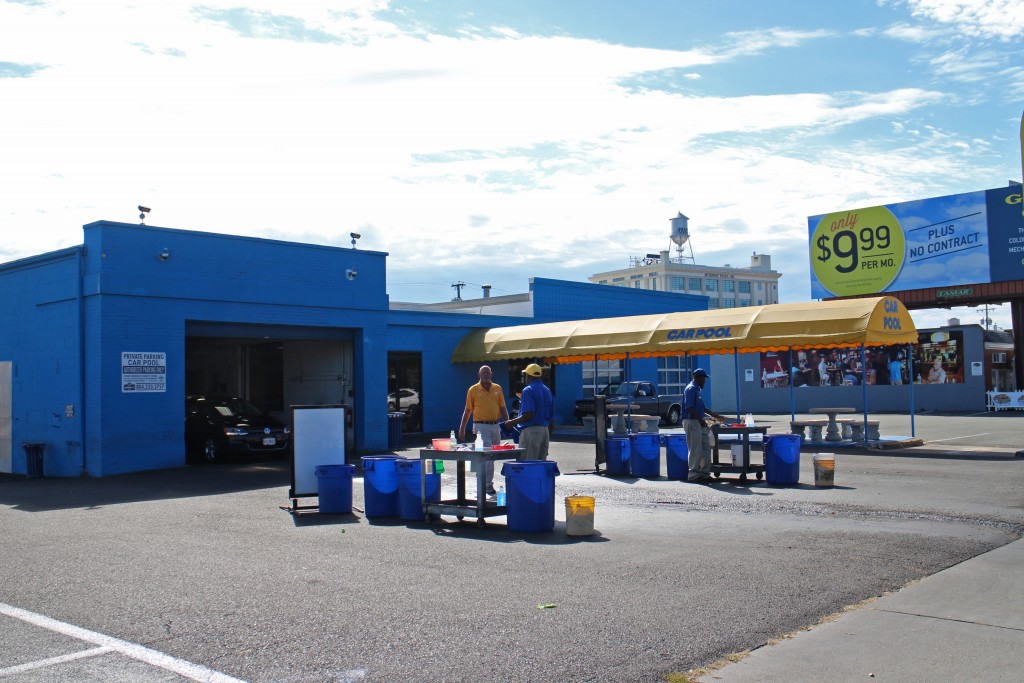 A Car Pool location on North Boulevard was recently closed and its building sold. Photos by Michael Thompson.

A local developer heavily invested in the North Boulevard corridor has added to his portfolio in the fast-growing area.

Ed Lacy has confirmed he is part of a limited liability group that closed Nov. 27 on a property at 1203 N. Boulevard. The 0.7-acre parcel was previously home to a Car Pool car wash location that closed Oct. 31.

The property was formerly owned by an LLC tied to Virginia Capital Partners, an investment firm that owns Car Pool, which maintains seven other locations in the Richmond area.

Lacy said Monday he is finalizing plans for the 5,700-square-foot building that Car Pool previously occupied. He said it is likely the property will be divided into two parcels for leasing.

Lacy would not say how much the Car Pool property cost. It was most recently assessed at $817,000, according to city records, which had yet to be updated to reflect the transaction.

Lacy said the purchase was financed with help from Union Bank & Trust. He said he invested in the property because of the real estate he owns nearby.

“That was sitting in the middle of it,” he said. “You sort of didn’t have a choice.”

Lacy said the property will get a face-lift and be leased within the next six months. In the longer term, he envisions multi-story mixed-use buildings on the Boulevard-fronting properties.

“The big payoff will come years down the road,” Lacy said.