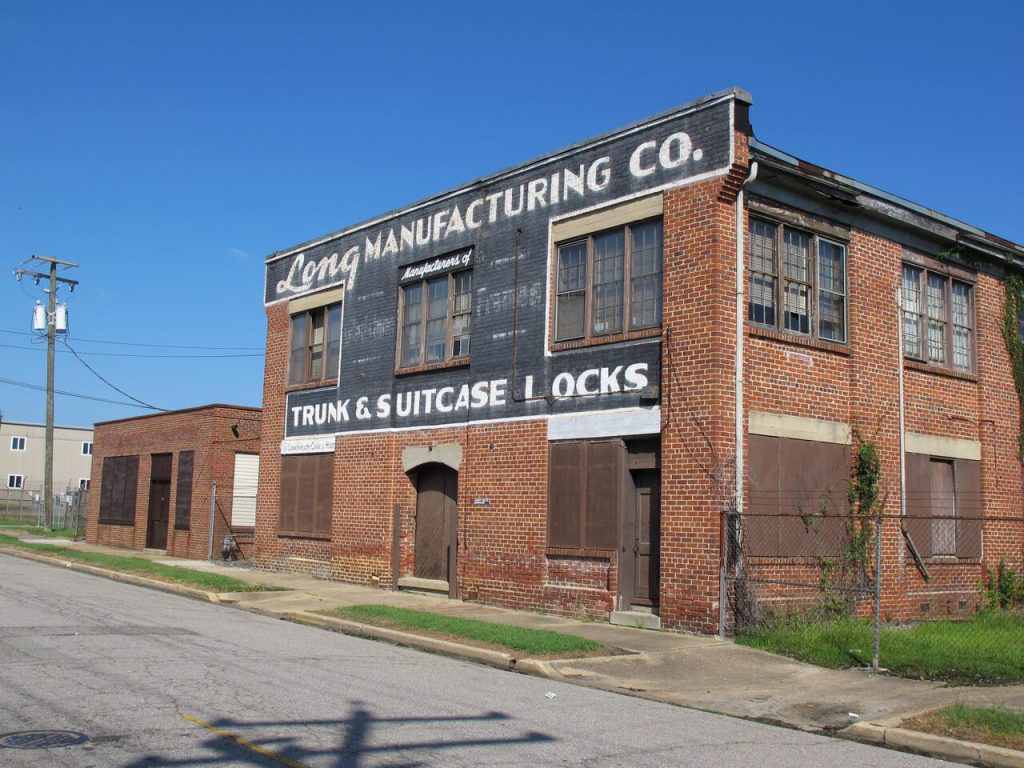 A Petersburg industrial property is set to be renovated into one-bedroom apartments. Photo courtesy of Jordan Properties.

A 115-year-old building has lured a Richmond developer south.

Jordan Properties plans to embark on a $6 million project in Petersburg that includes converting a 50,000-square-foot property at 1131 Commerce St. into 62 one-bedroom apartments.

Dave Jordan, the company’s president, said he has been interested in the project, dubbed Long Lofts, since this summer. The property has been vacant for about 20 years.

“It’s a nice, historic area,” he said. “We hope to revitalize the area a little more with this project.”

The project’s name is meant to give homage to one of the building’s former occupants, Long Manufacturing, which made locks and keys for trunks and owned the property for about 60 years. Rogers and Madison, a trunk manufacturer, was the owner prior to that.

Jordan said the project should start in the beginning of next year and wrap up in the summer.
Petersburg City Council has already approved the project’s rezoning request.

The units are set to be around 650 square feet each, with amenities including an outdoor courtyard, workout room and lounge area. Jordan said he plans to add solar units to the roof to help with electricity costs.

Trent Construction is the general contractor, and Todd Dykshorn is designing the project.

Long Lofts is a historic tax credit project, and Jordan said the finished product will enhance as much of the property’s historic character as possible while also offering modern niceties to its residents.

Jordan said he has secured a loan through locally based Sonabank to pay for costs not covered by the historic tax credits.

“I like historic projects. I like that they have a lot of character,” Jordan said. “That’s what drew me to Richmond 17 years ago.”

Jordan said he has worked on several other properties in the Fan and Museum District, including a 12-unit project on Monument Avenue.

He said he has traveled to Petersburg over the past 10 years and noticed the area starting to change in that time.

“I’ve seen a lot of growth, starting from downtown, and most of the buildings have already been rehabbed,” he said. “Things will start branching out a little because the historical fabric is awesome. There are a lot of historic houses that you can still get for very reasonable amounts.”

Jordan compared the changes he has seen in Petersburg to those of Scott’s Addition and Shockoe Bottom.

“Five years ago, I had one of my banks telling me, ‘Don’t work in Scott’s Addition. It’s not a good investment.’ Now, you can’t find a place,” he said. “Hopefully, we’ll be doing more (in Petersburg).”

The city has just started rehabilitating one of its own historic buildings, and more businesses are heading into the area, including distilleries and breweries.