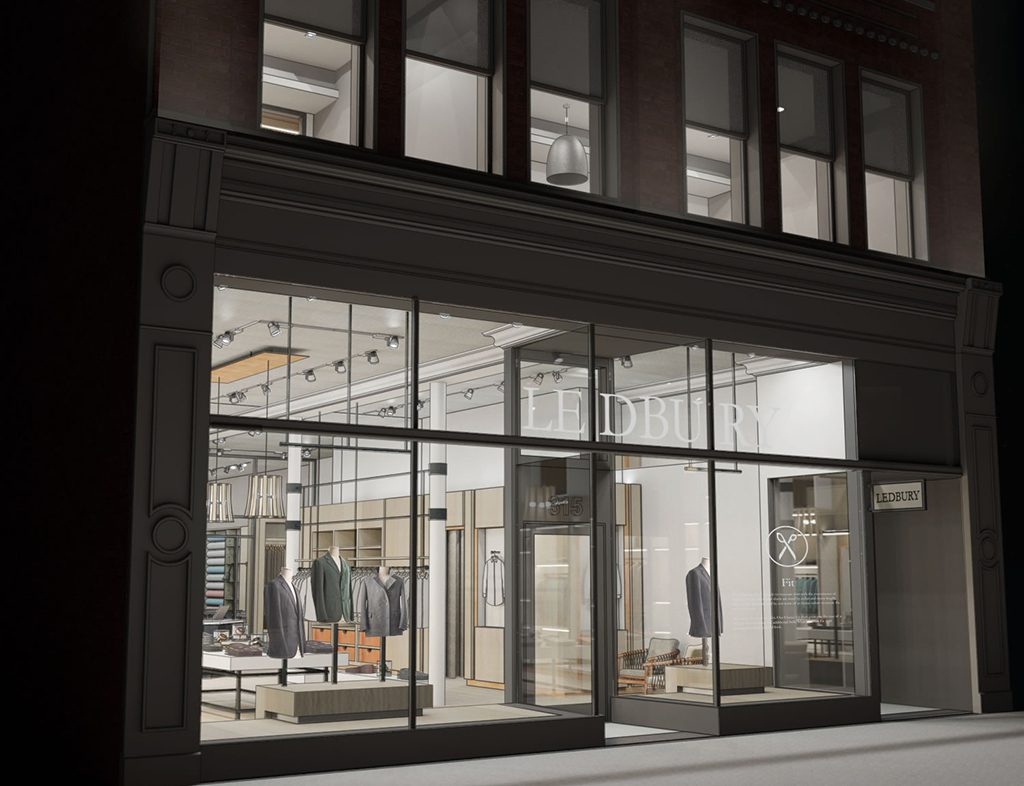 A rendering of Ledbury’s new building.

With the lease expiring at its longtime Shockoe Bottom headquarters, a homegrown shirtmaker is stepping into a downtown property owned by the Ukrops.

Ledbury signed a lease this month to relocate its home base and flagship retail shop to three floors at 315 W. Broad St. The 7-year-old menswear brand plans to move into the 11,700-square-foot space by September.

Paul Trible, Ledbury’s CEO, said the first floor will house a 2,000-square-foot storefront and the other two floors will be used as offices for 35 employees. He said the move to West Broad Street near newly minted restaurants like Antler and Fin and the just completed Quirk Hotel was attractive because it meant joining what he called the area’s “resurgence.” 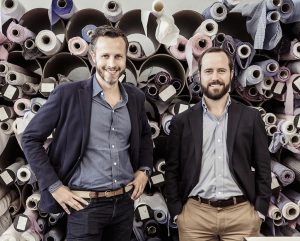 “We’re planning on calling that home for the long term,” Trible said. “We’ve always been attracted to the downtown Broad Street corridor.”

Trible, 35, said the Shockoe Bottom storefront at 117 S. 14th St., where Ledbury opened about five years ago, will close Aug 31. The company’s recently opened Georgetown storefront and the Ledbury Creery Workshop at 5710 Patterson Ave. will stay open. The West End storefront’s production workshop will move to the new downtown space.

SMBW is doing the design work for Ledbury, Commonwealth Construction Management is handling renovations, which have already begun, and Robert McCann is the project manager.

Ledbury’s new home has been owned by the Ukrop family since the 1990s, according to Ted Ukrop. The building is a block west from Quirk Hotel, a venture led by Ukrop and his spouse Katie Ukrop.

He said he and broker Christian Kiniry of Bank Street Advisors have been in talks with Ledbury for more than a year about leasing the space.

“I think they’ll be good for the hotel and existing businesses to make it more of a shopping destination,” Ukrop said of Ledbury.

Ukrop said in the past the property at 315 W. Broad St. has been used for apartments for VCU students and retail space on the ground floor. The storefront was most recently home to Release the Hounds, a marketing firm, that moved a few doors down on West Broad Street to another Ukrop-owned property.

Ledbury will have at least one co-tenant in the building.

Ukrop said he has an office tenant lined up for the fourth floor of 315 W. Broad St. but he wasn’t ready to say who. He also said a new tenant is in the works for the old Quirk Gallery space at 311 W. Broad St.

“The idea is to continue to make Broad Street a destination,” he said.

The idea is well past the brainstorming stage. VCU’s Institute for Contemporary Art is a $35 million project taking shape at the corner of West Broad and North Belvidere streets. South of the ICA along North Belvidere, local businessman Steve Uphoff has plans for a high-rise apartment building.

Ledbury got its start in 2009 as an online business selling high-end men’s dress shirts. Since then the company still mostly sells shirts online at prices between $74 and $165, and has added other products like blazers, pants and ties. Ledbury has also gotten onto other retailers’ store shelves with more than 100 wholesale accounts across the U.S. Trible said he expects Ledbury will sell more than 100,000 shirts in 2016.

“It’s made us a more complete business,” Trible said of Ledbury’s additions to its inventory. “Now, it’s time to focus on the recent expansion.”

Trible said Ledbury is considering opening another store either in Atlanta or Charlotte in 2017.

“I think it will probably be in a Southern market,” he said.