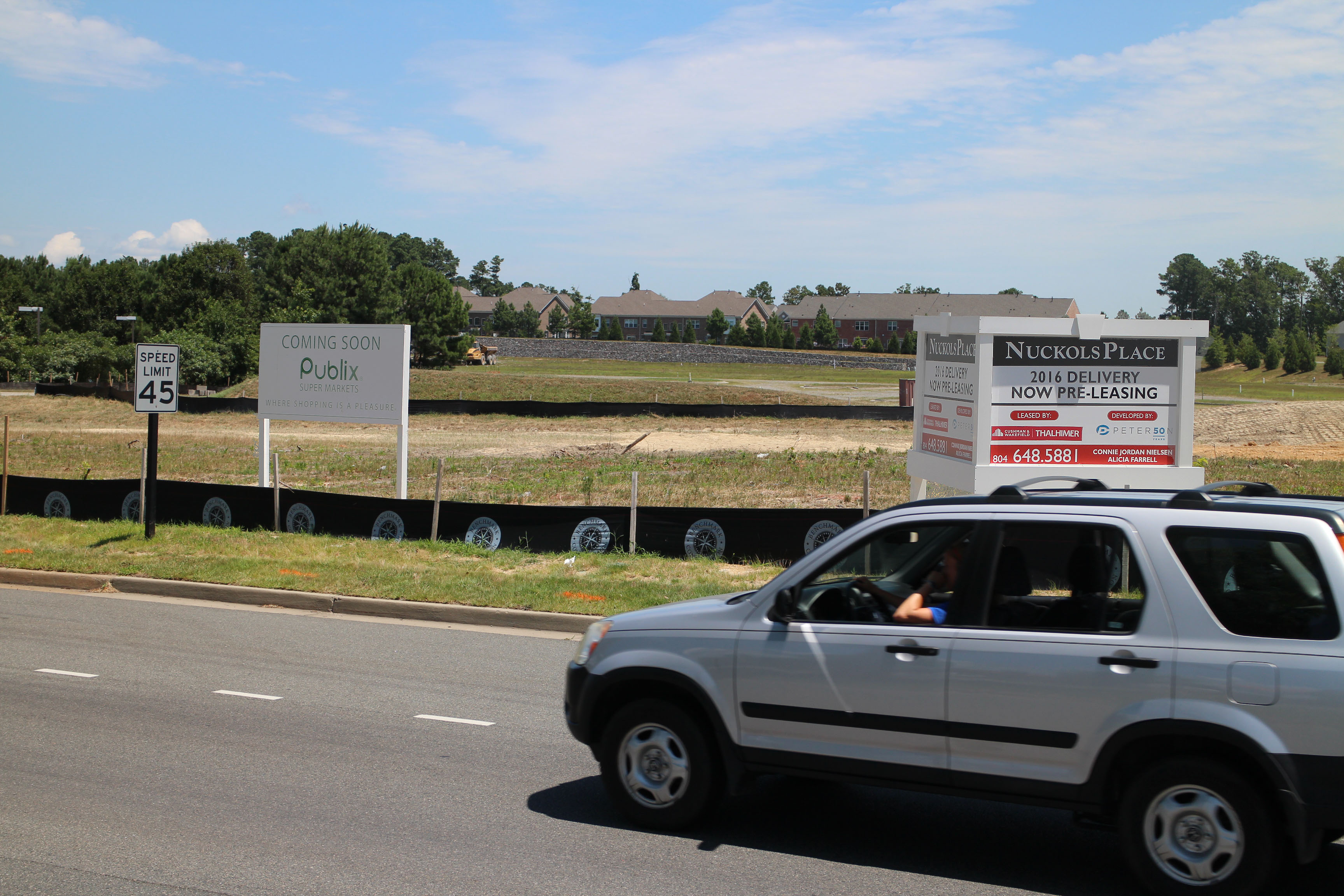 Another surface lot in the booming Golden Triangle has changed hands. Photo by J. Elias O’Neal.

Sedona opened its first location at 15732 WC Main St. in Westchester Commons in Midlothian about five years ago.

Founder Dennis Barbaro said Friday that his firm signed the lease to join the suburban shopping center about three weeks ago, and plans to invest about $1 million in the location.

Midlothian-based Fas-Trac General Contractors Inc. will complete the renovations on the space once the shopping center is completed next year.

“We’ve been told the space will be ready in April 2017,” Barbaro said. “This specific area is underserved, the demographics are fantastic, and there’s more activity and development to come.”

Once completed, Barbaro said his newest Sedona Taphouse should open to the public around late August to early September 2017, employing about 50 to 60 full- and part-time employees.

Eventually, Barbaro said he would like to open and operate four Sedona Taphouses in metro Richmond – with eyes set on areas like Short Pump and downtown.

Barbaro is also looking to tap into the Hampton Roads market, adding that he’s exploring the potential for growth in Williamsburg and Virginia Beach.

The restaurant concept, which is owned by Barbaro’s DJB Hospitality, also signed franchise agreements to develop Sedona locations in Lexington, Kentucky, and Nashville. Sedona also has franchises open in the New England suburbs of Norwalk, Connecticut, and Mamaroneck, New York; and operates a location in the Detroit suburb of Troy, Michigan.

“We’ve been successful in the growth that we’ve seen,” Barbaro said. “We’re excited about the future.”

NuckolsPlace is a 97,000-square-foot retail development located near the intersection of Nuckols and Twin Hickory roads on property once owned by Ukrop’s Super Market. Ukrop’s sold the site to Northern Virginia development group Peterson Cos. and Maryland-based Virginia Financial Investors for $8.1 million in 2016.

Before Publix’s announcement last week to add more locations throughout the region, the development was to be the Florida-based grocery chain’s first store in metro Richmond.

Other tenants slated for the development include PetValu, Zaxby’s and Lee Nails, according to a Cushman & Wakefield | Thalhimer marketing flier.