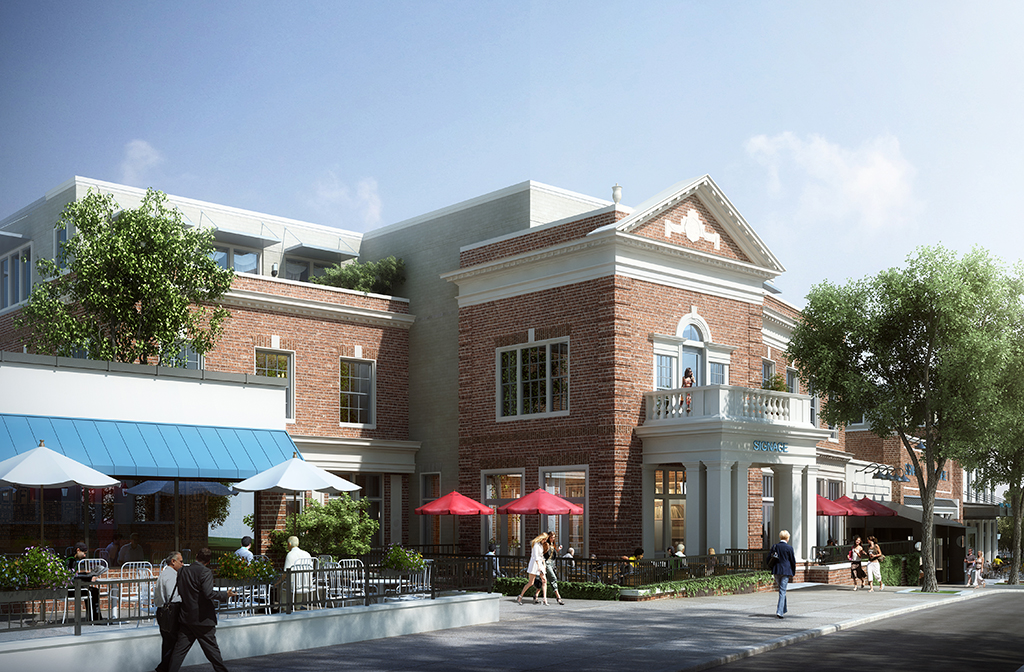 A rendering of the changes proposed for Westhampton Theater.

Of the 10 items on its packed agenda on Monday, the Richmond Planning Commission endorsed all 10 over the course of a five-hour meeting, including several notable projects. 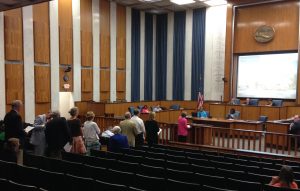 The Richmond Planning Commission endorsed all 10 items on its July 18 agenda. Photo by Michael Thompson.

The item that generated the most discussion from the public was Westhampton on Grove, a 12-unit apartment redevelopment in the Libbie-Grove area. More than a dozen people spoke in opposition to the special use permit required for that project, while five people spoke in favor of the redevelopment plan, which now goes to city council.

Another apartment development that received the commission’s support saw far less comment from the public, as only one person spoke in opposition of an amendment to a special use permit for developers Louis Salomonsky and David White’s plans to convert a warehouse at 1650 Overbrook Road into apartments.

The amendment removed language that would have required windows to be cut into the building after five years – a city-added provision that drew concerns from the state agency that regulates historic tax credits. 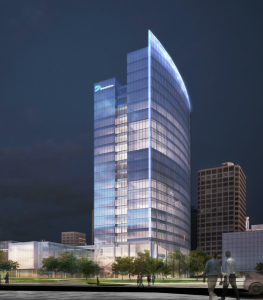 Rendering of the planned Dominion tower.

The matters endorsed yesterday are now subject to approval by city council. Other notable items recommended for approval were:

Busy and productive day for the PC! Two bold strokes in approving Westhampton and the riverfront condos. It’ll be interesting to see how the SWA does in the market as windowless apartments but there appears to be renters for every newly done property.