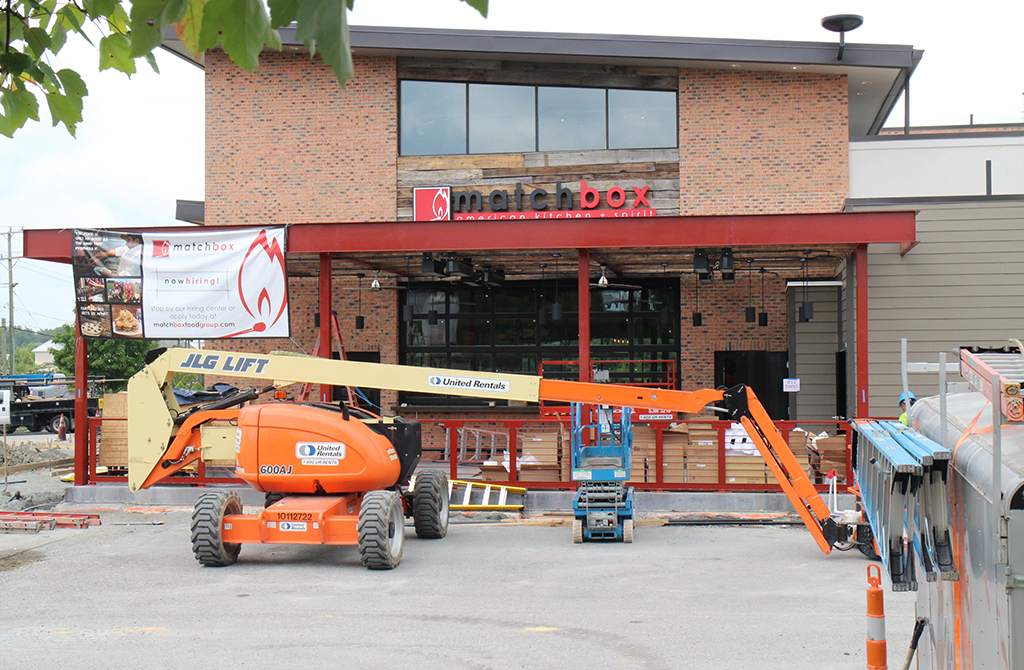 A Washington, D.C.-based restaurant chain may be ready to ignite the Short Pump food scene later this summer.

Matchbox American Kitchen + Spirits is set to open its first Richmond location around early September at 11720 W. Broad St., said Ty Neal, one of the founders and owners of the company.

The 7,000-square-foot restaurant is taking shape on an outparcel once occupied by Chili’s near the entryway to Short Pump Town Center. That building was razed to make way for Matchbox, which also scoured sites in the Fan, Carytown, downtown and Midlothian before settling on its Short Pump location, Neal said.

The first Matchbox opened more than 10 years ago in D.C. Short Pump’s opening will coincide with its 11th restaurant opening in Alexandria. Plans for its Richmond location were first announced last October.

“A lot of people that are our investors…almost all of them know someone in Richmond,” Neal said. “Richmond is kind of our backyard.”

Crews from Boston-based Shawmut Design and Construction are putting the finishing touches on the Short Pump structure. The restaurant will lease the property from the group that also owns the mall, consisting of Forest City Enterprises, QIC and local developer Pruitt Associates.

The building’s interior was designed by Studio McCormack and California-based James Gartner and Associates designed the exterior. It will feature multi-level dining space and an outdoor patio, Neal said. The location also will feature wood-fired masonry ovens – an element used throughout all Matchbox restaurants.

In addition to Richmond, Matchbox continues to grow its brand beyond the confines of metro D.C. It plans to open its first Texas restaurant in Dallas, along with additional locations across the Lone Star State and South Florida.

Matchbox won’t have to look far for new competition along the busy stretch of West Broad Street.

“We’re going to be in good company,” Neal said. “This is a great location with a lot of growth potential. Our following out of D.C. into Richmond is strong…and will grow once we open.”

Correction: A previous version of this story misidentified the architects of this project and their roles. The building’s interior was designed by Studio McCormack. California-based James Gartner and Associates designed the exterior.