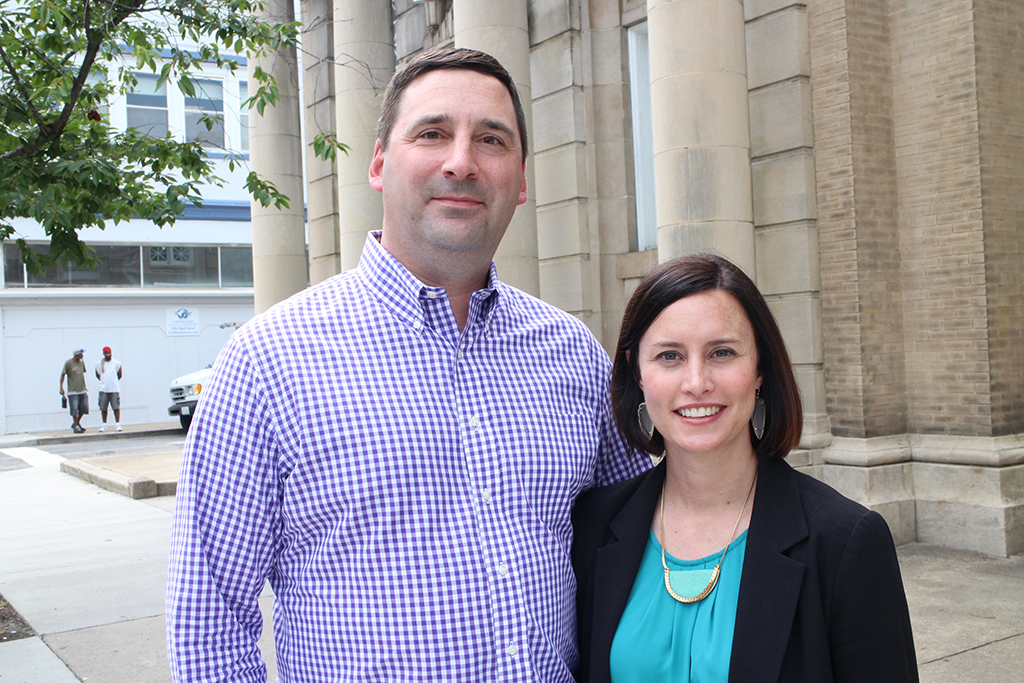 With 10 properties purchased along the Manchester stretch of Hull Street since 2015, Michael Hild and Laura Dyer Hild aren’t slowing down in their bid to stake a claim in the early stages of the neighborhood’s transformation.

The local husband-and-wife team, through their Church Hill Ventures LLC, is under contract to acquire an old commercial building at 1128 Hull St. for $525,000.

That follows their $365,000 purchase this month of a 10,700-square-foot building at 1204 Hull St., a property they plan to renovate into 1,500 square feet of ground floor commercial space and apartments with the help of state and federal historic tax credits.

The deals are part of the Hilds’ bigger goal of making the drag a bustling commercial district by reviving boarded-up, rundown buildings and vacant lots centered around Hull and West 12th streets. 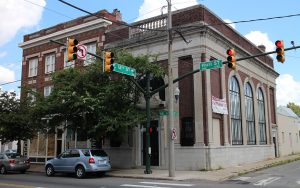 The Hilds are renovating several run-down buildings along Hull Street.

“We’re almost two to three years in on this endeavor,” Michael Hild said, adding many of the properties had title issues that had to be worked out. “It’s taken an enormous amount of time to research the properties.”

Michael Hild is also CEO at Live Well Financial, a hedge fund and mortgage finance company he launched in 2005, and co-owner with his wife of Anderson’s Neck Oyster Co. Laura Hild is also director of Mid-Atlantic healthcare interiors at HKS, an architecture firm with a regional office on East Cary Street.

Their purchase of 1204 Hull St. brought their total acquisition costs in the neighborhood to $2.06 million since 2015. They’ve paid cash for all the properties thus far, and Hild said the success of Live Well is driving the couple’s investment in Manchester.

“We hope that trend continues,” he said. “Knock on wood.”

Hild said he expects renovations and new construction for all of Church Hill Ventures’ holdings in Manchester to cost more than $6 million.

Virginia Credit Union is financing the construction and permitting for 1204 and 1213 Hull St. The Hilds are waiting on permits to begin construction. Joseph F. Yates is the architect for the work and UrbanCore Construction is the general contractor.

“It’s been a marathon, not a sprint,” Hild said. “We felt that while we could do this in Church Hill or Scott’s Addition, those neighborhoods are already off to the races.”

Richmonders might know 1204 Hull St. for its distinctive mural of a double-headed robot. The building was previously owned by August Moon, who ran a recording studio in the space. In March the Hilds acquired the Baldwin Building at 1209 Hull St. It used to be a Thalhimers department store when the company expanded from East Broad Street, according to Michael Hild.

When asked about the couple’s end game, Hild says he is ambivalent about the money and he’s hoping his investment in Hull Street encourages others to follow suit.

“I’m not a developer,” he said. “We wanted to see the Hull Street corridor come back to its former glory days. I’d be happy to break even at the end of the day.”

Recent years have brought a spike in apartments and commercial space to parts of Manchester, with Hull Street investment heating up in the last year or so. 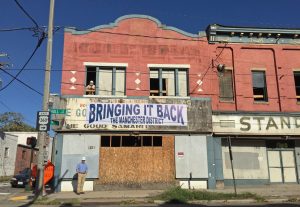 RJ Smith Co. hopes to revive a stretch of Manchester.

The Plains Management Co., a development company based out of The Plains, Virginia, is renovating three buildings at 1309-1315 Hull St. Along Hull and Bainbridge streets, RJ Smith Co. is attempting to create what the development company has called a “Southside Carytown.”

Illustrating the changes in the neighborhood are new tenants such as Island Yoga Fitness, which leased space in Spy Rock Real Estate’s recently completed Old Store Lofts. The lofts were a renovation of 1229 Hull St. into 10 apartments and 3,000 square feet of commercial space

Next door to the new yoga studio, Bahashem Soap Co. has been open at 1221 Hull St., unit A, for more than two years. Marcus Webb, the brother of the shop’s owner and a resident at the Hatcher Tobacco Flats on Commerce Road, said there’s been a slow but welcome progression of development in the neighborhood.

“They’ve been neglected so long,” he said of the commercial buildings along Hull Street. “It would be better if there were more businesses out here that could cater to the community.”

His mother, Gladys Wiggins, agreed, adding that the revitalization of Manchester is already surprising customers that venture into the shop.

The Hilds are a breath of fresh air to this commercial district but it’s my opinion that the most important purchases were those of RJ Smith on the 1300, 1400 and 1500 blocks. Those were the worst buildings on the strip, lacking roofs and in some cases sprouting grown trees from the first floor through the second and through the hole in the roof. Those buildings held back the restoration of those in better condition. Slowly, that District is reviving due to the efforts of all these pioneering investors. The effort started twelve years ago though with the first historic… Read more »