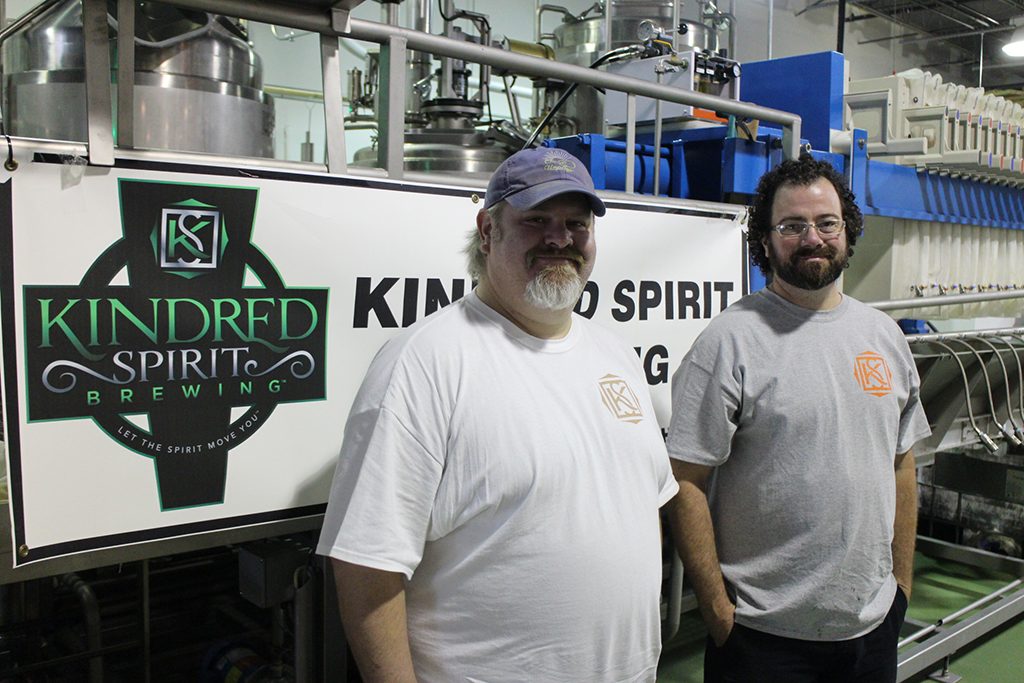 Starting Saturday, Goochland County will have a three-pack of breweries up and running.

Kindred Spirit Brewing is set to open its doors to the public Saturday with a grand opening bash at its new facility in West Creek. It’ll be the 14th local brewery open for business.

The event is scheduled from 1 to 9 p.m. Saturday at its brewery located at 12830 West Creek Parkway, Suite J off Route 288. Activities include live music, food trucks and at least eight beers on tap, said Jason Trottier, Kindred Spirit owner and general manager.

“We’re expecting a good showing of people,” Trottier said. “It’s been a mixture of nerves and excitement for us trying to get everything open.”

Jason, and his brother and owner Joe Trottier, announced their plans for the brewery in late 2015. It took shape in an existing industrial building that sits about a mile away from Hardywood Park Craft Brewery’s new $28 million facility that’s also under construction in West Creek. 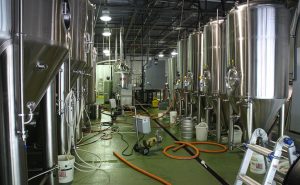 Part of the 5,000-square-foot production facility at Kindred Spirit, which will open its tasting room to the public Aug. 27. (J. Elias O’Neal)

Goochland is also home to Midnight Brewing on Granite Ridge Road in Rockville and Lickinghole Creek Craft Brewery on Knolls Point Drive, both of which opened in the past few years.

The Trottier brothers, along with two investors, financed the venture with help from Wells Fargo. Brian Bock of Richmond-based Taylor Long Properties represented the group in the leasing of their Goochland space.

Kindred Spirit Brewmaster Lee Lonnes will oversee brewing operations at the facility, while the Trottier brothers will operate and oversee the business side.

While Kindred Spirit will not sell food at its taproom, Jason Trottier said the brewery will host food trucks on the weekends. The site will also sell and fill growlers, which will include what Jason hopes will become Kindred Spirit’s signature brew: Headspace IPA.

A stout, a blonde ale, an English-style mild beer and an orange crème ale will also be on the menu. 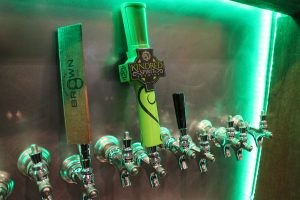 “We’re going to offer something for everyone,” Jason said.

Starting out, kegs of Kindred Spirit beers will be distributed to area bars and restaurants by Richmond-based Brown Distributing Company, Jason said. He said at maximum capacity, the facility could crank out 5,000 barrels of brew.

“We expect to produce 1,500 barrels of beer during our first year,” he said.

Jason said Kindred Spirit has been working with Brown to introduce a few of its kegs to area restaurants and bars across the metro, including at Capital Ale House and Sedona Tap House.

“Once we get the processes figured out here, we’ll start rolling out kegs in less than a month,” Jason said.

As the brewery grows, Jason said the firm expects to can, bottle and label its beer for expanded distribution.

Following its grand opening, Kindred Spirit will operate regularly from 4 to 9 p.m. Wednesday and Thursday; 4 to 10 p.m. on Friday; noon to 10 p.m. on Saturday; and from noon to 6 p.m. on Sunday.

All of these breweries opening around town are great but you have to wonder when the bubble will pop and who will be caught off guard. Reminds me of the micro brewery bubble of the late 90’s.