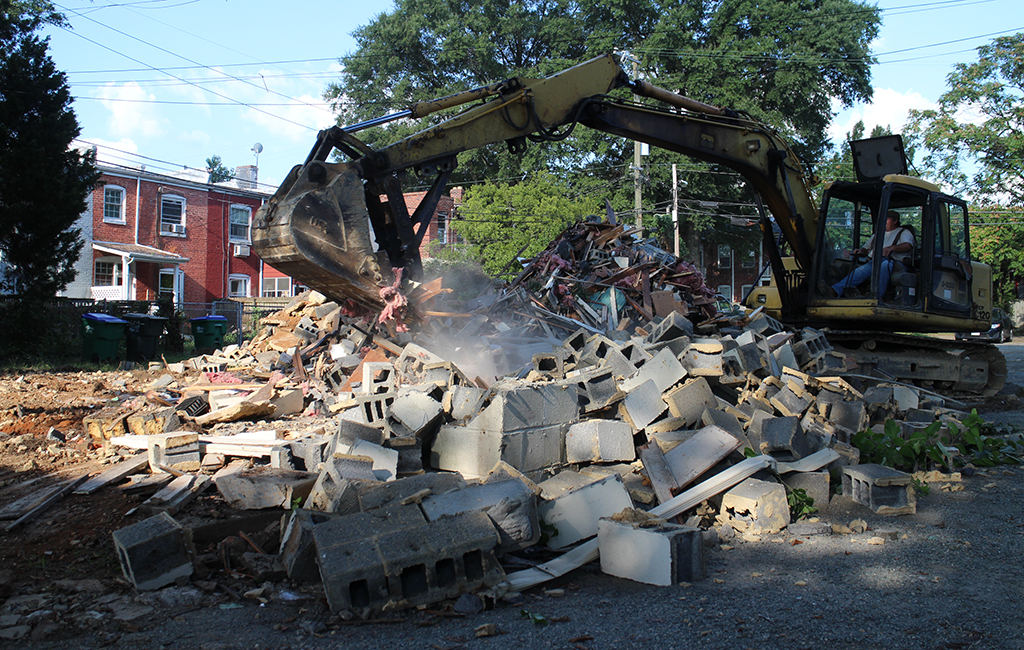 A project that will fit six modern-design townhomes within a built-out city block has more room to maneuver.

Demolition commenced Thursday on the site of A2, a cluster of townhomes to be built between two alleys in a block across South Robinson Street from the former GRTC bus depot.

The project, by Danny Meyer of Dallan Development, Patrick Sullivan of One South Realty Group and John White of 510_Architects, will make use of a one-eighth-acre plot between rowhouses lining South Mulberry Street and Parkwood and Grayland avenues. The area within the block consists of open space, parking and a single-story masonry shop or storage shed – the structure that was demolished. 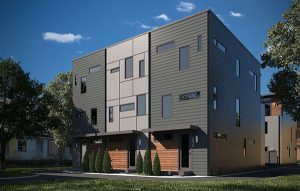 Sullivan said site work would begin on the property shortly, with construction starting in early November and finishing by May. He said one of the units is already sold.

The three-story units are priced between $379,900 and $399,000. Each will include two to three bedrooms, 1 ½ to 2 ½ bathrooms, garage parking and an open third-floor living space with deck. Each will also feature a dumbwaiter to more easily move items between the three floors.

The project will also involve improvements to the two alleys, to be named Robinson Square Alley and provide the street addresses for the units, which will not have public street frontage.

The concept of fitting new construction along an alley within an established city block is similar to another project that Sullivan and White collaborated on with developer Zach Kennedy: a recently completed modern-design house on M Street in Church Hill.

Across Robinson Street from the A2 site, redevelopment is underway on the former GRTC bus depot, which The Monument Companies is transforming into hundreds of apartments and thousands of square feet of commercial space.

I’ve got to hand to Sullivan. He’s become a crafty urban developer. He’s brought in a great partner in Dallan. Is it true that Danny Meyer and Robin Miller are identical cousins from different continents? It’s just a rumor I heard.

Thanks Bruce! Learn more about the project at A2rva.com

I notice this more recent article no longer carries a comment about neighbors being “supportive of the plan so far”.