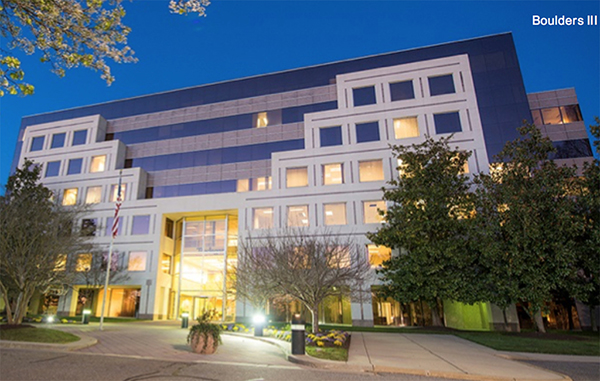 Update 10/4: This story has been updated to include the purchase price and listed buyer.

A real estate firm familiar with Richmond’s downtown market has again turned to the suburbs for its latest local deal.

The three buildings sold Sept. 29 for a total of $25.73 million, according to Chesterfield records. The buyer for the combined 21 acres is listed as BV DRP Boulders Owner LLC, which lists its principal office with Dominion Realty Partners at 101 N. Fifth St.

County records show the portfolio’s three buildings together are assessed at $25.35 million.

The seller was an LLC tied to Greenfield Partners of Connecticut and Lingerfelt CommonWealth, a real estate company in Henrico. That group paid $21.61 million for the three buildings in 2012.

Dominion Realty, Lingerfelt and Greenfield did not respond to requests for comment. 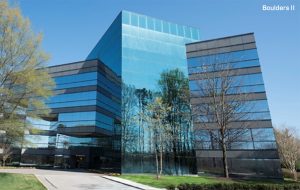 The sale marks Dominion Realty’s second deal in the last 12 months for suburban office space in Chesterfield County. It paid $6.75 million for Arboretum IX in late 2015.

The seller in that Arboretum deal was represented by broker Eric Robison of Cushman & Wakefield | Thalhimer, who also worked for the seller on this latest Boulders sale. Robison said he took the Boulders portfolio to market in June without an asking price and received multiple offers.

“At the end of the day Dominion Realty Partners presented the most attractive bid,” Robison said. “We have a good track record of closing deals with them in this market.”

“The fact that they are 76 percent leased means that there is an opportunity to unlock additional value, both through leasing and capital improvements,” Chris Carlino, a Dominion Realty financial analyst, said in a press release.

This isn’t the first time in 2016 that the Boulders has attracted investor interest. In February, Brandywine Realty Trust of Pennsylvania sold a 50 percent stake of a multi-property portfolio to New York-based Och-Ziff in a deal that included properties in the Boulders.

The company is known in Richmond for its redevelopment of the John Marshall Building downtown, the 188-unit Manchester Place and Riverside on the James. It is also set to be the developer and owner of a planned 21-story, SunTrust-anchored office building at at 10th and East Byrd streets downtown.

Congratulations to Michael Campbell who continues to reshape the Richmond skyline with his developments.