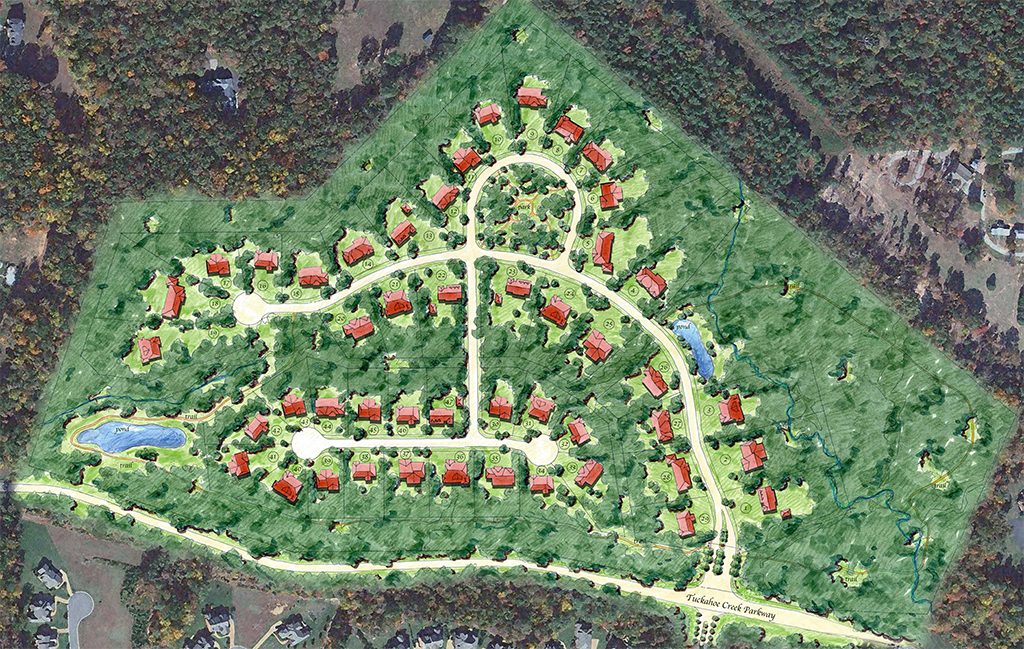 The real estate company of a prominent Richmond businessman is getting going on its latest residential development.

The new neighborhood, called Tuckahoe Creek, will consist of 1-acre lots to be sold to homebuyers directly, as opposed to a homebuilder. Buyers can choose from a group of pre-selected builders to customize their homes, which will range in price from $1 million to $2 million.

Riverstone principal Chris Corrada said the buyer-driven neighborhood will be unique in Richmond.

“There are not many places you could do this,” he said, “where you can buy a larger lot in a great location, design your own house. It’s not builder-driven, where the builder’s telling you what you can buy. It just seemed like the right thing, and by the level of interest and membership in our program, I think it’s proven to be the right choice.”

Corrada said 20 buyers have signed up for the neighborhood’s priority program, in which lots will be sold to buyers in the order in which they pay a deposit. Lots will begin to be sold this Saturday.

Corrada said the land was initially planned for as many as 115 lots, but interest from prospective homebuyers altered those plans. When the property was rezoned in late 2013, Corrada said a sign posted on the land generated interest from buyers wanting to build their own homes.

“As we got into it more, we saw there was more demand for a higher-end product and a lot-sale-to-individual product,” Corrada said, noting that most new developments sell lots to builders who then build the homes and sell them to homebuyers.

“We wanted individuals to design their own houses, rather than it be driven by the builders,” Corrada said. “We have a builders guild, a group of 10 builders that they can choose from, but there’s no predesigned plans.” 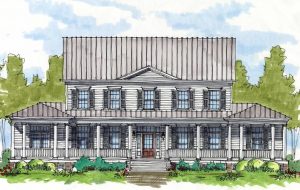 Rendering of a model home for the neighborhood. (Courtesy Riverstone Properties)

The developer is encouraging a specific type of architecture, which Corrada described as Southern with large porches and outdoor living areas. He said the style is different from other home options in Goochland, where he said red-brick colonials are more prevalent.

“It’s a way to differentiate the neighborhood – have a product with modern floorplans and classic Southern exteriors in kind of an enclave of a community.”

Riverstone purchased the property, which had been in foreclosure, in 2011 for $840,000. It was previously owned by Dominion Land & Development, which had purchased the land in 2002 for $1.6 million from Walter F. Sullivan, the late bishop of the Catholic Diocese of Richmond.

Much of Riverstone’s land holdings are across the river in Midlothian, where it is progressing with its massive CenterPointe development. Last year, the company added about 600 acres that had been part of the Sowers family’s stalled Roseland development.

Tuckahoe Creek will include a mile of paved walking trails and open space, a gatehouse entrance on the parkway that lines up with Kinloch’s Long Pond Road, and a central 1.5-acre park that several of the homes will front from across a road. The roads will be private, with homes set back into woods.

Like Kinloch, the property is sandwiched between Kinloch Golf Club and Hermitage Country Club, with quick access to Route 288 and the nearby West Creek Business Park. Corrada said the location would appeal to families and empty-nesters who want access to those areas, as well as to Short Pump and Innsbrook. He said interest thus far has been primarily local.

“It is generally people who are empty-nesters or becoming empty-nesters who have a large family house in the West End and want to build something new for their changing lifestyle,” he said. “This gives them a great opportunity to do this.”

Corrada said there is added value in selling the lots directly to homebuyers.

“The advantage is you get a better end-product,” he said. “And it really protects the values of the whole neighborhood, because the buyers are in charge, not the builders.

You get a more diverse product, and the buyers get exactly what they want. That’s sort of been missing in the market,” he said. “In new neighborhoods, typically the builders drive it, so it’s a unique opportunity to do that.”

Corrada declined to put a number on the overall cost to develop Tuckahoe Creek, describing it only as a significant investment. Beyond road construction and site work, the project includes extensions of water and sewer lines, which Corrada said required an expansion of the county’s utilities service district.

He said the price points for Tuckahoe Creek will be comparable to Keswick Hall, a high-end Charlottesville resort and development that Goodwin’s CCA Industries purchased in 2012. Locally, he said the homes would be similar to some in nearby Randolph Square and Wickham Glen in Henrico.

Meanwhile, development is wrapping up in Kinloch, which received approval for its 10th and final section earlier this year.

Goochland remains the sole local holdout in defiance of the Law requiring counties to reassess their cash proffer requirements. Has it become the haven for housing of the wealthy? For A buyer of a million dollar home, A $15k mitigation fee is just another line item like floor coverings or drapes, and it’s more likely that they’ll not have school age children or that they’ll send them to private schools. Still, when will Goochland participate in the regions need for starter housing for the employees of West Creek’s tax generators?