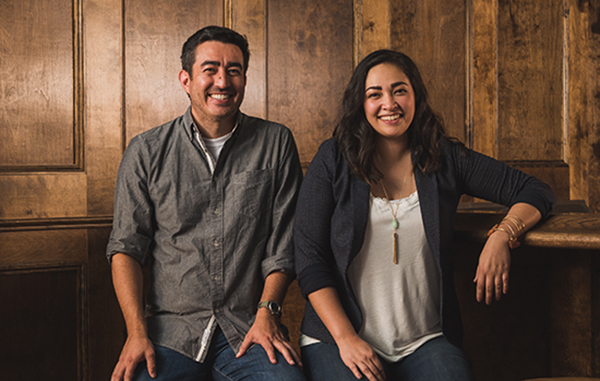 Rachel and Mike Anderson plan to open Jackson & James Men’s Clothing at 1800 Highpoint Ave., on the ground floor of the new development that’s still under construction at the former Symbol Mattress Co. site.

When it opens as planned in January, Jackson & James will cater to men and denim lovers with high-end shirts, outerwear, pants, accessories and home goods. Brands available at the store will include Raleigh Denim, Tellason, Kiriko, and Grayers. The 1,800-square-foot shop will have a lounge where customers can sip drinks and watch TV.

The Andersons have long wanted to go into business together and have spent over a year brainstorming how best to pattern their startup plans.

Rachel, a VCU alum, said Richmond’s growth and a rise in men paying closer attention to their wardrobes mean there is demand for a venture like Jackson & James. She said she and her brother came upon the idea to get into menswear when Mike couldn’t find a pair of shoes he liked in Richmond.

“He had to go to New York or Boston to find higher-end, nice stuff,” she said. “We saw a huge need.”

The siblings are hoping their different backgrounds will help guide the business.

Rachel was born and raised in Richmond and has long been in PR and communications. She plans to leave her job this month as marketing coordinator for the ACAC gym in Midlothian to run Jackson & James full time.

Mike, a UVA grad, relocated to Richmond last year from Charlotte, and spent part of his childhood here. He spent two decades in the banking and finance world before going full-time with Jackson & James.

The siblings are self-funding their efforts for now and estimate their startup costs at about $150,000.

The Andersons have picked recent Richmond arrival Hickok Cole to do the architectural work for their store and have bids out for a general contractor. 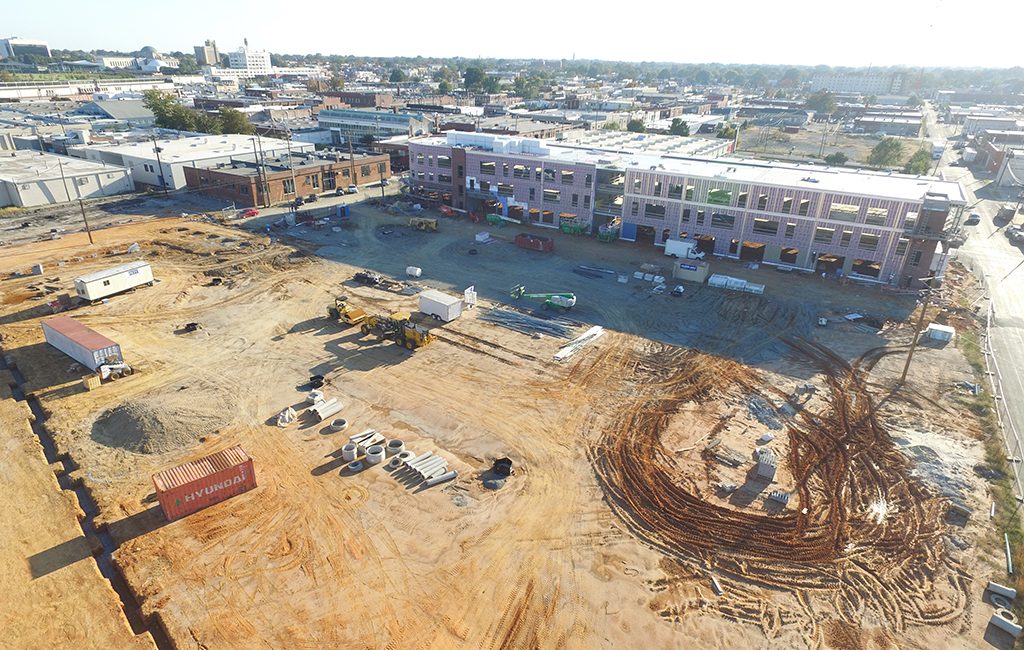 Spyrock demolished the former Symbol facility and is replacing it with 202 apartments and 60,000 square feet of commercial space. (Kieran McQuilkin)

Jackson & James is part of the larger development of the Symbol Mattress site led by Spy Rock Real Estate Group of Richmond. The developer demolished the former Symbol facility and is replacing it with 202 apartments and 60,000 square feet of commercial space, according to the company’s website.

Tenants that have signed on include restaurant Brenner Pass and Dominion Payroll Services. Spy Rock principal Andrew Basham did not return a request for an update on the development.

The Andersons were attracted to the Symbol site in part by what they knew they didn’t want in a storefront.

“We didn’t want to be in a mall,” Rachel said. “We were looking for something a little more historic.”

The Andersons looked at locations in Carytown and Manchester but ultimately Scott’s Addition’s brewery scene, new apartments, and pending development of the nearby Diamond site carried the day.

For all of the excitement generated by Scott’s Addition, its sidewalks and streetscapes have yet to see the kind of foot traffic retailers in Carytown live on. Rachel said the feel of being off the beaten path is part of Scott’s Addition’s appeal, but it also presents a challenge for Jackson & James,

“It’s definitely good and bad,” she said. “We want to be a destination. We don’t just want you to rush in and out. We want you to come in and learn about what you’re buying.”

The affluent male fashion connoisseur is a demographic other Richmond ventures have sought to build their businesses around. Ledbury is a 7-year-old high end shirt maker that recently opened a flagship storefront at 315 E. Broad St. near Jackson Ward. Alton Lane sells custom suits and shirts from a shop in Libbie/Grove and has its headquarters in Scott’s Addition.

Jackson & James is destined to be a fantastic!This sibling duo will pour their talent and love for Richmond into every experience for every customer. Congratulations, Mike and Rachel!