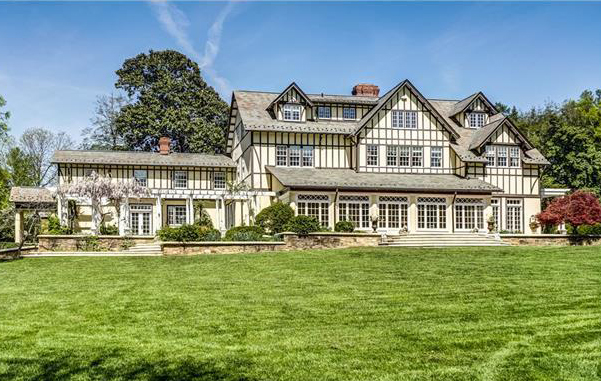 Six months after it went under contract with an all-cash offer, a West End mansion on and off the market for years is finally in the hands of a new owner.

City property records list an entity called George V LLC as the new owner. The LLC is linked to local law firm Ayers & Stolte, which is listed as its registered agent.

Public records do not indicate any individuals behind the LLC. Scott Stolte, a senior partner with Ayers & Stolte, said Tuesday he was not at liberty to identify his clients.

Previously the home of Betty G. Brown – the former wife of the head of Brown Distributing, Larry Brown – the Tudor-style mansion had been on and off the market since Betty Brown bought it back in an auction in 2011 for $2.5 million. That auction followed the Browns’ divorce that resulted in a property dispute that went all the way to the Virginia Supreme Court. 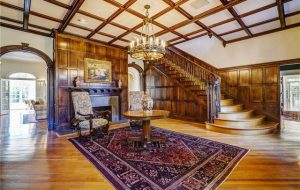 The 18-room home was originally a hunting lodge built in the 1880s, and later converted into a three-story mansion in 1907. (Courtesy CVRMLS)

The house was most recently listed in 2013 for $4.2 million but had been off-market more recently. Before it could be listed again in April, listing agent Richard Buckingham of Engel & Volkers said he had received competing offers from two prospective buyers.

The winning offer came courtesy of a client of Lucy Williams of The Steele Group | Sotheby’s International Realty, who previously listed the home for Brown when she was an agent with Select Properties of Virginia, now the Richmond affiliate of Engel & Volkers.

Neither agent returned calls seeking comment Tuesday. In April, when the home went under contract, Buckingham described the buyer as local and said the deal was all-cash.

The 18-room home – originally a hunting lodge built in the 1880s that was converted into a three-story mansion in 1907 – once served as the home for then-governor Jim Gilmore for 18 months while the governor’s mansion was being renovated.

The 3-acre property is known for having one of the first swimming pools in Richmond and includes gardens designed by landscape architect Charles Gillette, a separate two-story living quarters off the kitchen and a six-car garage accessible from the basement.

Windemere’s closing comes just days after the purchase of another Tudor-style mansion just down the street: 5103 Cary Street Road, which sold Oct. 30 for $2.5 million.