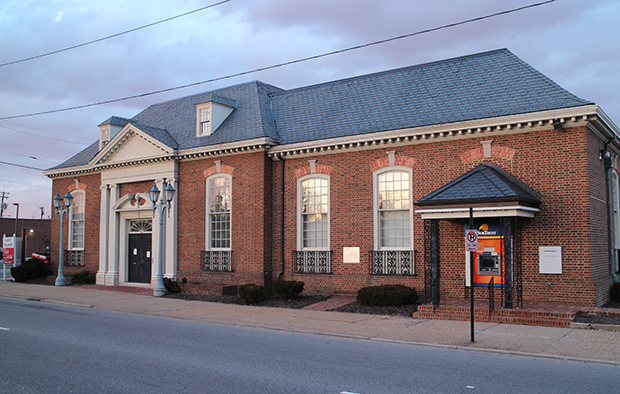 A duo of local restaurateurs is looking to make a statement by giving the brimming Scott’s Addition beer scene some Broad Street frontage.

The 10,000-square-foot site will be reconfigured to accommodate a brewery and restaurant. Shah would not disclose many details about the type of restaurant and style of beers Statement Brewing will serve.

“We want to make this a destination,” said Shah, majority owner of the venture and an executive at locally based Shamin Hotels. “So we thought that bringing in a restaurant would accomplish that, given what’s occurring in Scott’s Addition.”

Statement Brewing is scheduled to make its debut September 2017, Shah said, with construction hopefully starting on the site around February or March.

No contractor has been selected. Shah said his team plans to seek historic tax credits for the project.

“The building was constructed in 1947,” he said. “We’re going to maintain as much of the building as possible. The exterior will look the same, with the addition of a few high-end finishes that will complement the neighborhood.”

Shah and Gilbert have a history in the restaurant business. He and Gilbert own Keagan’s Irish Pub & Restaurant in West Broad Village and are also opening a Mellow Mushroom restaurant in the new GreenGate development taking shape west of Short Pump.

Despite laying claim to a few well-known national and regional restaurant brands, Shah said the pair’s Scott’s Addition venture will be independently developed to appeal to the up-and-coming neighborhood.

“We want to cater to that location in Scott’s Addition…it’s going to be something very different,” he said.

Plans call for Statement Brewing to brew its own beer onsite at one end of the facility, with the restaurant on the other end of the building.

“There are 24- to 26-foot-high ceilings at the far end of the building, which makes that side conducive for the brewing equipment,” Shah said.

The former drive-thru is set to be demolished to make way for a beer garden and outside bar, Shah said. He added none of the existing parking will be affected during the renovation, and the firm owns a parking lot along Summit Street near the Lunch & Supper restaurant.

Because of the future bus rapid transit line set to run in front of Statement Brewing along Broad, Shah said his team is seeking a rezoning from B-3 general business district to B-7 mixed-use business district.

A public hearing is scheduled for Dec. 12 before the Richmond City Council.

“We have no plans to add any residential components to the project,” Shah said of the rezoning request. “Many of the businesses that front the line are going to be rezoned B-7 anyway, but since we’re further along in our plans, we have to seek the rezoning as a routine change since the city hasn’t already rezoned the properties in Scott’s Addition along Broad.”

Statement Brewing is going to be in good company in Scott’s Addition, with its growing bounty of breweries, businesses and residents.

Work continues on Väsen Brewing Co. in the HandCraft Building at 3331 W. Moore St., with the brewery scheduled to come online by early 2017. Elsewhere in the neighborhood, Ardent Craft Ales, Isley Brewing and Veil Brewing are open for business, along with cideries and other booze makers.

An appetite for restaurants in the neighborhood has gained traction, with locally based Tazza Kitchen planning a location at 1500 Roseneath Road and local architects Chris Fultz and Alex Graf planning ZZQ – a Texas-style barbecue restaurant – at 3201 W. Moore St.

“Scott’s Addition has proven time and time again that it is a superior location with all the residential, business and brewery activity occurring,” he said. “The neighborhood is well-suited for this type of restaurant and brewery, and we’re excited about what we’re planning to bring to the area, and everything that’s happening in Scott’s Addition.”

I’m expecting Jay to produce a top notch India Pale Ale. It’s a great location but that has come to be expected from the Shamin Group of real estate investment. The rarely choose poorly.