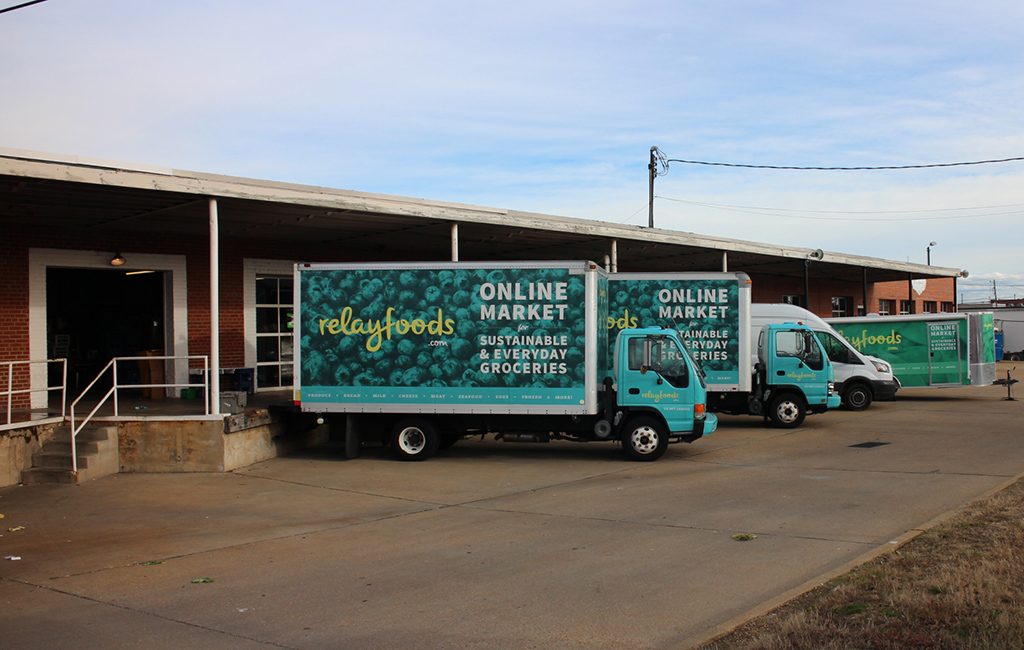 A summertime merger between online grocers in Charlottesville and Colorado is resulting in changes on the ground in Richmond.

Relay Foods, an online grocer headquartered in Charlottesville, is closing its Richmond distribution warehouse in Scott’s Addition as the brand is being dissolved into Denver-based Door to Door Organics as part of a merger announced earlier this year.

On Jan. 15, Relay Foods will cease operations and its Richmond and Charlottesville warehouses will close. Dozens of employees in Virginia will be laid off as a result, including an unspecified number in Richmond and 48 in Charlottesville. Grocery delivery services will continue in Richmond through the Door to Door brand.

“We will have approximately 25 employees in Virginia that will continue to support the business from the marketing, product, merchandising, people and culture, operations, and customer care departments,” Door to Door spokeswoman Cambria Jacobs said.

The merger was first announced in June, in conjunction with the company receiving $10 million in equity financing.

“The Relay Foods and Door to Door Organics merger was a move to transform the online grocery experience and to shape how people shop for healthy food,” Jacobs said.

Richmond was one of Relay’s biggest markets, trailing only Washington, D.C. The Scott’s Addition warehouse served 10 localities outside Richmond.

Relay Foods was founded as Retail Relay in 2008 before rebranding in 2009. It began in Charlottesville, and expanded into Richmond in July 2010. By 2013, Relay Foods had raised more than $13.25 million in venture funding. The company briefly leased a restaurant space in Shockoe Bottom that year that has since become Loft 17.

It’s a shame to see this happen to a great company. I have been a customer for over a year and have enjoyed the fresh, locally-sourced food as well as the flexibility of picking up on different days at different locations. I live in Williamsburg and commute to Richmond, so having pick ups in both cities was great. Door to Door will service Richmond, but sadly, not Williamsburg.
The staff was always wonderful at all locations, hopefully they will find new jobs quickly.

I called Relay Foods and chatted with the customer care folks. They gave me a website to check out and Williamsburg was on the delivery map. This web address was different from what I had seen online. They also assured me on the phone Williamsburg and New Kent would be covered in delivery area.

Thank you TL, that is good to know!