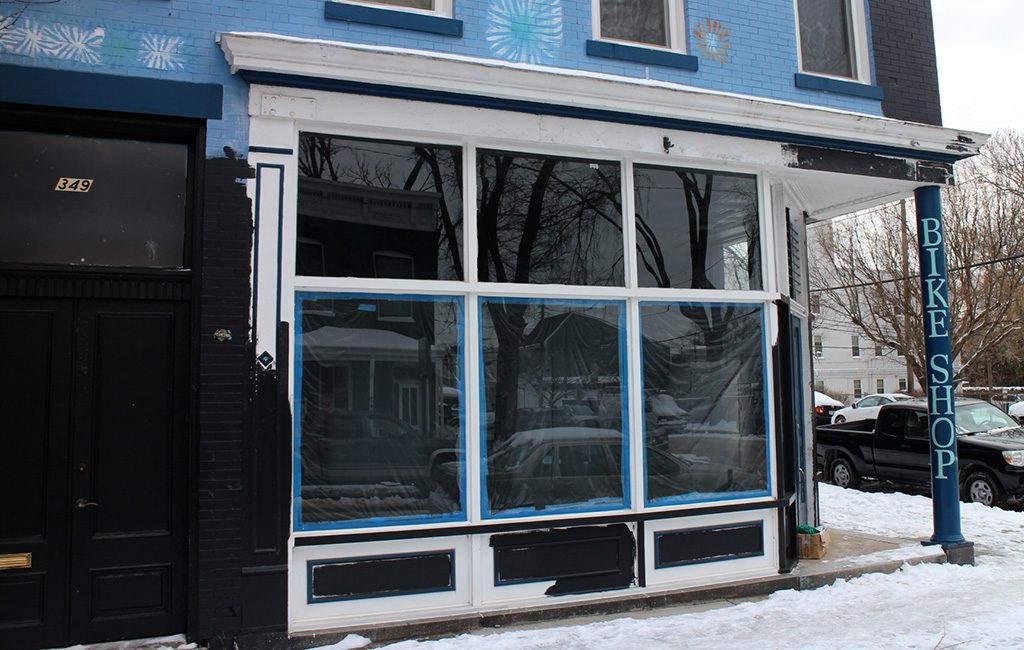 The future home of Rest In Pieces, at the corner of Laurel and Albemarle streets. (Mike Platania)

After a decade-old local bike shop passed on in the quiet of winter, another local shop known for its unusual offerings and its collection of animal mounts is moving in from the Fan area to reanimate the Oregon Hill space.

Bunnyhop Bike Shop closed for business at 349 S. Laurel St. in mid-December after a 10-year run in Richmond.

Owner Luke Stevens moved Bunnyhop into the Oregon Hill space in 2012 after outgrowing its original store at 918 W. Grace St. In October, Stevens announced via Facebook the shop would close in December.

Stevens said he’s just not interested anymore, and is moving on to another career. 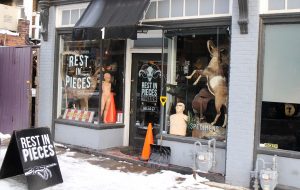 Rest In Pieces will leave its current storefront in mid-February. (Mike Platania)

Rest In Pieces, an oddity shop, will move into the building with a target open date of March 11. Owner Justin Torone said the business has outgrown its location at 1 S. Stafford Ave.

“When we first opened, it was overwhelming. I was thinking, ‘How are we going to fill this space up?’” Torone said. “Now I can’t find space on the walls.”s

Torone said the new Rest In Pieces will look completely different from its current space. Ross Trimmer of Sure Hand Signs will paint a mural on the outdoor wall facing Albemarle Street. Sure Hand has done murals for Buskey Cider, The Preserve at Scott’s Addition and Ironclad Coffee Roasters, and Trimmer did Rest In Pieces’ current window art.

The residential-heavy Oregon Hill neighborhood has been the site for investment lately, with the Overlook townhomes set to hit the market next month.

“We couldn’t be more excited to join the neighborhood,” Torone said.

The space is owned and managed by Nolen Blackwood of Blackwood Investments. Torone said the company plans to close the Fan-area storefront for two weeks in late February to prepare for the move.

Correction: A previous version of this story incorrectly identified Rest In Pieces as a taxidermist. It is not a taxidermist, but rather maintains a decorative collection of mounted animals throughout the store, but that are not for sale.