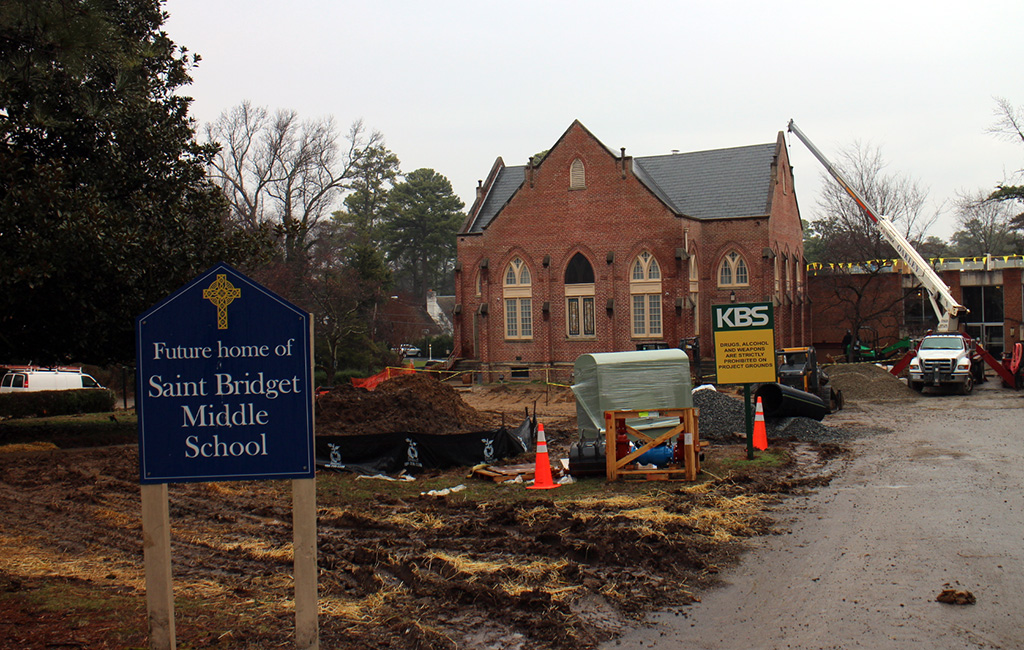 In the Near West End, Saint Bridget School is finishing up the multimillion-dollar renovation of what used to be Westhampton Baptist Church at 6112 Three Chopt Road into the new home of Saint Bridget Middle School.

Saint Bridget’s principal George Sadler said some convenient timing set the stage for the sale of the property back in 2015.

“The congregation wanted to sell the building, but they wanted someone to restore it. We were in a position where we were physically out of space,” Sadler said. “We wanted to add more programs such as a junior kindergarten, but we didn’t have the space.”

Saint Bridget acquired the building for $850,000 in the summer of 2015, and began renovation that fall, a project with of around $6 million budget.

“We looked at square footage of the space, and the repair costs. Because we were willing to repair the building, not tear down, we were able to negotiate a reasonable price,” Sadler said.

The location is about 800 feet from Saint Bridget’s current location at 6011 York Road. Sadler said it will continue to have elementary classes at its York Road school. The new middle school will be roughly 25,000 square feet.

KBS is the contractor on the new space, and WHHA + Ionic DeZign Studios was the architect on the project.

Sadler said despite the makeover, Saint Bridget is trying to preserve the building’s historical feel.

“We’ve worked very carefully to retain the historic nature of the building. If you go in the sanctuary, you’re going to see we’re doing the best we can to restore it to the look as it had when it was built in the 1900’s,” Sadler said.

To pay for the project, Sadler said Saint Bridget has generated about $2.7 million through fundraising, and have also received grants and historic tax credits.

Saint Bridget is aiming to have the middle school finished in the first week of April. 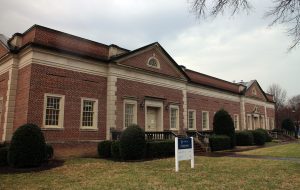 Meanwhile in Northside, Veritas School continued its streak of real estate acquisitions with the purchase this month of three buildings from the neighboring Union Presbyterian Seminary.

Veritas School paid a total of $2.8 million to buy Lingle Hall, the Newbury Center and DuBose Hall, which the school had been leasing from the seminary.

The acquisition adds 2.52 acres of land and more than 33,000 square feet of space to Veritas School’s campus.

Veritas’ Head of School Keith Nix said that with the way the school has been growing, the plan all along was to purchase the buildings before the lease was up.

This is the latest in Veritas School’s expansion in the surrounding blocks of Northside. It bought Graves Hall and Virginia Hall in 2015, and in early 2016 it bought the former Richmond Memorial Hospital. The school has spent $8 million on buildings in the area.

Nix said the school has plans to build on some of its excess land in the future.

“There are a few logical buildings that would be next, but not immediate. A performing arts center, varsity athletic space and fieldhouse, and potentially a second Upper School building with ancillary space are in the plans,” Nix said.

“The piece of property that we’re rounding out with the purchase of these three buildings is the academic quad. It gives us the core curricular space we need. In the future we’ll build out our co-curricular space, but there’s no specific timeframe on that.”

Veritas School hasn’t yet chosen a general contractor or architect for the renovation DuBose Hall, but it’s looking at a number of local firms for both.

Veritas is in the middle of a fundraising campaign to pay for the project. Its fundraising target is $4 million, which won’t quite cover the cost of everything.

“We’ll take on some additional debt, and we’re trying to keep that at a very reasonable number,” he said. “Our goal is to have debt that’s less extensive than what we’d be leasing for. Our board feels it’s responsible. If our debt is less expensive than the cost of operating under the lease, we feel really good about that.”

There is no date set for the beginning of the renovation.