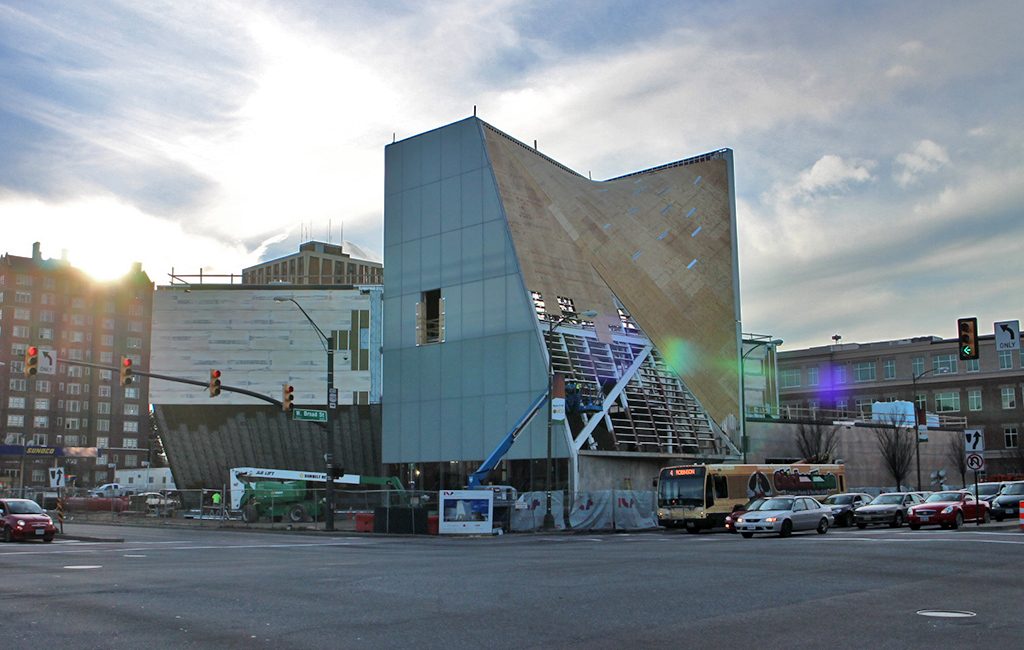 The Markel Center at the VCU Institute for Contemporary Art will open Oct. 28. (Mike Platania)

This fall, VCU will throw a party to unveil its new crown jewel.

The Markel Center at the VCU Institute for Contemporary Art, or ICA, will open Oct. 28, with a day-long festival planned for the surrounding blocks.

“We’ll be holding a block party, shutting down Pine St., and maybe part of Grace St.,” said ICA Director Lisa Freiman. “We want it to be a celebratory event for the Richmond community.”

The project broke ground in June 2014, and will be 43,000 square feet. The center was designed by Steven Holl Architects.

The $41 million project was originally planned to cost $35 million, $37 million of which will come from a capital campaign. After some delays in construction and changes in design, the cost went up. Freiman said VCU is about $1.6 million away from reaching the $37 million mark for funds raised.

The remaining $4 million will be covered by “private money from the university’s savings,” Freiman said.

The opening event, eponymously named the ICA Block Party, will feature food trucks, local breweries and other vendors. Freiman said VCU hasn’t confirmed which local businesses will be participating in the block party.

The ICA’s inaugural exhibition, Declaration, will be displayed until Feb. 25, 2018, but Freiman said the block party will feature some VCU students’ work, as well as work from local Richmond artists. 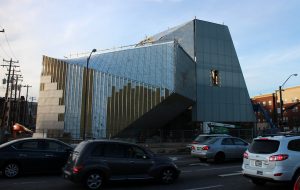 “We’ve thought a lot about how to make ICA unique to Richmond and VCU. We’re not just following other people’s centers,” Freiman said.

Freiman said VCU plans to demolish the former Ever Green restaurant, as well as the apartment building next to it on Grace Street, for parking.

Freiman and the ICA staff recently traveled to New York for a press briefing on the ICA.

“There was a tremendous amount of interest in the building, in Richmond, in what’s happening here. Not just the arts, but the overall economic development that the ICA’s a part of in Richmond,” Freiman said.

Freiman said they expect large crowds for the festival, including Richmonders as well as art tourists from all over the country. Admission for the ICA Block Party will be free.

Correction: An earlier version of this story incorrectly reported that endowment money will help fill the $4 million gap in funding for the ICA. The endowment money will be used for the long-term operation of the center, while university savings will close the funding gap.