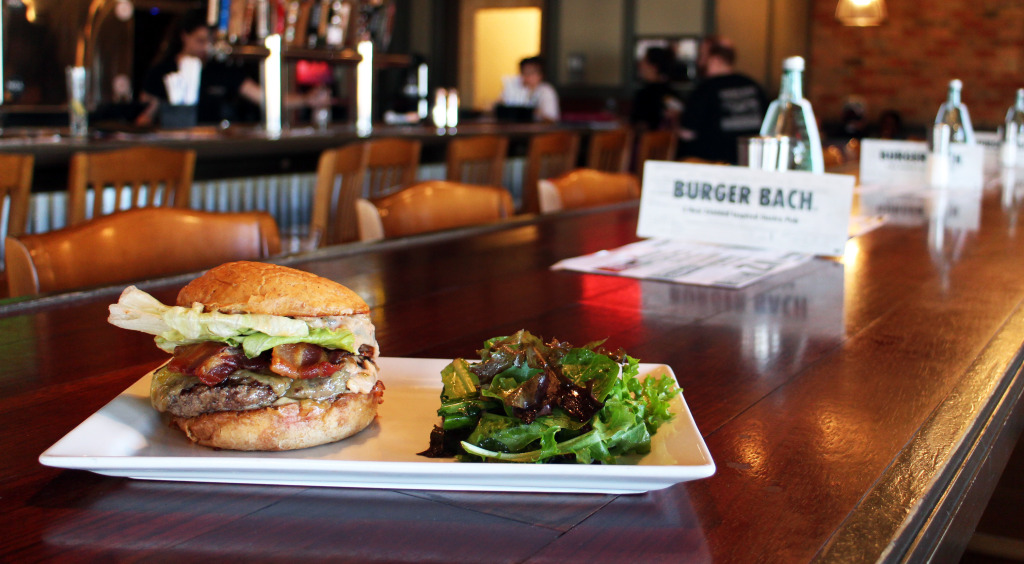 Burger Bach is moving its flagship store in Carytown to a larger location down the street. (BizSense file photo)

A Carytown success story is doubling the size of its flagship restaurant with a move down the street, freeing up some prime commercial space in the process.

Burger Bach has signed a lease to take over the former Wells Fargo branch building at 3426 W. Cary St., a block east from its Carytown location at 10 S. Thompson St.

The 2,100-square-foot building will give the restaurant an additional 600 square feet to work with. Owner Angela Whitley said she currently leases office and storage space nearby to maintain as much restaurant and patio space as possible in the 1,500-square-foot location near the corner of Thompson and Cary.

“We’re simply just out of space,” Whitley said. “We are practically using every single inch of space, and we need to grow.

“Everything will finally be under one roof. The way things are now, we have to spend more money just to maintain the space we’re in,” she said.

The new location is set to open June 1, Whitley said, with the company investing about $700,000 to upfit the space.

Local architecture firm Fultz & Singh has been tapped to oversee the design of the new space. Richmond-based Sky Commercial Interiors will oversee construction as general contractor. 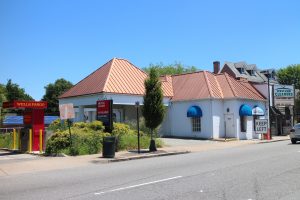 A Wells Fargo branch and salon in previous iterations, the building is planned to be transformed with patio and deck seating, Whitley said. Part of the patio will be enclosed to allow year-round outdoor seating.

There also will be entertainment options for guests, such as a bocce ball court. Whitley said additional seating could be added along the sidewalk fronting Cary Street if needed.

With the outpost farther into Carytown, Whitley said she hopes to take advantage of the retail district’s foot traffic.

“People tend to walk up to about Nansemond Street and then turn around, not even making it this far up (Cary),” she said.

Whitley is preparing to add more employees, including an additional chef, more wait staff and kitchen staff, and a manager.

She also is seeking a tenant to sublet her current spot on Thompson, which still has about four years remaining on the lease.

Known for its combination of grass-fed New Zealand beef burgers and raw oyster bar, Burger Bach was founded in 2012 by Whitley and her late husband, Michael Ripp. The local chain has since expanded with locations in Short Pump, Charlottesville and Durham, North Carolina, and recently opened a fifth location in Midlothian.