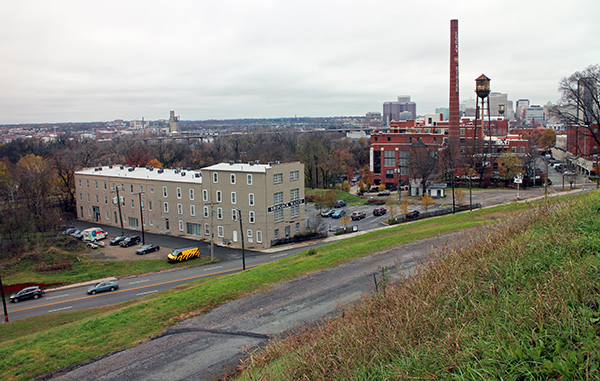 City Council approved a rezoning request for a five-story apartment building at the bottom of Libby Hill.

The path is now clear for a five-story apartment building at the foot of Libby Hill, on the same site where a much taller development once was proposed.

A rezoning requested by David White and Louis Salomonsky’s Historic Housing for a 0.75-acre parcel at 2801 E. Main St. was approved Monday by Richmond City Council as part of its consent agenda, typically reserved for items not requiring additional discussion.

That 2014 proposal received the city planning commission’s support, but ultimately was withdrawn due to concerns from area residents about impacts on views from Church Hill. The rezoning approved Monday had the support of Church Hill’s neighborhood association, which received a presentation from Historic Housing late last month.

“The original plans called for an out-of-scale, 16-plus-story building across the entire property. That would have obscured the view of the James (River) that named Richmond,” said John Sieg, president of the Church Hill Association. “The subject project will not obscure the view of the James and is in scale with nearby structures.”

Historic Housing previously sought similar zoning for another 0.75-acre parcel it owns at 2825 E. Main St., on the south side of Peach Street, opposite the Lofts at Shiplock Watch apartments. Sieg said the developer also agreed to preserve that property to further protect the view of the river from Libby Hill Park. 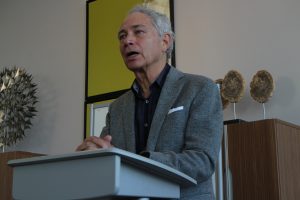 “We are grateful for the community/region support we received to resist original plans for the massive, view-blocking construction,” Sieg said in an email. “We also commend the (developer) for working with our organization and helping to find a solution that satisfied most interests.”

David White said they are working with the group on an easement for the Peach Street property, where he said they would put a landscaped parking area.

Asked why he would give up the development potential of the Peach Street site, White said: “I frankly believe that view down the river is an important view, and that piece of property is in that view, so we thought it was the right thing to do.”

Proffers submitted for the rezoned site at 2801 E. Main St., along the south side of Pear Street at the end of Tobacco Row, include a minimum of one parking space and one window per apartment, and a building façade predominantly made of glass and brick.

White said they have not yet designed a structure for the site, which Historic Housing purchased in 2001 for $131,250. He said juggling other projects caused the 15-month wait between their original rezoning request in late 2015 and the council’s approval Monday.

“There were just a myriad of issues, trying to figure out what we were going to do with other pieces of property that might impact it,” White said. “It went on longer than any of us really expected, and the Church Hill Association had a changeover in presidents and we just had to bring everybody up to date. It was not opposition or anything. It was just getting all our ducks in a row.”

Other projects on Historic Housing’s plate include Overbrook Lofts, a conversion of a former tobacco warehouse at 1650 Overbrook Road into as many as 117 apartments. Work on that project is well underway, and White said they aim to complete the first set of units by Memorial Day.

White said they also are continuing design work for Scott’s View, two six-story towers planned for a 2.5-acre site at 1400 Roseneath Road in Scott’s Addition. He said they do not have a construction timeline.

White also owns a 0.3-acre site in Shockoe Bottom, across Pear Street and down the hill from the property rezoned Monday, that recently was planned for an 11-story, 15-unit condo building by another group of developers. White has said he is looking at a possible apartment development there.