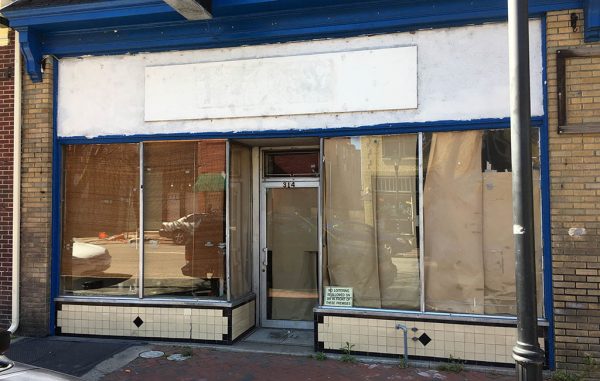 A Washington, D.C. developer has added to its downtown Richmond holdings with its second acquisition in the city this year.

Douglas Development this month purchased the vacant, 2,000-square-foot building at 314 N. Second St. in Jackson Ward for $350,000, according to city records.

Company principal Norman Jemal could not be reached for comment Wednesday afternoon.

The deal further illustrates the developer’s appetite for property around downtown Richmond. The company owns more than 20 buildings in the city, and its holdings are dense in the blocks surrounding its latest acquisition and the nearby anchor of its downtown properties – the 23-story, 240,000-square-foot Central National Bank tower that it converted into 200 apartments.

Douglas owns about 85 percent of the buildings and surface lots on the block bound by Second, First, West Broad and West Marshall streets, including its $365,000 purchase last month of the  former Friedman’s Pawn Shop building at 118 W. Broad St. It bought that property in February for $365,000, according to city records.

While Douglas’ holdings in the neighborhood are largely unrivaled, interest from other developers has grown in recent months.

The 0.75-acre surface parking lot at 200 E. Marshall St. was purchased Nov. 17 by an affiliate of Philadelphia-based Parkway Corp. for $2 million. The company said it likely will look to develop the property.

The renovations of the CNB building (“Deco”) are worth a visit for anyone interested in Richmond history. The ceiling of the old bank space is amazing. If my history lesson is accurate, the founder and builder wanted it to be on Main Street, but the southern gentlemen of the time didn’t want a Jewish owned banker to be housed on their commercial corridor. So they denied him the entitlements to build. He moved to the current location and funded Jewish merchant clients of his to transform Broad Street into Richmond’s main retail center. His building became an iconic feature in… Read more »