Six-Eight Creative was unveiled as a new graphics and design company under Dominion Service Co. Six-Eight specializes in vinyl graphics for vehicles, signs, banners and more.

Mobelux won the Webby Award for Best Mobile Site and App – Food and Drink for its work on TheInfatuation.com. 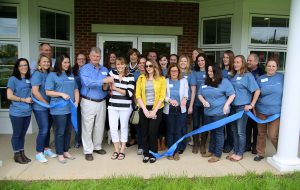 Sycamore Veterinary Hospital cut the ribbon on its new location at 13217 Midlothian Turnpike earlier this month.

Markel was announced as the title sponsor of Sports Backers’ Richmond half-marathon. The race is a part of the Anthem Richmond Marathon weekend on Nov. 11.

Dominion Payroll was announced as the title sponsor of the Cameron K. Gallagher Foundation’s SpeakUp5k race. The race will be held Sept. 9.

The Partnership for Housing Affordability is hosting its 10th annual Affordable Housing Awareness Week. The nonprofit is hosting several volunteer projects through the city in collaboration with 17 other local nonprofits.

The Alzheimer’s Association is working with local advocate Katy Reed to introduce End Alzheimer’s license plates in the state of Virginia. Plates are being pre-sold and are pending DMV approval. 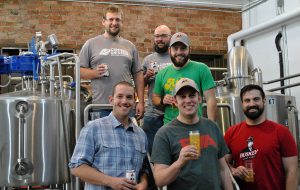 Buskey Cider and Center of the Universe Brewing collaborated on a gluten-reduced brew. (COTU)

Origin Beer Lab and Buskey Cider collaborated to brew a gluten-reduced beer/cider hybrid. Origin is a satellite taproom of Center of the Universe that opened in downtown Ashland in February.

Courthouse Creek Cider re-opened last weekend after its home and tasting room sustained fire damage at the end of March.