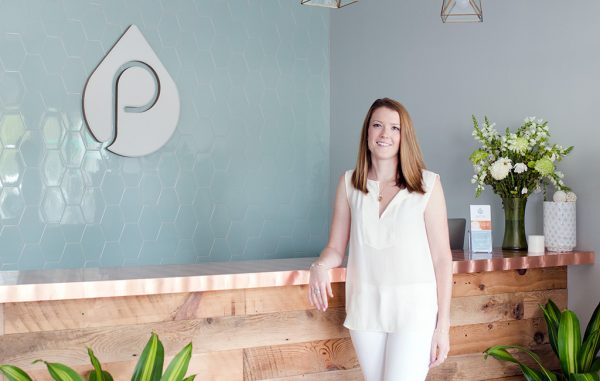 Mary Woodbridge inside the Purify lobby on Patterson Avenue. (Purify)

The glow of a new Short Pump development has lured another local business.

Purify, a sauna studio on Patterson Avenue, has signed a lease to open a second location in GreenGate, a 75-acre mixed-use project on West Broad Street.

Unlike traditional saunas, Purify’s rooms have panels on the walls that project infrared light, which enables detoxification and higher heart rates for those inside.

She said she’d always wanted a second location, and heard of GreenGate through a connected client.

“Libbie (Crane) of Cyclebar put the idea in my head. From there, it happened super fast,” Woodbridge said. Crane is co-owner of the Cyclebar cycling studio franchise that opened in GreenGate earlier this month.

Purify will neighbor both Cyclebar and Carytown Bicycle Co. Woodbridge, a Virginia Tech grad, said she hopes to open in fall 2017. 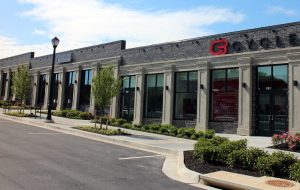 Purify will open between Cyclebar and Carytown Bicycle Co. in GreenGate. (Mike Platania)

Woodbridge said the new location will mirror the first. At 1,700 square feet, the second outpost will be smaller than Purify’s Patterson location, but will offer a slightly larger sauna for groups of four or more.

Method Massage & Bodywork will sublease a room in the space, as it does in Purify’s Patterson location.

Aiming to bring the walkability of the Fan and downtown to the West End, GreenGate has drawn both local and national restaurants and retailers. Starbucks and Mellow Mushroom are operating in the development, while local restaurants The Daily, Red Salt and Coast are on track to open this summer.

“The biggest attraction for me was the other local businesses nearby,” Woodbridge said.

With the future of “traditional” retail in question, the GreenGate team is doing a terrific job of concentrating on services and specialty stores in this development. Smart.