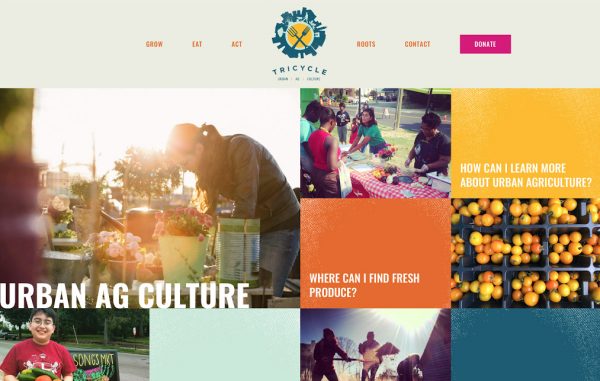 BigTree is wrapping up a rebrand for locally based Piperbear Properties, including logo, business cards, yard sign, and website design and development.

Flatland Creative completed a video for the National Academies of Sciences, Engineering and Medicine. NAS provided the script for the video, which compares climate change to baking and burning cookies, while Flatland handled storyboards, illustration, animation and post-production.

Spurrier Group was named agency of record for Old Dominion University. The firm will provide branding, advertising and marketing communications services to ODU in collaboration with Philadelphia-based ad agency 160over90 and local business consulting firm Albright Group. Spurrier competed with at least 12 other agencies for the contract, which is for a year with nine renewable option years.

Barber Martin Agency launched a new campaign for Chesterfield Auto Parts. The “Pick With Pride” campaign, which targets young pickers and females, includes television, digital, radio and outdoor advertising. The 15- and 30-second TV and online video spots feature a mechanic speaking with someone else’s voice who’s revealed to be a young man or woman. Digital and outdoor ads show used parts found at the junkyard with taglines such as “Used headlights. Bright futures.”

River City Consulting is working with Levco Management on a rebranding of its Iron House Apartments on West Broad Street. Work will include updating the name, logo design, website and marketing materials. It is the fifth property River City has branded for Levco, which also received an updated brand identity.

Sprocket Media Works moved from its rowhouse space at 11 S. Foushee St. to a standalone building at 4118 Fitzhugh Ave.

VCU Brandcenter executive director Helayne Spivak announced she will step down from the post in about a year. The VCU School of Business has formed a search committee and plans to hire a firm to assist in the search for a new director.

The Brandcenter graduated its 20th class of students. Of the 101 graduates, 29 had jobs lined up prior to graduation. Dan Wieden, co-founder of Oregon-based Wieden+Kennedy, was this year’s commencement speaker. Earlier in the month, 250 recruiters representing about 140 companies took part in the Brandcenter’s annual recruiter session.

Hodges was recognized with seven other awards for account work from 2016, including two Awards of Excellence for work for Swedish Match and Connexions Loyalty.

Vance won a PRSA Award of Merit for work for Children Incorporated.

Ndp won five PRSA awards, including two Awards of Excellence for its promotion of eXperience 2016, a two-day summit in Roanoke, and for an article titled “Breaking the Silence: Domestic Violence.” The agency won three Awards of Merit for its “For a World Without Cancer” video for VCU Health and its “Stroke Moves Fast” campaign for Texas-based United Health System.

Madison+Main won an award from the Society for New Communications Research of The Conference Board for its anti-human-trafficking campaign work for Virginia’s Office of the Attorney General. The Digital and Social Media for Social Good award recognizes use of digital, mobile and social media. The campaign was created in partnership with MNI Targeted Media.