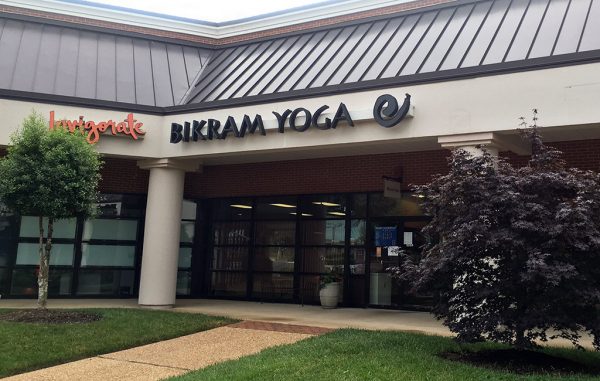 Bikram Yoga Richmond at 3024 Stony Point Road and another in the West End were sold June 1. (Mike Platania)

A trio of local yogis is moving from the mat to the owner’s desk.

Bikram Yoga Richmond, which has two studios in the area, is under new ownership after Rachel Mzhickteno, Stephanie Greis and Victor Perea purchased the business. The group closed the deal with former owners Garland Hume and Tighe Antrim on June 1.

Mzhickteno and Greis are longtime instructors at BYR, while Perea’s been a student at the studio. Mzhickteno said after learning the previous owners were ready to move on, the three felt they had the business sense and yoga acumen to run it.

“To be an owner, you have to be 100 percent dedicated to teaching. Teaching was our only job, and we wanted to step into ownership,” Mzhickteno said. 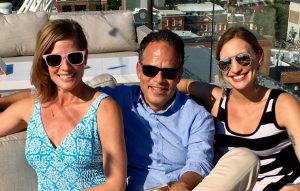 Mzhickteno said it’s planning minor renovations for each spot, with the Stony Point location getting a new look in late July.

“We’re getting a cork floor for Stony Point, it can stand up to the humidity and all the sweat,” Mzhickteno joked.

The new ownership will add hour-long classes – a break from BYR’s usual 90-minute sessions. Drop-in rates for classes start at $20.

“People are busy and we want to make sure everybody can practice,” Mzhickteno said.

Bikram Yoga Richmond is a locally owned business and not part of a larger franchise.

BYR isn’t the only business in town turning up the heat on health. Sauna studio Purify is preparing to open its second location in GreenGate, while Hot Yoga Barre and Humble Haven opened in 2015 in Willow Lawn and Shockoe Slip, respectively.

Correction: An earlier version of this story incorrectly spelled Tighe Antrim’s first name. It has been corrected.

Love these new owners…Stephanie and Rachel add so much energy to every class they teach and as managers have been just the same. As the “hands on” owners they are going to be wonderful!! Bikram Yoga has a saved my back – so thankful to have such a great studio in RVA