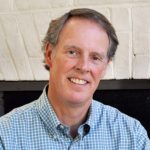 E. James Wiley III has launched At Your Door Pediatrics, a house-call-only medical practice in and around the West End. Wiley said he brainstormed the idea last fall, and launched the service in May.

“With the way healthcare’s changing, it’s more outcomes-based as opposed to good old-fashioned service,” he said.

“I liked the idea of going the old-fashioned way. I get to see (the kids) in their natural environment, see what they’re exposed to. That’s invaluable information for a pediatrician.”

Wiley said he’s invested about $10,000 into the business. He financed At Your Door through a home equity loan from EVB.

The healthcare provider’s rates are time-based, and Wiley is offering a subscription-based primary care membership as well.

“It’s a monthly fee which includes checkups and access to me 24/7 – they can text, call or email me whenever,” Wiley said. He added that he handles specialist appointments if needed for members.

Wiley’s the only employee, and he’s running the business out of his home. At Your Door is not working with insurance companies.

“I’m cutting out the overhead dramatically. I’m a one-guy operation. People should obviously still have their insurance. But with the business for me, people never hit their deductible,” Wiley said.

At Your Door is based in the Near West End, and Wiley said he’s operating in a 10- to 15-mile radius around the city.

“A thriving practice for At Your Door would be about 100 or 200 patients, whereas I had thousands before,” Wiley said.

The son of Jimmy Wiley Jr., who was also a local pediatrician, Wiley III has practiced in Richmond since 1995. He studied at the University of North Carolina and went to medical school at the Medical College of Virginia, and completed his pediatric training at UVA and the Wake Forest School of Medicine.

Another business looking to cash in on yesteryear in Richmond is Midwest-based milk and ice cream company, Oberweis Dairy, which recently moved into the market to deliver glass milk bottles to peoples’ homes.