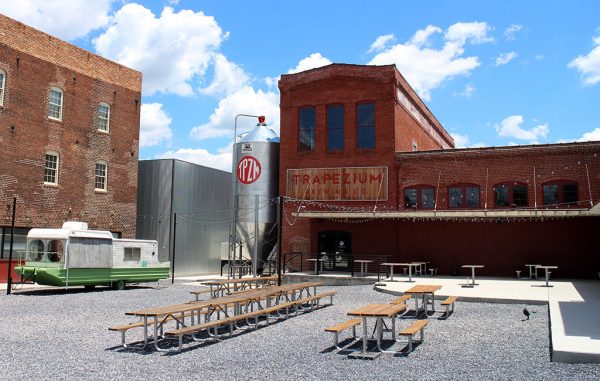 Trapezium Brewing Co. is preparing to open a satellite taproom in Bedford, Virginia, while also adding a brandy still to its flagship facility at 423 Third St. in Petersburg.

The Bedford location, about 140 miles west of Richmond, will operate under the Trapezium offshoot Beale’s Beer Co. brand.

Trapezium co-founder and owner Dave McCormack said the company will spend $2.3 million on the 15,000-square-foot, 30-barrel brewing system in Bedford, which is similar in size and brewing capacity to the Petersburg operation.

McCormack said the Beale’s project is being funded in part by a $600,000 industrial revitalization grant from the state, which will be matched through a bank loan it received in Bedford County. 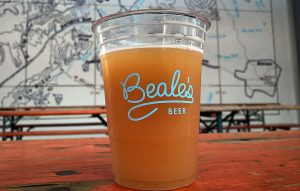 “We’re thinking Trapezium and Beale’s will have a Superman and Clark Kent relationship,” Frazer said. Trapezium is where they try more bold, experimental brews, while Beale’s will offer more traditional beers.

“There are so many craft brews out there, and a lot of them are doing the same thing – tons of IPAs and high-ABV beers,” McCormack said. “The entire Beale’s brand is meant to feel a little vintage, back when beer was really simple and fun.”

The company plans to distribute Beale’s beer, some of which will be packaged as 8-packs of 11-ounce stubby bottles.

And while Trapezium was one of 10 local breweries to take home some hardware at last week’s Virginia Craft Beer Cup, it’s looking to add more than just beer to its portfolio.

The firm has purchased a brandy still and looks to begin pouring spirits in six to eight months in Petersburg.

“We’ll make some of our own peach brandies and apple brandies, using Virginia-grown ingredients,” Fraser said.

The still will go into a building adjacent Trapezium’s flagship brewery.

Correction: An earlier version of this story incorrectly referred to Trapezium as Petersburg’s lone brewery. Ammo Brewing is also in operation.